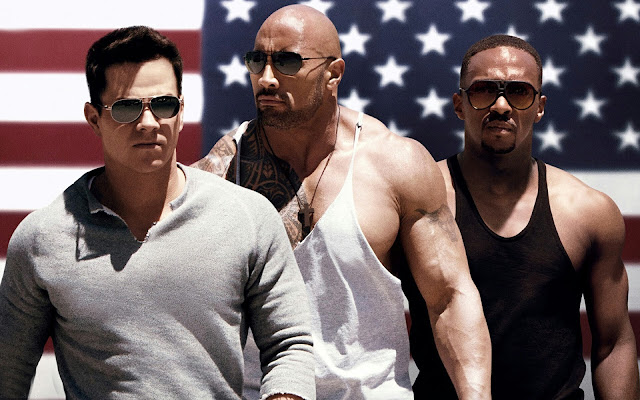 Sometimes you’ve got to be smart to get away with being stupid. Michael Bay’s latest offering Pain and Gain is proof that if a film is going to be silly and ridiculous it has to stay fully committed to make it work. Mr Bay has taken a break from his goliath Transformers franchise to tell the real life story of three jacked-up, protein-munching body builders who get embroiled in extortion plan which goes horribly wrong.

Is this high art? Well no, but then shame on you for looking for high art from the director who brought us such classics as Bad Boys, The Rock, Armageddon and Pearl Harbour. Keeping that in mind though, this is a cheeky satirical look at the director’s earlier films and at the same time is based upon actual events in Miami in 1994, which -- let’s be honest -- is the spiritual home of Michael Bay, given his proclivity for muscle bound lads, busty blondes in skimpy underwear, exotic cars, mansions and all the forgettable fashion trimmings of the day.

This story works for the most part because of the performances. Mark Wahlberg plays Daniel Lugo, a personal trainer who wants his slice of the American dream. After going to see motivational speaker Johnny Wu (Ken Jeong), he decides to become a ‘Doer’ instead of a ‘Donter’ and is convinced that nothing should stand in his way. His opportunity comes along when he meets his latest client Victor Kerhsaw (Tony Shalhoub) who starts bragging about how much disposable cash he has. Lugo convinces fellow trainer Adrian Doorbal (Anthony Mackie) and reformed thief Paul Doyle (Dwayne Johnson) to kidnap Victor and get him to sign over his assets to them. Given that these aren’t exactly criminal masterminds we are watching the trio continue to bumble their way through their endeavours. Mark Wahlberg is at his comedic best despite whatever situation he finds himself in, he still manages to relate it back to his self-help mantras. I’d liken his performance in this as his roles in Boogie Nights, Ted and I Heart Huckabees. Dwayne Johnson delivers possibly his best performance to date, in a role that sees him playing a devout-born-again-Christian after finding Jesus in prison. His moral compass goes missing as the film goes on which results in very amusing fall from grace for the big guy especially as he gives into old cravings. Tony Shalhoub is at his sleazy best as the reproachable and unlikable victim in the matter. Home grown Aussie comedian Rebel Wilson plays Anthony Mackie’s nurse/girlfriend and unfortunately she isn’t really allowed to do anything outside of her usual shtick. I think her best work is ahead of her and I don’t want to see her just getting type casted as the larger woman who says inappropriate comments. 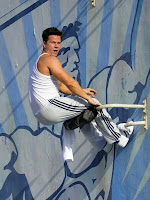 Michael Bay’s direction is for the most part fairly restrained, well at least by his standards. He has a fair few of his usual go-to-shots like the American flag flapping slowly in the wind, Aeroplanes flying low over the Miami Skyline and beautiful sunset shots. For the most part though I loved that he didn’t have any massive explosions or drawn out gun battles the likes of which have plagued his filmography. This is the type of story usually told by filmmakers like the Coen Brothers or David Mamet, storytellers who are slightly more invested in character development. I was impressed that Bay took the chance on this one. This is a real departure from the types of stories he usually tells and has a fair degree of social commentary to boot. The 90s setting was recreated with such finesse that I half expected Detectives Mike Lowrey and Marcus Burnett to be cruising around the same Miami Streets. It’s fair to say that his projects to date have been the equivalent of a McDonalds meal, tasty but ultimately forgettable. My only real problems were the film was the length, at over two hours it felt a tad bloated towards the end. By trimming twenty to thirty minutes it could have become a far snappier film. At times the pace seemed to drop off for no particular reason. Also there seemed to be too much use of the ‘Go-Pro’ style camera. The problem being that the digital look was quite jarring when compared to the rest of the film, it was a flourish that did nothing for the overall style.

Pain and Gain is an enjoyable crime comedy with a few twists and turns. The performances of Mark Wahlberg and Dwayne Johnson alone make it worth seeing. This is a bizarre story which really must be seen to be believed. Fans of Michael Bay will have a ball. Pain and Gain is in cinemas from the 8th of August. If you see the film and agree or disagree with my review feel free to drop a line below.