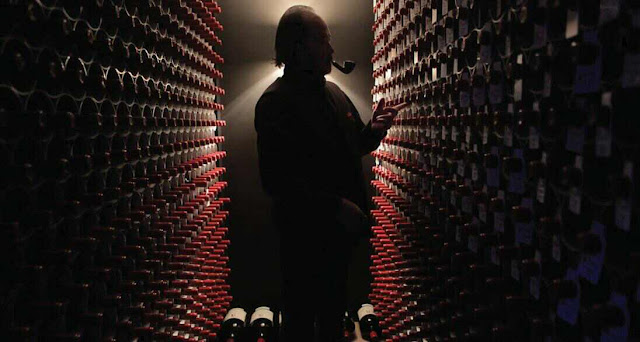 Red Obsession, the latest documentary from Australian duo David Roach and Warwick Ross looks at the effect China’s economic growth is having on Bordeaux, one of the most iconic French wine regions. Whilst full of some beautiful photography of the French countryside and plenty of wine porn for those lovers of the plonk, sadly for me the film revealed more about the filmmakers' opinions of China than it did the plight of the French Wine industry. Ultimately I came away feeling the film missed it mark completely and ended up being a naive bordering on racist look at global economics.

Told in a basic three act structure, the first of which highlights what a robust and everlasting wine region Bordeaux is. The landscape is straight out of a fairy tale and captured well by cinematographers Steve Arnold and Lee Pulbrook, mind you they do use the same camera angle four or five times, an arcing shot over each vineyard which got a tad tiresome. Via Russell Crowes’ narration we are told the history of the region and the current state of wine production. It’s a succinct opening sequence which i appreciated because it informed me about the region. The cracks then start to appear as the film races through several interviews to highlight the major issue of the film, namely that recent Chinese investment in the wine market is causing prices to skyrocket. Here in lies my first problem with the film. We are looking at some of the most exclusive wineries in the world. These aren’t ma and pa produces coming under fire from foreign powers trying to squeeze them out of business. The filmmakers are asking me to sympathise with these producers who are now able to charge astronomical prices for their goods. I’m kind of struggling to work out why this is an issue. To make matters worse the film takes a shot at the wine critics who have brought these wines to the attention of the rest of the world, shame on them for being around to write glowing reviews of such wines. I could understand the concern if the increase in demand was having at adverse effect on the environment i.e. increased farming lands, carbon emissions and what not but the only affect the film points out is that the wineries have been forced to sell more of their rare reserve stocks at even higher prices! Oh no! Say this isn’t so, very hard for me to feel their pain. 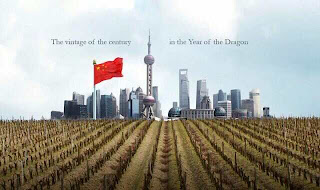 The second act focuses predominately on the Chinese investors and the growing Chinese wine market. The face of which is Billionaire Peter Tseng, whose wine collection is estimated at $60million. He is a rather quirky man who has a passion for the better things in life, which given his wealth that is to be expected. Mr Tseng was asked how earned his money which at this point the film cut to an extended shot of rubber sex toys on a conveyor belt, since he is China’s leading manufacturer of sex toys. As if to say look at the type of person he is. Clearly he’s a purveyor of sex and smut not a person who should be collecting such fine wine. It was obviously done to undermine him and paint him in a certain light or just shocking editing. Either way it’s sloppy manipulative storytelling. I may be wrong, but just think about this for a moment, this film is made by David Roach and Warwick Ross both of who worked on such films as Young Einstein and Reckless Kelly, the Yahoo Serious gems from the 80s. Does that change your opinion on what they would be like as documentary makers? I would hope it doesn’t but it just as easily could. The film goes on to portray other Asian investors as obsessive and over spenders, which is just ludicrous considering I thought that’s how economics and collecting works. People with the most money usually get what they want, right? I found it strange that the filmmakers were making such an issue out of the Asian investment. I wonder if they would care if the British or French themselves were doing the same. I mean the film actually criticises the Chinese investors because it claims that the Chinese are only buying the wine as a status symbol to show off their prosperity. I guess unlike every other country in the world where the wealthy buy sports cars, mansions, football teams and the like. It really was such a frustratingly childish look at the world. 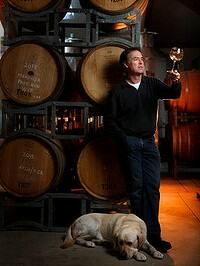 The most interesting aspect of the film for me was the attempts by the Chinese to establish their own wine making regions. This had potential to unearth some interesting characters; however the film breezes through it without letting us get to know anyone. Even worse the film makes light of the fact that in 2012 a wine from the region was recognised with an award at an International competition. The film included a critic actually saying the wine survived three blind taste tests so I guess it’s hard to argue with, just another example of the film always casting the Chinese in a certain light. 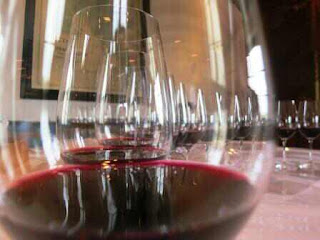 The final act of the film returns to Bordeaux and reinforces the message that no matter what happens in the global economy the region will continue to produce outstanding wines for generations to come. So all in all undermines the entire story the filmmakers presented, in the sense that despite the impact of the Asian investment the show will simply go on. I found this a peculiar way to finish the film.

With a running time of only 79 minutes the film felt awfully rushed. This is compounded by the fact that there are so many talking heads on screen that it’s hard to keep track of who’s who. I would have preferred the film to just focus on few issues instead of trying to chase every rabbit down every hole. Certain issues were glossed over in order to focus on far less interesting ones. Like a good bottle of red they needed to let it breathe a little before consumption. Ultimately I guess you better get out there and snap up your $60,000 case of Chateau Lafite before the Chinese come and steal it, just don’t hide it under your bed if I recall that’s where they like to hang out…

Red Obsession is in selected cinemas from the 15th of August, if you have seen the film and agree or disagree with my review feel free to leave a comment below.