Graphic 2013 Starts off with a CLUCK

I was privileged enough to attend the opening night of this year's Graphic festival - a weekend celebrating comics, animation & music which is held at the Sydney Opera House from Friday 4th of October till Monday the 7th of October. 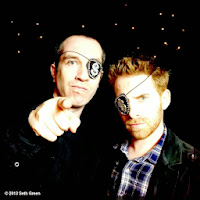 Running since 2010, Graphic has garnered a reputation worldwide for presenting unique and exciting performances, talks, and workshops involving some of the best creative minds in the world. This year is no exception.

The opening event of Graphic 2013 was 'Robot Chicken Live'. Co-Creators Seth Green & Matt Senreich brought along some of their friends involved in the show (Tom Root, John Harvatine IV, Eric Towner & Doug Goldstein) to host a Q&A panel about the series.

First up was a best of series of questions that were submitted by Madman entertainment from fans that emailed in. This was followed by the panel explaining their favourite clips from series & showing on the big screen. These are listed below: 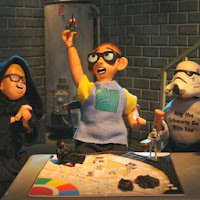 The floor was then open to the public to ask the creators questions with the time that was remaining. After which the crowd lined up for Autographs.

If you missed out on Robot Chicken Live they will be part of the 'An Animated Life' panel on Sunday the 6th of October at 5:30

Other highlights of this year's festival include:
- Art Spiegelman's 'Wordless!', a event which has the comic book legend himself explore his extraordinary life & present new work, set against music by critically acclaimed jazz composer Phillip Johnston

- '9 Lives' a new project by the multidisciplinary genius Dave McKean will have it's world premiere at Graphic. The creator famous for over 150 Album covers, the Batman graphic novel 'Arkham Asylum', and creating the cover art for comic book series 'Sandman', will narrate three stories. All will be set against 6 original songs by him along with animation, film & his artwork.

- The legendary Cinematic Orchestra will debut a world exclusive survey show accompanied by the 40-Piece Sydney International Orchestra. This event will have stunning new visuals created by the ground breaking multi-media collective, The Light Surgeons. 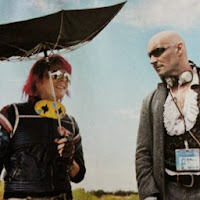 - Comic book genius Grant Morrison (The Invisibles, Batman: Arkham Asylum, New X-Men, All Star Superman) joins Eisner-wining rock star Gerard Way (ex My Chemical Romance, Umbrella Academy, True lives of the Fabulous Killjoys) in conversation on their incredible careers. I managed to meet Grant Morrison and Gerard Way at the opening night drinks. You could feel the spark of creativity amongst these gentlemen as they spoke.

It was quite the honour to meet Grant Morrison as I am big fan of his work. We talked about comics in general, things that have changed with characters he's created, and what he's currently working on. He told me a tale about comic series he was going to be involved with that never got created when I said I was a Spider-Man fan.

Graphic 2013 lives up to the expectations of previous editions and then some. This festival should not missed this weekend.