Just when you thought that the Japanese Film Festival couldn't get any bigger or better, The Japan Foundation Sydney have announced FOUR superstar guests who will be attending this years festival in Sydney and Melbourne.

Yachigusa stars in 2 films in the 2013 line-up, The Great Passage and Don’t Lose Heart. She will be coming to Sydney to attend the screening of Don’t Lose Heart on Sunday 23 November at Event Cinemas.

Yoshihiro Fukagawa has directed many impressive films in his career to date. His film Into the White Night was screened in the Main Programme of the Panorama section at the 61st Berlin International Film Festival in 2010. He is currently directing his latest film In His Chart 2, scheduled to be released in 2014. Fukagawa takes a break from his busy schedule to accompany actress Kaoru Yachigusa to Sydney’s screening of Don’t Lose Heart on Sunday 23 November at Event Cinemas, George Street. 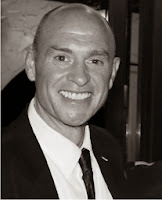 
Ken Isaacs is an Australian Film Producer whom lived in Asia for 18 years, 16 of which were in Japan. In 2007 Ken produced the Singapore based Easternlight Films production of Dance of the Dragon starring Jason Scott Lee (The Bruce Lee Story - Balls of Fury - Hawaii Five-0) and Fann Wong (Shanghai Nights). Ken marketed the film globally and it went on to win no less than nine awards at Festivals worldwide. After returning to Tokyo, Ken was the consulting Producer on the Sony Pictures production of the best-selling novel Rainfall starring Academy and

Emmy Award nominated actor Gary Oldman. In 2010-11 he went onto collaborate, package and co-produce Blindly in Love, which enjoys critical success and screens throughout Japan. Ken will be in attendance for the first screening of Blindly in Love in Sydney on 16 November at Event Cinemas, George Street.

Satoshi Miki, director and screenwriter of award-winning Adrift in Tokyo, is renowned for his ability to effortlessly weave tales that seem humorously pointless but provoke deep-thought. Miki’s casual job as a broadcast writer during his student days at Keio University was the beginning of his career in the entertainment industry as a screenwriter for variety shows. He then started stage directing and expanded into television drama series and films such as Insects Unlisted in the Encyclopaedia, which screened at the 2008 Udine Far East Film, and Instant Swamp, which premiered in North America at the 2009 Fantasia International Film Festival. Miki will be attending the Melbourne’s screening of his newest film, Ore, Ore (It’s Me, It’s Me) on Friday 6 December at the Australian Centre for the Moving Image (ACMI).
2013 Japanese Film Festival JFF Kaoru Yachigusa Ken Isaacs Satoshi Miki Yoshihiro Fukagawa