Just when you thought the Japanese Film Festival couldn't get any bigger, the Japan Foundation Sydney have announced that Western Sydney Wanderer's star Shinji Ono is the festival's official Cultural Ambassador.

Full details after the jump.

For the first time in festival history, the 17th Japanese Film Festival is honoured to have A-League Football Player for NRMA Insurance Western Sydney Wanderers, and one of the biggest stars in Asian football Shinji Ono, as the official Cultural Ambassador for 2013.

“I am honoured to be the Cultural Ambassador of the 17th Japanese Film Festival in Australia. It‘s great to see Australians, young and old, eager to learn about Japan through film, language, culture and sport. I encourage you to continue coming to the film festival and to make sure that you share your experiences with others about all that Japan has to offer on screen and off screen” says Ono.

Ono will be in attendance at the Opening Night screening of the Sydney leg of the festival, The Great Passage on Thursday 14 November at Event Cinemas, George Street.

Festival Director Mr Masafumi Konomi says, “Ono is perfect ambassador for the festival as through sport he crosses cultural bridges, bringing fans from all walks of life and from all different countries together. That is exactly what our festival aims to achieve. We are very proud to have Ono’s support for this year’s festival and Japanese culture in Australia.”

For further information about the festival head to http://japanesefilmfestival.net 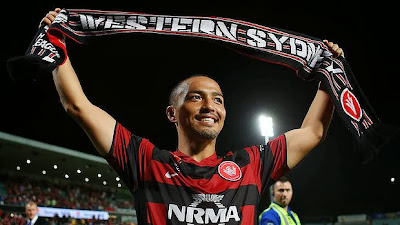