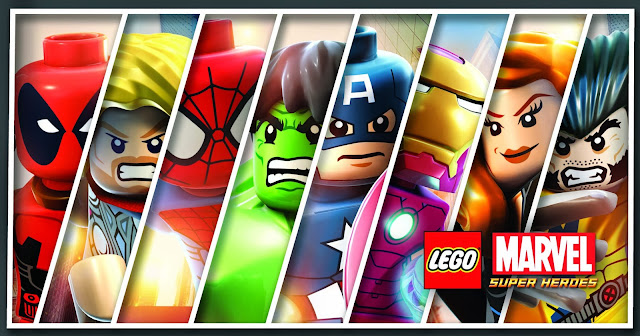 LEGO Marvel Super Heroes, where have you been all my life? Over the years a tonne of video games based on Marvel properties have been released but none have been as whimsical and downright fun as LEGO Marvel Super Heroes. Sure, Maximum Carnage and Captain America on Super Nintendo and Spider-Man and The Incredible Hulk: Ultimate Destruction on Xbox were fun, but none of them captured the scale of the Marvel Universe like in this game.

Set in a Marvel-esque New York City, this sandbox adventure is full of space to explore and discover. This is a true LEGO city and gives players the ability to explore and learn about their environment, just as the physical toys tend to promote. Fans of Marvel like myself will waste hours upon hours exploring the city from on high in a S.H.I.E.L.D Quinjet, rocketing past the Baxter Building and Stark Tower as Iron Man or web slinging by the Daily Bugle as Spidey or Venom. Not only is there a massive roster of characters to unlock, but also different variations of costume.

This game has done a fantastic job of blending the cinematic universe of the recent Marvel Studios films and the standard Marvel 616 Universe. The result is a Marvel U that's approachable by fans of any vintage, fans of the books, of the movies and of course adults and kids. After all, no one actually dies, they just get put back together!

With hundreds of Marvel characters waiting to be unlocked, the replay value of this game cannot be understated. The desire to explore the city, collect tokens and unlock characters from Spider-Man to Doctor Doom and Howard the Duck to Squirrel Girl is compelling, and probably more enjoyable than the main story itself. That’s not to say that the story isn’t enjoyable, in fact it’s a delightfully tongue in cheek look at the silliness of comic books, akin to Marvel’s Super Hero Squad.The whole story makes full use of the ridiculous nature of comic book heroes by poking fun at just about every character and their inherent character traits. Long-time Marvel voice actors return to familiar ground and deliver some hilarious and sharply delivered dialogue. Clark Gregg reprises his role as Agent Coulson and serves as your taskmaster throughout the game while Stan Lee makes multiple appearances as… err… Stan Lee. Also, for the record, Fred Tatasciore IS the Hulk. ‘Nuff said.

In terms of gameplay, this is standard LEGO fare. Certain characters have certain skills which can unlock certain areas of a mission while the core cast of characters are able to complete the general storyline by themselves. This at least allows for an enjoyable albeit speedy game. However, if you're a completionist or somewhat of a comic book nerd, set aside plenty of time to spend concentrating on unlocks and trophy hunting. Visually the game looks great, even though the lack of texture can make things look deceptively simplistic. The highly polished, vibrant exterior is sometimes let down by a small amount of "tearing" but overall this is a great looking game. Don't forget to let your various characters stand idle at times just to see what they do. Even the same character with a different costume will act differently when left to their own devices.

With the release of this single title, the LEGO video game franchise has been saved from “Jumping the Shark”. After the disappointing LEGO Harry Potter and Lord of the Rings games, it is great to see an expansion of gameplay and scope which ultimately assists in making the franchise relevant for the next generation of gaming. LEGO Marvel Super Heroes is THE Marvel game I’ve been waiting for my entire life. This is the most innocent, pure hearted fun I've had with a controller in my hand for a long time. Play well!