Ubisoft, one of the most consistently gaming publishers, have just announced the release of the collected Far Cry works in Far Cry Wild Expedition. Upon its release in 2004, Far Cry was one of the most graphically advance games on the market. Never before had landscapes looked so lush and realistic. Add to that some fantastic gameplay and an increasingly creepy story line and you had one of the best gaming experiences of the generation.

Thankfully, Ubisoft have decided that current gen gamers should have the opportunity to experience all the fun for themselves.

SYDNEY, AUSTRALIA — January 10th 2014 — Ubisoft has announced that to celebrate the 10-year Anniversary of the Far Cry® franchise, a complete compilation called Far Cry Wild Expedition and including Far Cry Classic, Far Cry 2, Far Cry 3 and Far Cry 3: Blood Dragon will be released in Australia and New Zealand. The compilation will be available on February 13th, 2014 for the Sony PlayStation®3 Computer Entertainment System and Xbox®360 at the price of AUD$59.95 and PC at the price of AUD$49.95.

In addition to the release of this retail compilation, Far Cry Classic will be available on February 13th as a standalone downloadable title for the Xbox LIVE Arcade and the Sony PlayStation Network.

Each Far Cry game included in the Wild Expeditions compilation offers a unique storyline and setting that will keep gamers playing for many hours and experiencing the expansive open world beauty, original narrative and the memorable characters combined with Far Cry’s classic FPS gameplay. 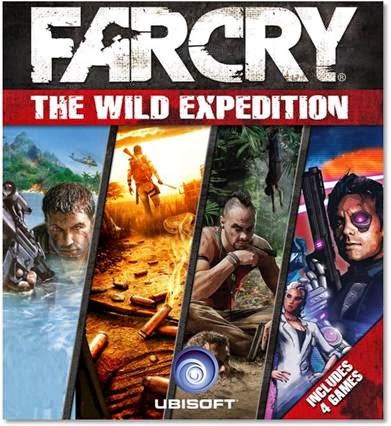 Far Cry 2 – Caught between two rival factions in war-torn Africa, you are stricken with malaria and forced to make deals with corrupt warlords on both sides of the conflict in order to hunt down your mark – The Jackal. This version includes the full single-player campaign and Multiplayer.

Far Cry 3 – Beyond the reach of civilization lies a lawless island ruled by violence and human suffering. This is where you find yourself stranded, caught in a bloody conflict between psychotic warlords and indigenous rebels, where your only escape is through drugs or the muzzle of a gun. Includes the full single-player campaign, Multiplayer, and Co-op modes.

Far Cry 3: Blood Dragon – The year is 2007. It is the future. You are Sergeant Rex Colt: Mark IV cyber Commando. Earth has been ravaged by a nuclear war, which erupted in the 90s. Get the girl, kill the bad guys and save the world. Includes the full single-player campaign. “Packed with entertaining action and hysterical writing, Far Cry 3: Blood Dragon is an ‘80s-inspired blast.” – Kevin VanOrd, Gamespot.
Far Cry Far Cry Wild Expedition Games gaming PC PS3 Ubisoft xbox 360