Before I jump into this review I feel I should come clean; I'm no TopCow fan. Although I've dabbled with some of their titles from time to time, their roster of characters have never really resonated with me. I blame this almost exclusively on my personal taste although the intimidating continuity of the TopCow universe has always been a turn off. This probably begs the question as to why on earth I am here reviewing Artifacts #34.

The answer is twofold; for starters it's a one-shot so is free from the entanglement of continuity but more importantly it's written by Eugene Ward and illustrated by Martin Gimenez, both of whom have never been professionally published before. It's always a real thrill to see new talent, something the incestuous comic book industry could always use more of. 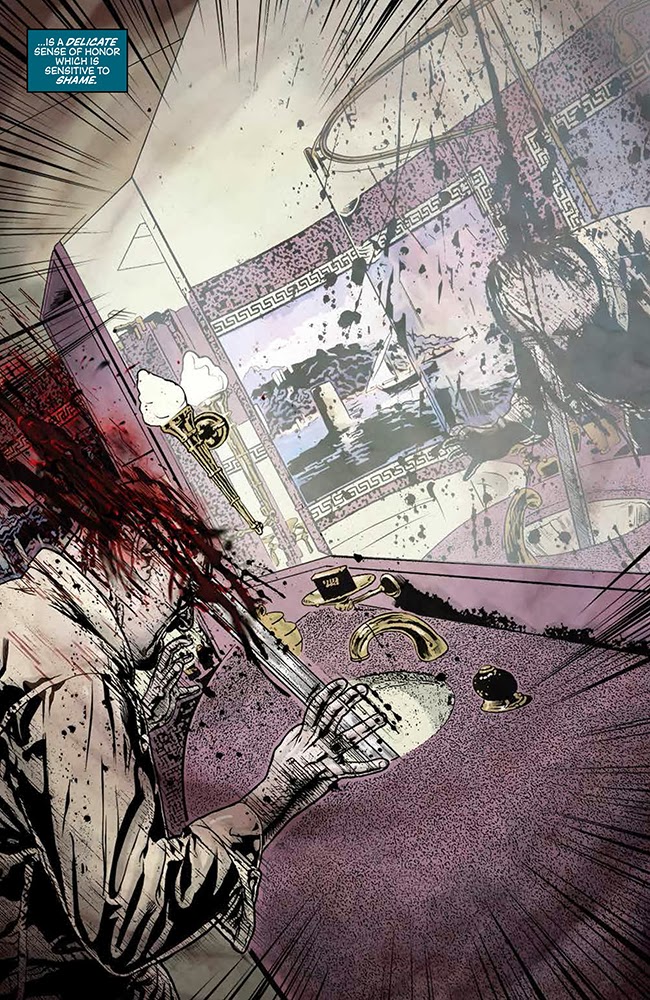 Artifacts #34 is a self-enclosed tale starring Ian Nottingham, the bearer of the mystical artifact known as the Blood Sword. This 22 page thrill ride sees Ian carving a trail of death through the ranks of the Yakuza in some of the most creative deaths I've seen in a while.


The violence comes non-stop like it would in a Tarantino movie, barely pausing for breath. The bloodshed begins in a brutal splash three pages in and doesn't really let up at all until the closing pages of the book.

Ward and Gimenez dance a fine line between over-the-top ultra violence (the sort of thing we see in pretty much every creator owned work of Mark Millar) and a more believable grittier, stylized brand of violence. For the most part they pull off the latter, no doubt due in part to Gimenez's precise line work and Ward's believable dialogue. Ward also uses a desensitization by immersion approach in which the level of violence never really lets up so it comes across as more fun than shocking when a Yakuza goon meets their grizzly end. I found myself thinking 'Oh man I can't wait to see how Ian is going to waste these guys' rather than 'holy crap that guy just got sliced in half'.Which is always a good thing in my books. 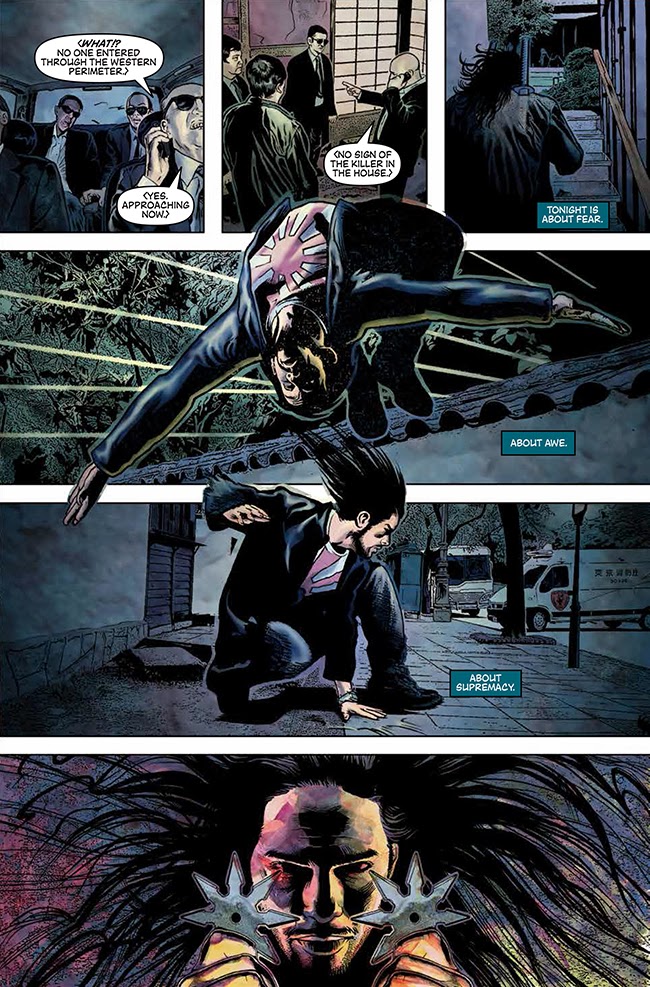 Although not a horror story in the strictest sense, Ian certainly comes across as the murderous villain of a slasher flick, an image certainly not helped by his long unkempt hair. Apparently mass murdering psychopaths don't believe in haircuts.

Ward and Gimenez have not only placed a secondary player in a hard to grasp comic-book universe into the spotlight, they have also made it look effortless. Gimenez' art in particular looks like it was born from the hand of an industry veteran. His line work is tight and precise, containing a certain photographic quality that gives this book a cinematic edge. The panels that include cars or other machinery particularly impressed me with their attention to detail and reminded me of the artwork of Salvador Larroca on Invincible Iron man.

A big kudos to TopCow for giving a chance to these fresh but evidently very talented creators. As a newcomers to the industry you really have to stand out and I'm glad to say that in Artifacts #34 Eugene Ward and Martin Gimenez do just that and then some! It's bold, brutal and shows all the hallmarks of a creative team who both know and love comics.