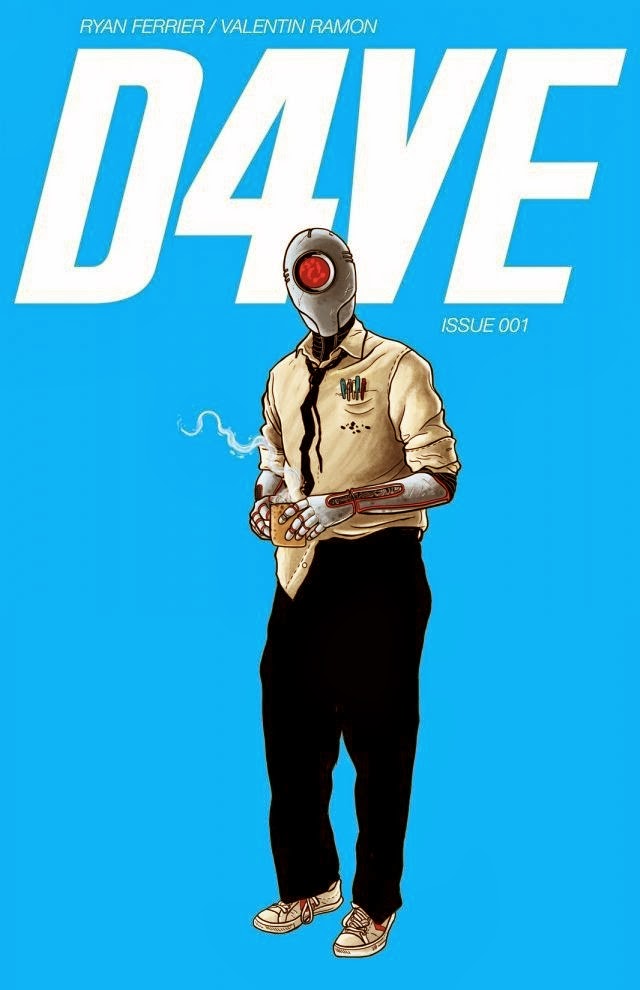 Ferrier and Ramon serve us up a future in which robots have not only eradicated all the squishy humans, they have also wiped out every other living species in the galaxy. If you think this all sounds a bit bleak and melancholy you would be very wrong indeed. D4VE is a hilarious and lighthearted romp that handles the genocide of humanity with about the same level of reverence South Park gave Scientology, and contains about as much foul language and fart jokes to boot. To say I'm a fan would be an understatement.

D4VE opens with our hero, who goes by the name of D4VE surprisingly 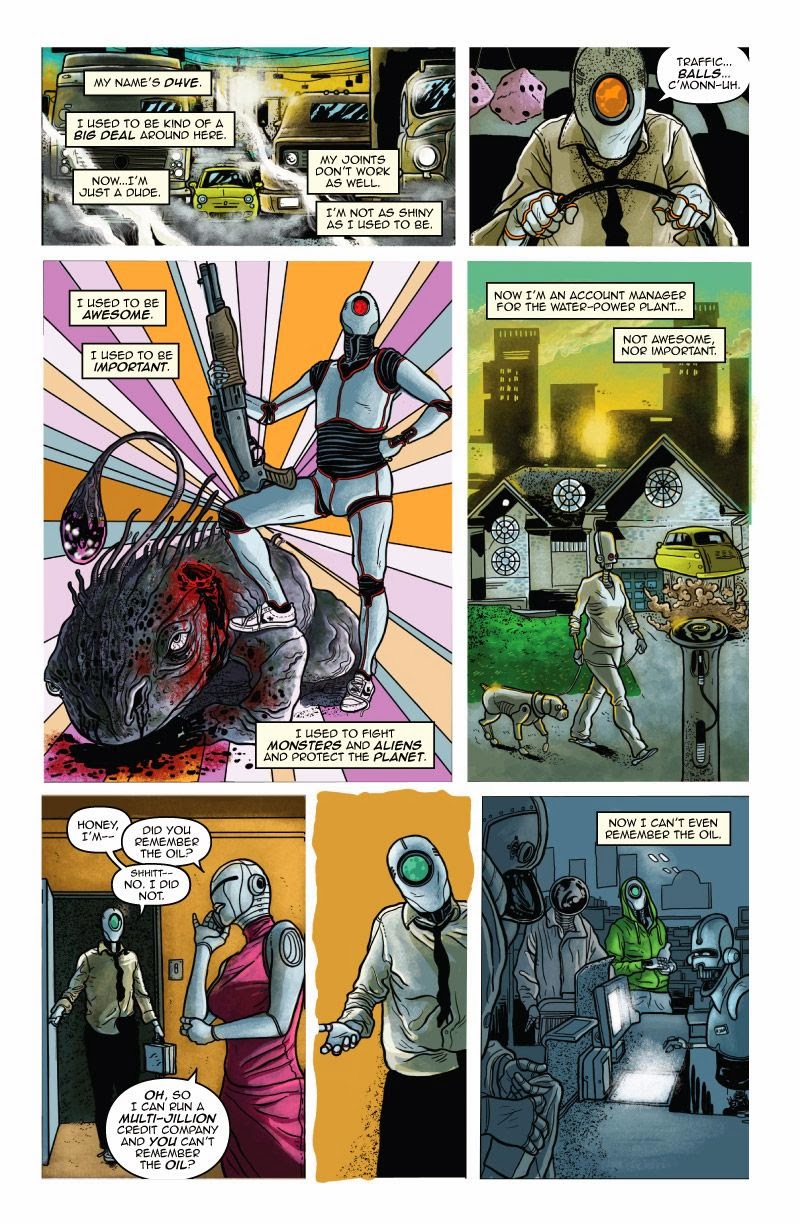 enough, working a boring desk job. Although once an alien butt-kicking Defence-Bot, D4VE now spends his days with his family when he's not slaving away at the office. And oh how he loathes it. His son's a jerk, his wife doesn't understand him and his boss is everything you've ever hated about your human boss in cold, heartless, robotic form. D4VE's days of nine to five soon end however, when a previously unencountered alien race arrives on earth and he decides to take up his old vocation.

It all oozes of a classic 'take your life back' style story only with more references to punching god square in the privates. And that is precisely what makes D4VE such a memorable read. No, not the punching of divine gonads, but rather it's approach. D4VE is a bizarrely human comeback story, only told with robots.

As I touched on earlier D4VE is extremely tongue-in-cheek, and to be honest the story would be hard to swallow if it wasn't. Ferrier's offbeat humour and dialogue kept me chuckling, especially all the robot colloquialisms (such as 'just force quit it' and ' I swear to Jobs!') as well as D4VE's foul mouth. The whole series reeks of a sense of fun and it's obvious Ferrier had a ball writing it. It all flows so naturally and never at any point does the story or dialogue feel forced. 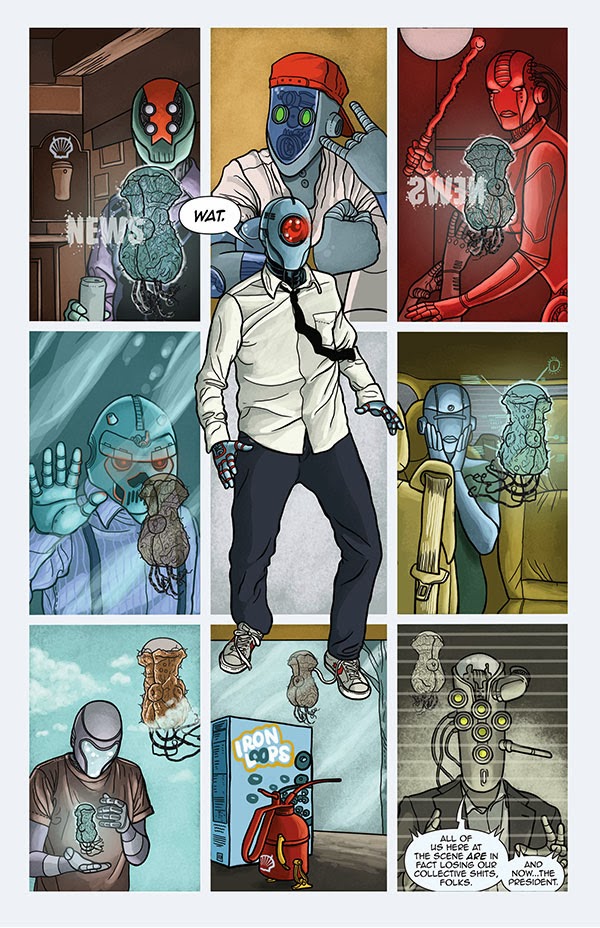 Complimenting Ferrier's playful script is the equally playful art of Valentin Ramon. Ramon's art is offbeat enough to stand out while still bringing a sense of familiarity to the page. His style reminded me in particular of Manhattan Project's artist Nick Pitarra although at times his subtle gestures and delicate attention to detail let off a strong Frank Quietly vibe.

The gestures in particular impressed me. Everything from D4VE shrugging to 5cotty (D4VE's son) smoking a bong look natural (well as natural as a robot smoking a bong can look anyway). Combine this with Ramon's strong sense of design and careful but generous use of bright colours and you've got yourself comic art that really pops.

D4VE is rude, crude, purposefully immature, at times insightful, and always hilarious. Believe me when I say D4VE is the best comic your probably not reading. So you know the drill! Vacate your place of residence and pick up copy immediately. It'll be well worth your hard earned credits.

The first three issues of D4ve can be purchased digitally through Comixology.