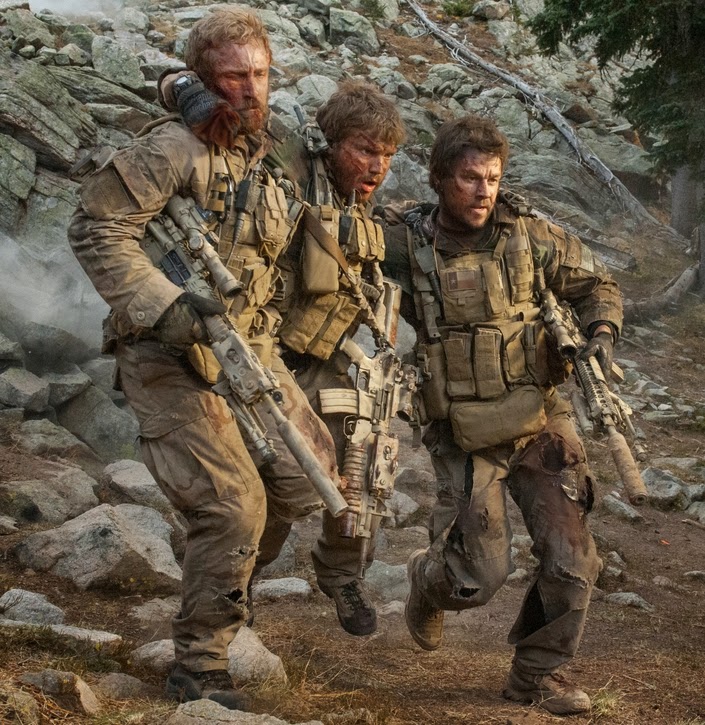 The film opens with a montage of actual Navy SEAL hopefuls being put through their paces. We see their fatigue, their determination, their will to be the best … yeah, yeah we get it, these aren’t normal every day soldiers. The sequence tells you all you need to know about the film: it’s an unabashed love letter to the military. The plot is kept pretty straightforward and the characters even more so. We meet each of Navy SEALs and get given a little personal detail on each (just to show that they are more than well-trained killing machines) before they are sent to kill an Al Qaeda baddie, because he killed 20 marines the week before last. It’s a not a complex formula for plot set-up: he’s bad, we’re good, let’s go.

The plot zooms along to a crucial sequence in which the soldiers are forced to make a decision which will ultimately change their lives forever. Unfortunately the film only spends a few moments with the soldiers as they debate the ethical aspects of their situation. I’m not going to spoil what happens, but I wish that the film invested more screen time on the moral quandary in question … but I guess this just isn’t that type of film.

The film has two prominent highlights: the cast and a protracted gun battle scene. While the characters are given fairly limited back stories, the chemistry between the four main troops is evident. This is ostensibly Luttrell’s (Mark Wahlberg) story, however the screen time is shared evenly between the quartet. Taylor Kitsch and Emile Hirsch both turn in solid performances, which is commendable considering they are both guilty of phoning in past efforts. Ben Foster (Ryan’s man crush) is in his element as a slightly unhinged soldier who just wants to do his duty. Mark Wahlberg impressed me with the more physically challenging aspects of his role. The supporting cast pretty much blends into the background without too many standouts.

The middle act of the film is basically one long fire-fight sequence, starting at the top of a mountain range and traversing its way into a rocky ravine. Peter Berg handles the action well, thanks to some quick editing and limited sound effects, except for the gun shots. This gave the sequence a gritty realism which I really enjoyed.

Whilst Lone Survivor has a few issues, the action should win over most fans who just want to see guys with guns running around the bush shooting at one another. This doesn’t have the emotional impact of films like Black Hawk Down or Saving Private Ryan but at least it’s not another Battleship from Peter Berg. Lovers of Gung Ho Rah Rah U.S military flicks will dig this; everyone else might want to wait for the DVD. Lone Survivor hits cinemas this Thursday, if you see the film and agree or disagree with my thoughts feel free to drop a line below.