Today I had the absolute honour of being invited to a special preview screening of Godzilla and Edge of Tomorrow thanks to the good people at Roadshow.

First of all, let it be known that I'm a lifelong fan of kaiju films, Japanese monster movies. As a kid I remember watching the original, 1954 Godzilla and being amazed at the building sized monster and it's almighty roar that, to be honest, used to scare the hell out of me. That bellowing, guttural roar is unforgettable regardless of whether it's aimed at Mothra, King Ghidora or those pesky humans. 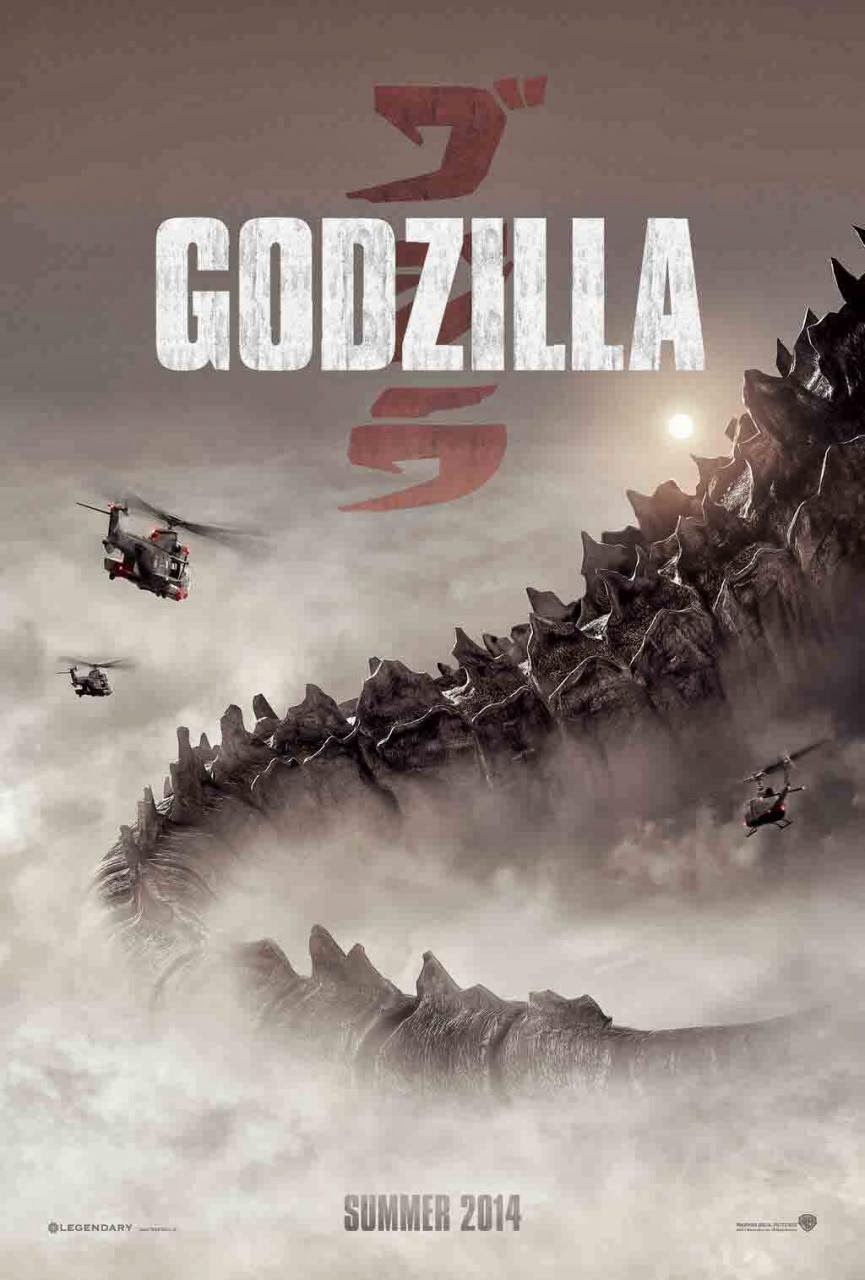 In this 20 minute preview, I got to see the humans of the film. The reason for them existing and the reason that I should care whether they live or die. Within that 20 minutes, director Gareth Edwards has injected more than enough characterisation to warrant legitimate concern for their safety. Sure, this is thanks in no small part to some brilliant scenes with Brian Cranston, but Edwards really does pull it together. On a slight tangent here but if Brian Cranston and Benedict Cumberbatch ever star in a film together, all other actors should retire then and there.

I digress. What I saw in this 20 minutes were the motivations of our main characters but not the motivation of Godzilla which, if I'm to be honest, doesn't matter in the slightest. Godzilla is a force of nature, a natural disaster of epic proportions. No one expects any form of reasoning from a hurricane. Although the main monster was mostly hidden behind smoke, sea water and skyscrapers we do get a look at the scale of this beauty which is nothing short of foreboding. Catching glimpses here and there seems to be fitting for a monster of this size, it's almost as if he's so big that he can't fit into your eyeballs all at once. Plus, as Edwards showed in Monsters, the scariest ghouls are the ones that you rarely see.

One of the only niggly annoyances with the film are the sound effects which seem to emulate the Transformers/dubstep "wubwubwub" at times, however, as soon as that big guy roars I couldn't care in the slightest. Apart from the wubwubs, the sound effects are fantastic and visceral. With such top notch, epic-scale visuals and equally brilliant sound, Godzilla is a must see on the big screen. Needless to say, Godzilla has me on board with two thumbs up and a ridiculous smile on my face. It's just a pity that we have to wait until the 15th of May. 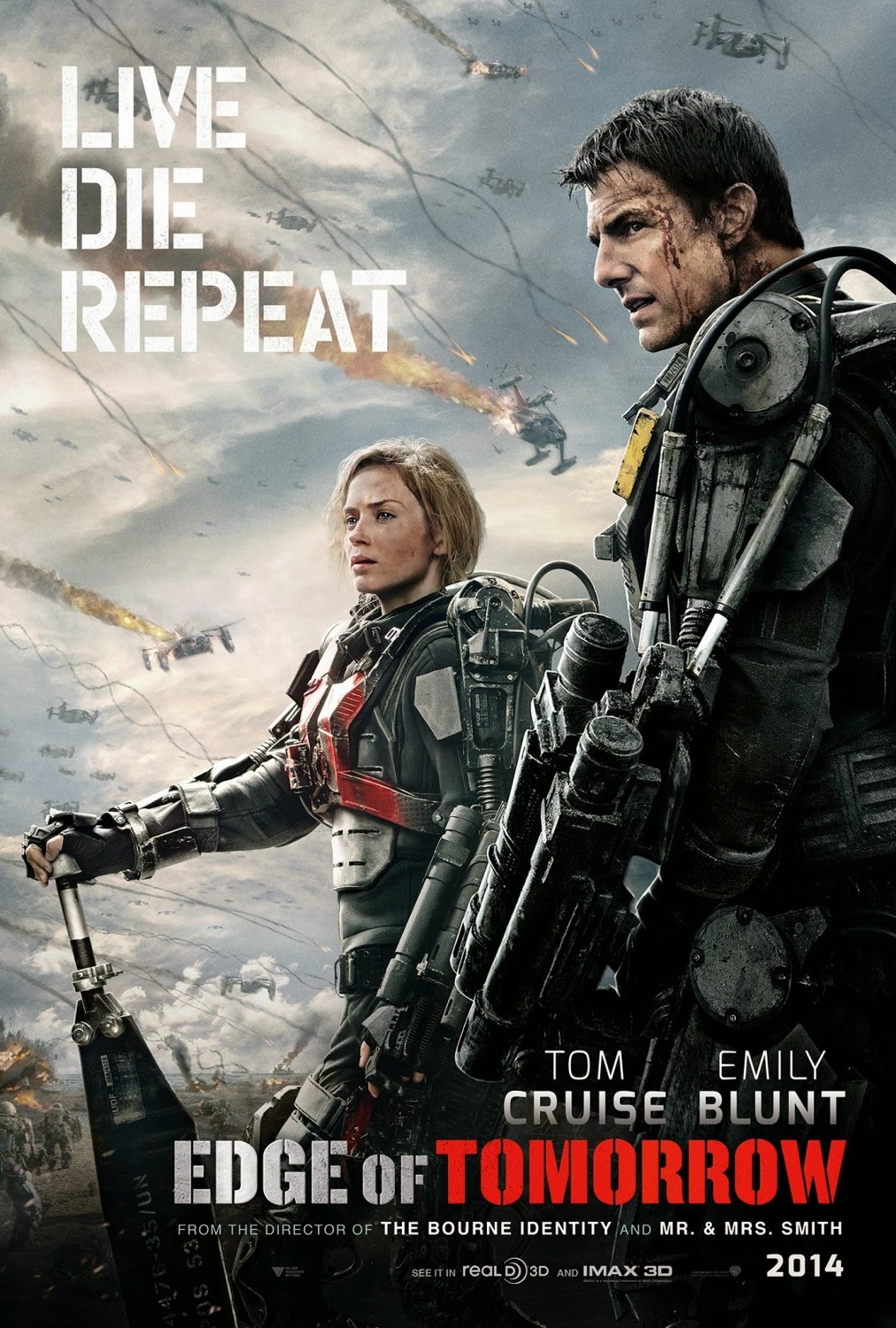 Based upon the Japanese light novel All You Need is Kill by Hiroshi Sakurazaka, it tells the story of a futuristic war with a difference. Coming across like a cross between Starship Troopers, Elysium and Groundhog Day. Lieutenant Colonel Bill Cage (Cruise) finds himself aboard a warship bound for the front line only to be deployed into what can only be described as a mission of certain death. Which is fine because each time he catches a bullet, he wakes up back aboard the warship.

Whether you like him or not, Cruise still knows how play the game and can still play the hero with ease. It's great to see his characters progression as well, not only in terms of attitude but also capability. Inversely, Emily Blunt kicks all sorts of butt from the get go. This is looking like an incredibly physical performance with a burly attitude to match. Spoiler alert: Tom Cruise manages to run and ride a motorcycle. Who'da thunk it?

Although the story doesn't follow the source material particularly faithfully, it still captures the core elements of the story and appears to forge its own path and to be honest, Edge of Tomorrow is a much more catchy title than All You Need is Kill.

Again, the visuals in this film are top notch and so is the sound, meaning that this film will also benefit from a big screen viewing. While the preview shown was in 2D, there were many set pieces that will show off some fantastic depth during a 3D viewing. Admittedly, I was skeptical when first hearing about the film but after seeing this 20 minute preview it looks as though Edge of Tomorrow has enough action, drama and humour to be something pretty damn awesome.

One thing is for certain, the US summer blockbuster season is looking like an absolute stunner so start saving your pennies for a movie ticket or five.