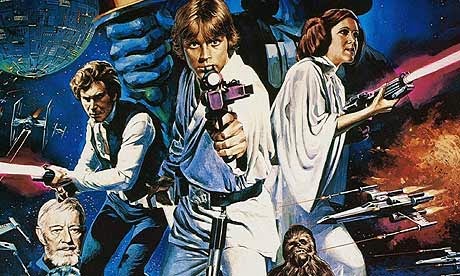 Opening worldwide on 18 December 2015, Star Wars Episode VII is shaping up to be everything we could possibly hope for. The latest news from the Star Wars camp confirms the core cast, however, does not detail any of the cast members characters.

John Boyega, Daisy Ridley, Adam Driver, Oscar Isaac, Andy Serkis, Domhnall Gleeson and Max Von Sydow are all confirmed to have roles in the upcoming film directed by JJ Abrams and written by Lawrence Kasdan and Abrams. Old favourites Harrison Ford, Carrie Fisher, Mark Hamill, Anthony Daniels, Peter Mayhew, and Kenny Baker will be back to reprise their legendary roles. Also confirmed is that John Williams will be back as composer.

JJ Abrams is quoted as saying "We are so excited to finally share the cast of Star Wars: Episode VII. It is both thrilling and surreal to watch the beloved original cast and these brilliant new performers come together to bring this world to life, once again. We start shooting in a couple of weeks, and everyone is doing their best to make the fans proud".

The fact that Disney have decided to release this information so close to international Star Wars day (May the 4th) fills me with all sorts of confidence. Based on how well the Marvel Cinematic Universe has been treated, I've no doubt that Star Wars will be nothing short of amazing.