Oz. Comic-con is nearly here. It's a. Con in. Oz.... Ok, I just realised how hard it is to write in the voice that Shatner speaks. That said, SHATNER! Tickets are now on sale for the Sydney and Brisbane cons with plenty of talent to be seen.

The countdown is on – Australia’s biggest and best pop culture event is headed to Brisbane (September 6 and 7) and Sydney (September 13 and 14), and tickets have just gone on sale. For the first time ever, Oz Comic-con is bringing Queensland and New South Wales fans the epic celebration of everything making waves in the pop culture world. Now in its third year, Oz Comic-Con has already wrapped two incredible events in Perth (March 29 and 30) and Adelaide (April 5 and 6) as well as sold out events with Benedict Cumberbatch in Sydney (April 12 and 13) so far in 2014. The standard has been set, and anticipation couldn't be higher for Oz Comic-Con Brisbane and Sydney.

Headlining the Brisbane and Sydney shows will be sci-fi legend William Shatner, best known for his roles as Captain James T. Kirk in Star Trek and Denny Crane on Boston Legal. Joining him will be Jason Momoa (Khal Drogo from Game of Thrones), Booboo Stewart (The Twilight Saga, X-Men: Days of Future Past), and Chris Judge (Stargate SG:1), as well as a wide range of other talented TV and Film stars.

Also in the line-up for the event will be Bill Farmer, the voice of Goofy, and Rodger Bumpass, best known as the voice of Squidward Tentacles on Spongebob Squarepants. Oz Comic-Con Brisbane will also feature a large range of talented comic-book artists, including Nicola Scott (DC’s Earth 2 and Birds of Prey), Tristan Jones (IDW’s Teenage Mutant Ninja Turtles and Ghostbusters), and David Yardin (Marvel’s X-Factor and Thunderbolt’s, DC’s Injustice: Gods Among Us).

To be held at the Brisbane Convention and Exhibition Centre on September 6 and 7, and the Sydney Harbour Expo Centre on September 13 and 14, Oz Comic-Con will not only give fans the opportunity to rub shoulders with some of their favourite stars, it will also feature two days of celebrity panels, autograph and professional photograph opportunities, special screenings, industry master classes, portfolio reviews and a huge range of vendors selling exclusive merchandise. 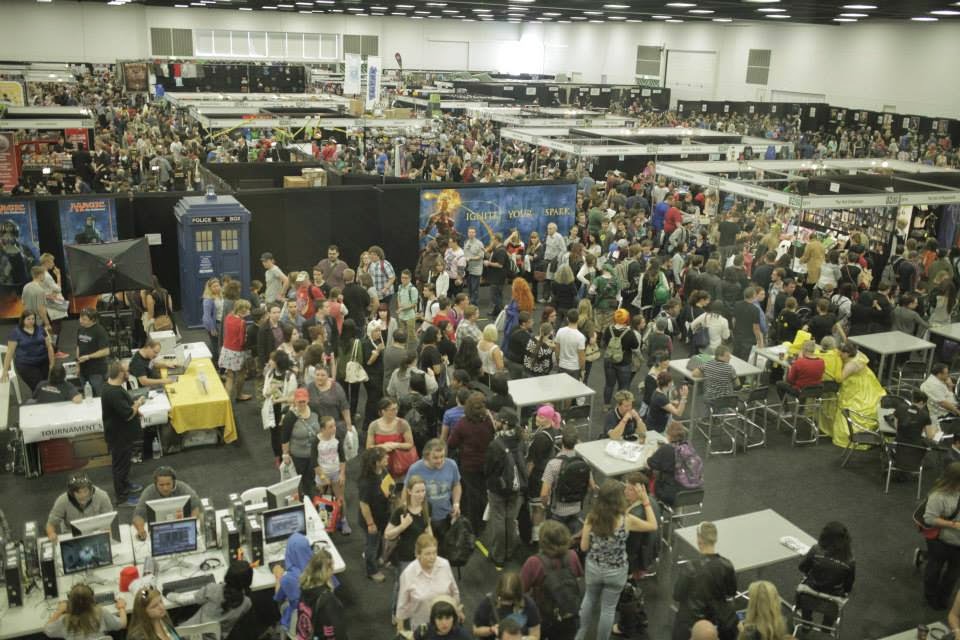 Tickets to Oz Comic-Con Brisbane and Sydney are on sale now through Showclix and via the Oz Comic-Con website (www.oz.comiccon.com). Tickets purchased in advance through those portals will have a discounted price from those available at
the door. Families are encouraged to attend with their little super heroes and to make it more affordable, Oz Comic-Con offers one free child’s ticket for each adult ticket pre-purchased online!

2014 also marks the first time that exclusive Oz Comic-Con merchandise is on sale. The merchandise, which includes hoodies, caps, t-shirts, and tote bags, is available as an option when pre-purchasing tickets, and can be collected at the show.