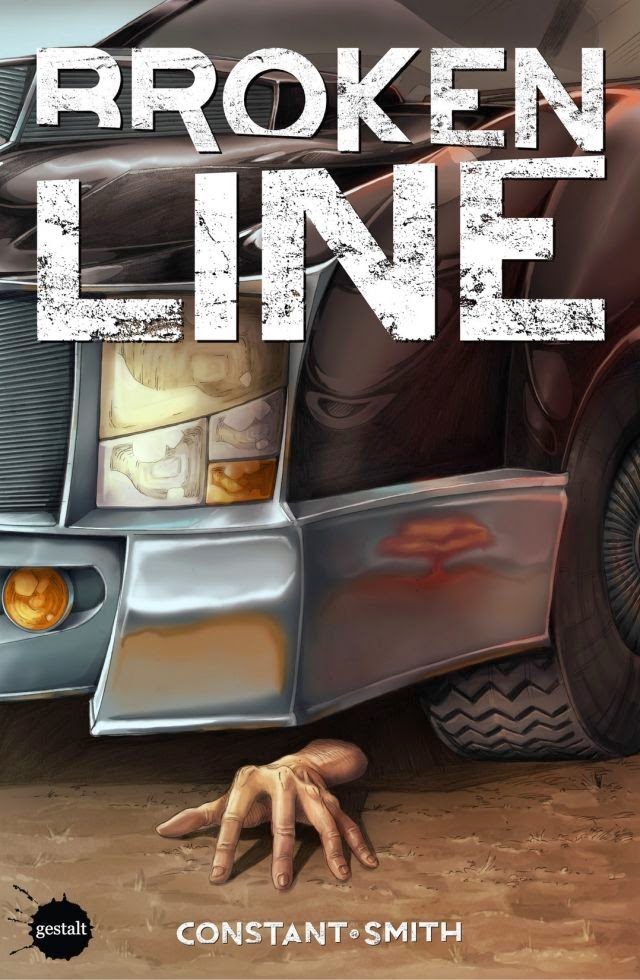 Aussies do many things well but subtle isn't always one of them. Far too often stories taking place 'down under' can descend into a torrent of clichés complimented by the obligatory tracking shot of bounding kangaroos. Australia as a setting has a lot more to offer the world than what Crocodile Dundee or Baz Lurhman's 'Australia' showcased. My point being, the Australian setting is one all too easy to get wrong.

And then there's Broken Line from Gestalt Comics which seems to effortlessly embrace this setting without resorting to any of the aforementioned 'Ozploitation' tactics.

Written by Andrew Constant with art by Emily Smith, Broken Line #1 bears the high production values and top notch story telling we have come to expect from Gestalt. 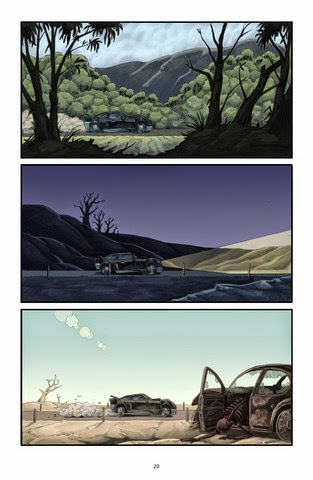 Issue one opens with a stunning full page spread of a mushroom cloud, establishing a sort of post-apocalyptic setting, followed up by a close up of a rotting corpse almost zombie-like in appearance. Although both are staples of the post apocalyptic genre I can assure you the clichés end there.

The rest of the issue plays out a confrontation, culminating in a sort of destruction derby, between a leather clad 'kill cop' and the man stupid enough to provoke him. It's a wonderful marriage between grounded action and cinematic stunt work all brought to life by Emily Smith's art.

Smith has certainly toned down the more playful aspects of her artistic style to instead focus on creating drama and suspense. Tight shots of hands, feet and facial twitches are punctuated by wide overhead shots both showcasing the Australian landscape and keeping the pages visually diverse. 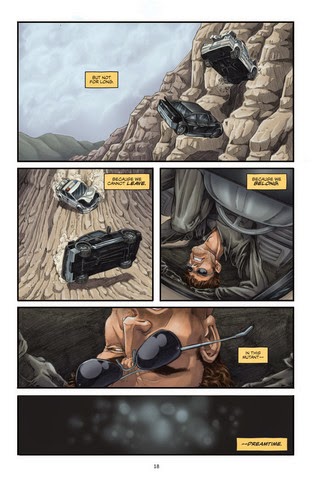 Although only two characters are featured in this opening issue, they both look and feel like real people who are part of a larger world. The aforementioned facial twitches impressed me time and time again. Nose curls, snarls and squints all look great and facial muscles seem to react naturally. It's obvious that Smith has a masterful grasp of facial structure.

Like Constant's previous graphic offering from Gestalt, Torn, Broken Line revels in leaving the reader clueless. Plot details are slowly drip fed through captions and dialogue but even then it's up to the reader to piece together what's going on from the clues carefully laid out.

The dialogue is sparse but erratic, the action is cinematic but brutal, and the whole thing is as intoxicating as it is cryptic. After devouring this first issue I can confidently say I have no idea where the story is going and I am totally okay with that.

Broken Line #1 is available digitally through Comixology or through the Gestalt comics online store.