- June 20, 2014
We are back for another week to bring you the title which caught our eye from Image's shiny new titles. While I stay very firmly in my comfort zone and deliver yet another Mark Millar review (what can I say? I'm a bit obsessed) new recruit Chris checks out the space-noir RED CITY #1. Hope you enjoy our reviews as much as we enjoyed writing them. As always please let us know if you checked out any of these books and agree or disagree with us! - Christof 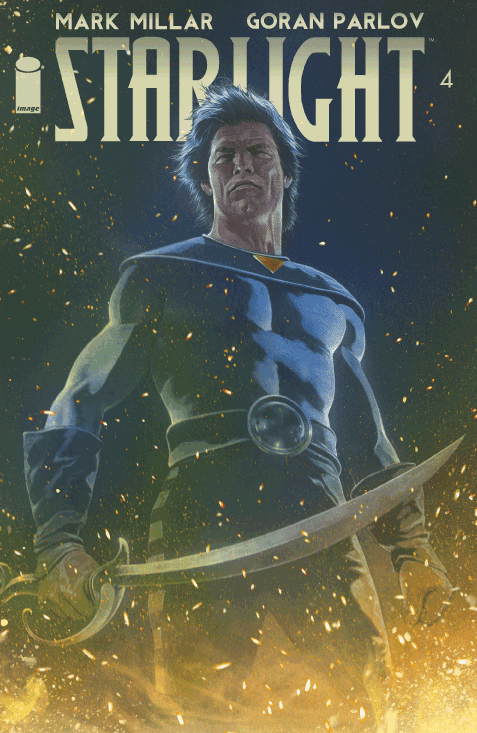 Christof: Another week sees another title from Mark Millar and his Millarworld brand. Unlike the bulk of Millar's work, Starlight has been surprisingly heartfelt, reveling more in nostalgia and emotion than the over the top cussing and violence Millar is usually known for.
Starlight #4 sees retired swash-buckling hero, Duke McQueen, busted from prison by rebel leader Tilda Starr. This leads to some thrilling jet pack shenanigans and is undoubtedly just an excuse to see Duke back in action.
There’s something so damn satisfying about seeing this old raggedy mountain of a man kicking ass and taking names.
Apart from the action there’s also plenty of awww-worthy moments, particularly in the second half of the book. Throw in the consistently gorgeous and expressive art of Goran Parlov and you've got yourself a winner.

Starlight is quickly becoming a sincere (a word I seldom associate with anything from the mind of Mark Millar) comeback story that has tugged my heart strings on more than one occasion. 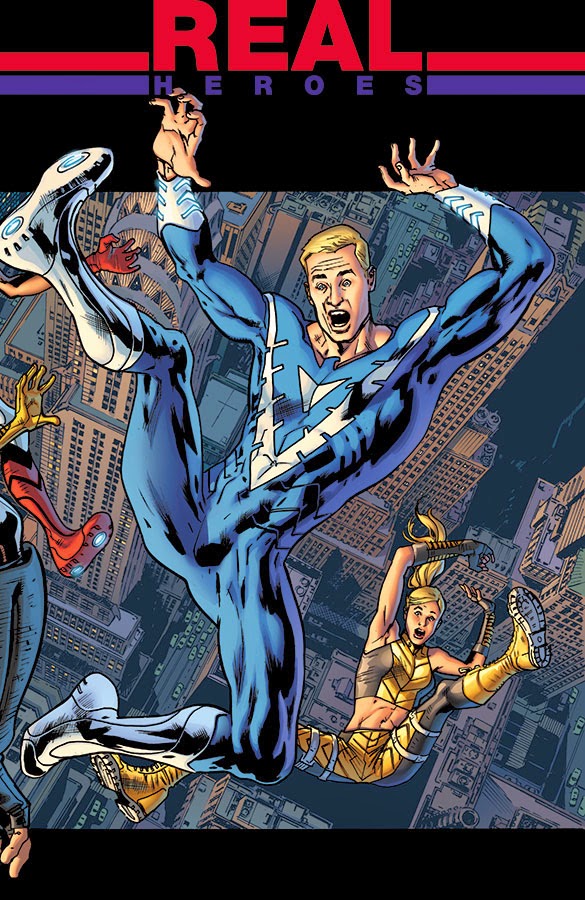 Christof: I'm still not quite sure what to make of Real Heroes. Three issues in and it just hasn't grabbed me. Although I was initially hooked by the premise, six actors forced to become the superheroes they portray on screen, it hasn't progressed much past that.

This is partly due to the large cast, six actors turned superheroes, but I can't help but feel that the plot isn't really going anywhere distinct.

Issue three mainly deals with our protagonists coming to grips with their new powers, the source of which is badly explained with one throwaway line.

That said, if you like action this issue has plenty of it, all brought to the page by Hitch's distinct art style. Although I don't always like his art, purely from a stylistic perspective, I have got to say he really knocks it out of the park here. Detailed cityscapes, intricate spaceships and large scale destruction is all clearly brought to the page by Hitch's tight pencils. It's as ambitious as it is functional.

A decent read as long as you don't have high expectations 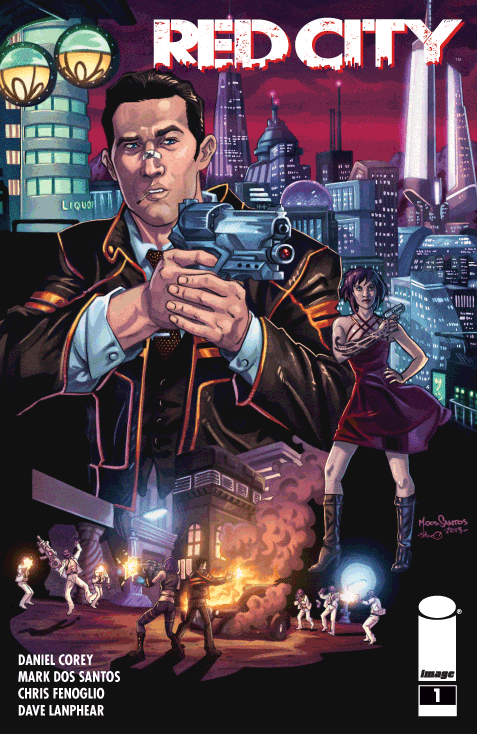 Chris: Red City is a deliberate attempt at splicing detective noir with science fiction that doesn't quite hit the mark. It’s an ambitious attempt, but if issue one is any indication it may not quite have the wings to reach the target it's set for itself.

The story is firmly rooted in a “Aliens actually live on Mars and all the other planets” vibe, with main character FSO Talmage sent to find a missing daughter of a Mercurian diplomat so peace talks can resume. From there, the issue is almost nothing but an info-dump; history, lore, names, faces, locations and important events are thrown at the reader with the casual air of someone flinging an anvil at your face.

Don’t get me wrong, I’m all for a little world building – especially if it’s in space. Red City’s main problem is that it slings too much at you in one sitting, and not all of it seems like things we need to know right then. It’s also not helped by Talmage’s inner monologue trying for and not quite grasping the darker subtleties of a detective’s thought process; he tries to be Sam Spade, and ends up sounding a little goofy.

The art is gorgeous. Mark Dos Santos does a damn good job on visuals with variance of colour, good use of vibrancy and darkness where needed, and distinct appearances for both characters and settings. It’d probably be worth reading the book just for the art alone, honestly.

I’d be interested to see where Red City goes – with hopefully half the expositional dialogue present in its debut – but for now, it didn’t quite grab me.
Comics Comics Books Image Comics Mark Millar Real Heroes Red City Reviews Starlight