- June 11, 2014
After a week off we are back to bring you our picks from Image comic's new releases. I check out Southern Bastards #2 and C.O.W.L #1 from last weeks stack, whilst my partner in crime Billy gives us his take on Five Weapons #9 which came out this week - Christof 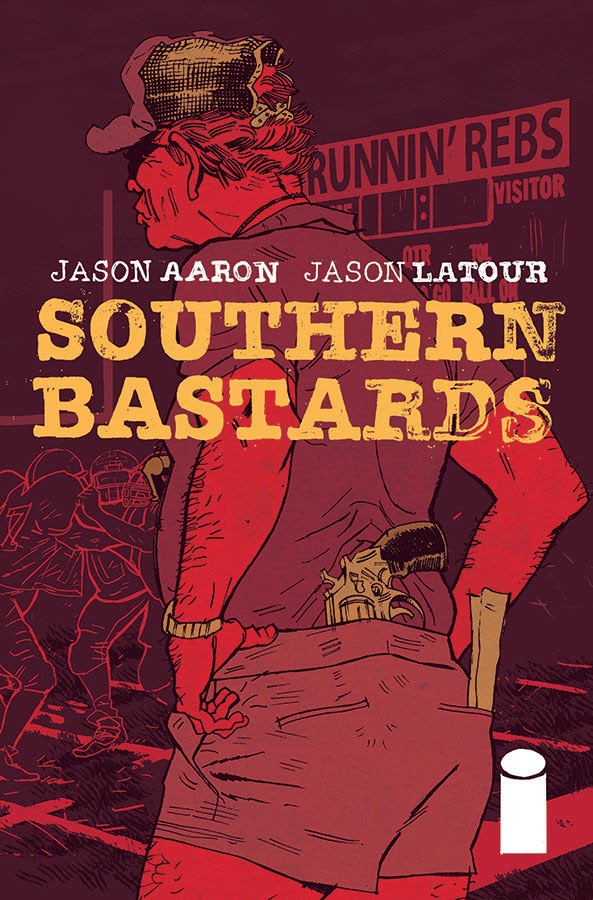 Christof: I’ve been surprised by how much I've been enjoying Southern Bastards. Even though it's geographically and culturally grounded in America's deep south, in the wonderfully named Craw County, there’s something so universal about the story that Jason Aaron and Jason Latour are weaving. It's about trying to forge your own path, about home coming, and of course it's about hillbillys.Can't have the deep south without hillbillys.

This second issue sees Earl Tubb come face to face with Coach Boss (yes that is his name), the big bad crime boss who's been slowly taking over Craw County. As well as beginning to hint at how deep Boss' influence runs this issue begins the hard work of justifying why Earl would choose to stay in Craw county, a place he is clearly keen to leave.

At it's heart this is a character driven affair. The plot all seems to stem from Earl's troubled relationship with his now deceased father and it all feels so real and authentic. This is a series with a lot of emotional intensity, the last page in particular delivering a gut punch of an ending.

The brilliant art work from Latour brings it all to life. It's guttural and primal yet detailed enough to show us every bit of spit flying from an angry football fan's mouth. His rickety figures with crooked teeth and bags under their eyes bring Aaron's dialogue to life.

Southern Bastards has in two short issues become a must read series for me. It's oozing with personality, has a kick-ass creative team and most importantly, it's got a fierce authenticity to it. Seriously, do yourself a favour and check it out. 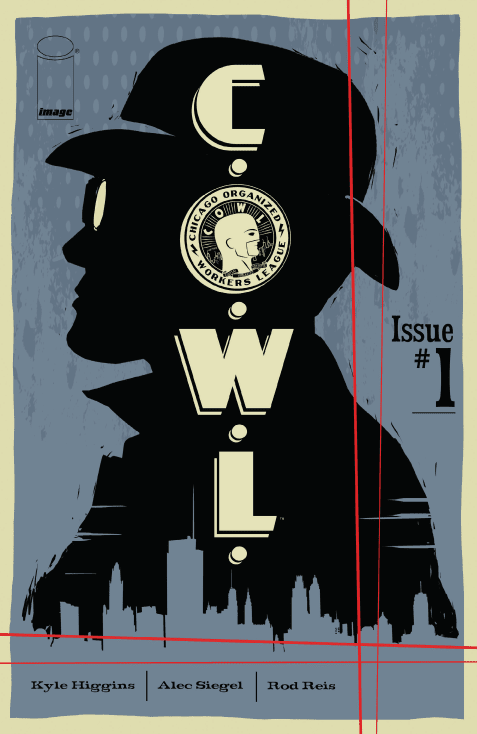 Christof: C.O.W.L #1 is an impressive book. Not only is it penned by Kyle Higgins, fresh off his run on Nightwing for DC, and aided by fellow scribe Alec Siegel, it also features the distinct artistic style of Rod Reis. Set in the 1960's C.O.W.L could easily be compared to 'Madmen' in terms of its theme and visual style. It very much feels like a period piece only with superheroes.

What immediately impressed me was how deliberate Higgins has been in making sure C.O.W.L is distinct from Nightwing, given that both these notable series are more or less superhero comics. If nothing else this introductory issue proves Higgins is certainly no one trick pony.

The distinctive feel of the book, although evident in the writing, is very much brought to bear through the stunning art of Rod Reis. His art has a vivid water color quality utilizing splashes of paint, flowing lines and a muted palette. Its all breathtaking stuff, although it does lack the precision of 'tight' pencils and inks, I don't really think any other artistic style would fit as well as his.

C.O.W.L #1 makes for a strong debut. It has a strong visual style, is impeccably themed and has a great premise. Definitely worth picking up if you like your superheroes on the alternative side.

Billy: Last year ‘Bomb Queen’ creator Jimmie Robinson put out a limited series called Five Weapons, a story about a teenager who was attending a school of assassins. The series offered much appeal for its all ages feel. Earlier this year it was announced that the series would become ongoing through Image’s Shadowline imprint. 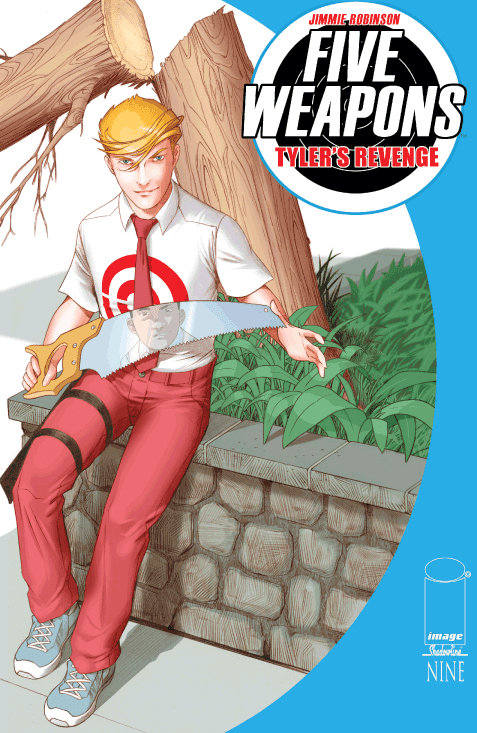 Issue #9 is the penultimate issue of the current storyline “Back to Class”. The story quickly gets up off its feet from the shocking climax at the end of last issue, and weaves its way through suspense with lead character Enrique solving the mystery of who poisoned the schools nurse.

Jimmie Robinson continues to produce amazing work as he handles both the writing and art duties. The only partial fault I did have is that the heavy dialogue driven aspect of the issue felt similar to book 4 which was the penultimate issue for that particular storyline.

Other than that, I felt the issue did develop the series more with amazing artwork and suspenseful character development. This is a must for fans of the series, but casual readers will feel lost.

As always, head to your local comic store to grab a physical copy of these and the rest of the releases this week, or grab a digital copy from comixology or the Image Comic's digital store.