- July 14, 2014
So, as you probably didn't notice, there was no Image-ine All the Reviews for last weeks books. Unfortunately, this little thing known as 'real life' occasionally prevents us from spending all our time writing about comics and wishing we had a cool sidekick, and a skin-tight leather costume (well maybe that last one's just me). Anyway without further adieu, feast your eyes on this weeks tasty books from Image - Christof 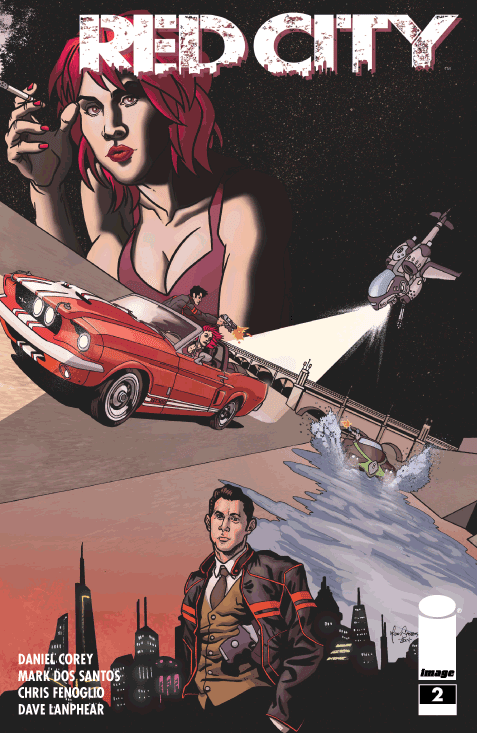 Chris: I feel like Red City’s really trying to be more than it is in some places. There’s clear evidence of a complex, multi-faceted universe replete with political machinations and a host of interesting alien species. It’s the kind of vast, deep setting that a great sci-fi writer like J. Michael Straczynski or Iain Banks could make a good story out of.

Unfortunately for Red City, both its story and universe are not good. Where once was an attempt at detective noir in the last issue, we now have something closer to a James Bond/Jason Bourne action thriller complete with exotic femme and car chase set piece. The ‘verse is still shallow despite the hints of depth on display, with a colourful host of characters that are as well rounded as a house brick and waaaaaay too much exposition that still doesn’t really explain anything. The story is wafer-thin, still possibly concerned with finding that Mercurian diplomat’s daughter from Issue #1 but not enough to drive it forward here.

Neither the narrative nor its backdrop are fleshed out enough to be anything more than token, and I still don’t know why I should care about main character Talmage. His banter isn’t engaging, his personality is one-note depending on the issue’s attempt at genre, and I find myself distinctly unmotivated to find out why everything’s gone to hell for him in the flash-forward that opened the series. As a story clearly reliant on a climax explaining that flash-forward and providing payoff for the journey towards it, that’s a problem.

Art by Mark Dos Santos is still the book’s solitary highlight, and he does a much better job here than last issue. Character designs are a little tighter, facial expressions are more realistic, and the alien vistas of Mars look gorgeous. This is the kind of book I’d be keener on having an artist’s edition of, minus the dialogue.

I feel I need to keep following Red City to whatever conclusion it’s headed to, just to see if it all comes together in the end. So far, prospects are not rosy. Christof: Many things come to mind when the Grim Reaper is mentioned. The sworn protector and safe keeper of all life, however, certainly isn't one of them. Welcome to the Death Vigil, a group of valiant deceased led by the one and only Reaper and dedicated to protecting all things cute and fluffy from being consumed by the primordial horror lurking in the underplane of existence. It's a premise that feels very much at home as part of Image's Top Cow imprint and I can confidently say that if you like Witchblade and the Darkness then this will be right up your alley.

That said, if you're like myself and the aforementioned books don't float your boat nor butter your crumpet, then Death Vigil may win you over yet. It's not so much the premise, but the execution that's the appeal here (Great pun... you did mean that, right? - Ryan). Sejic takes a convoluted dark fantasy concept and treats it just like a sitcom. Don't get me wrong, all the beats of the beginnings of an epic fantasy are there but it's all coated in witty Peter Parker-esque dialogue. Everyone is a lovable smart-ass and they all play off each other wonderfully.

Apart from being a funny book, Death Vigil is masterfully constructed, Sejic certainly knows how to keep a story flowing, well paced, and as always his art is gorgeous. In short: Stjepan Sejic's writing is as accomplished as his lush artwork.

So, now you have no excuse. Pick up Death Vigil #1 and prepare to be pleasantly surprised. Seriously, don't let the lack lustre cover put you off, this comic is the goods. 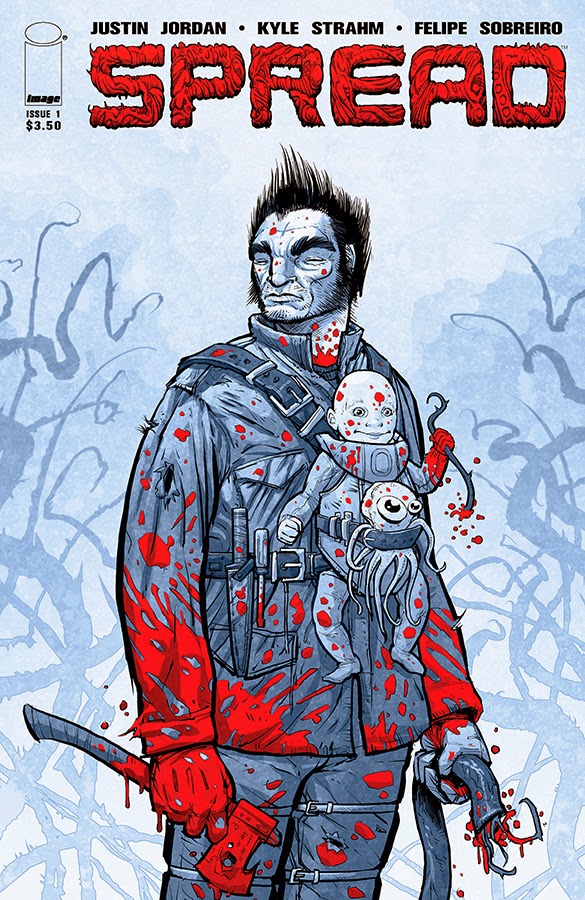 Sorry, give me a second to collect my thoughts. Ahem…

Read it! No, seriously, stop whatever you’re doing and go buy this. Right now.

Spread’s first issue is one of the most pleasant surprises I’ve had in comics for a while now. At first blush the story sounds like a standard apocalyptic endeavour with zombielike shamblers and a plague of indeterminate nature. There’s a solitary main character surviving this world, and everything seems to be on a straight trip to hell.

But then you open the book. And you see those opening pages, featuring the titular Spread. And, as I said before, wow.

While Spread does have the roots of an interesting story that ends up defying the zombie apocalypse blueprint, its main draw card is unquestionably Kyle Strahm’s artwork. The Spread looks like a nightmarish manifestation of the Red Weed from The War of the Worlds, a Lovecraftian horror of mouths and tentacles where mouths and tentacles should not be. The characters are all visually distinct (even if protagonist No looks like Wolverine a smidgeon). The snowy setting is a great contrast to the darker scarlet tones of the Spread. It’s a grotesquely gorgeous layout that literally dropped my jaw with its opening salvo.

Spread definitely grabbed me enough to see what happens next, and I don’t want to say too much to spoil the delights the first issue serves up. I feel like this might be something to follow in the footsteps of Saga and Revival, snagging a following as its issues come out and becoming one of the 'Next Big Things'.

Needless to say, those not of a disposition to accommodate horror so viscerally nightmarish it nearly punches you in the corneas should probably read something else. Those who are of that disposition will love the basmeezus out of it.