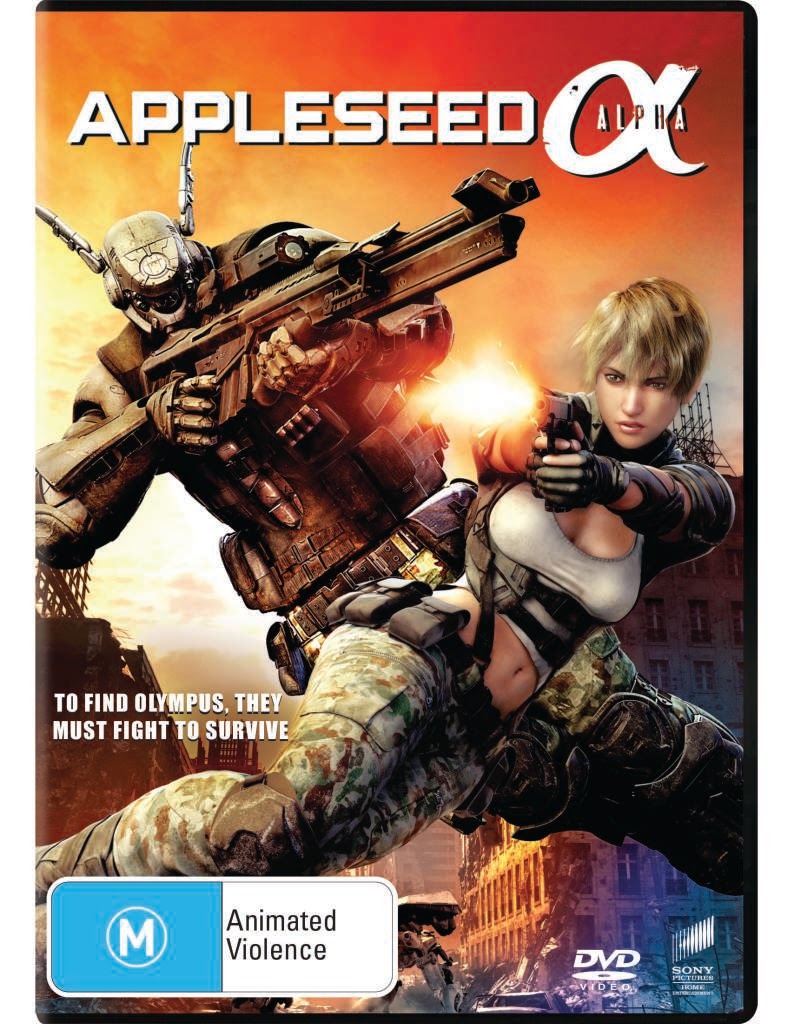 Appleseed: Alpha is an all-new, CGI-animated sci-fi action adventure based on the popular "Appleseed" franchise by the creator of Ghost In The Shell, Shirow Masamune, directed by Shinji Aramaki. The film is set in a post-World War society with two mercenary soldiers - Deunan and her cyborg partner Briareos – sent on a mission on the outskirts of their war-torn city.

To be in the running to win a copy of Appleseed: Alpha on DVD all you have to do is fill out the form at the bottom of this page. Don't forget, you can get yourself a bonus entry just by following us on Twitter or liking us on Facebook!

Entries close 11:59pm on Wednesday 6th August 2014. Your details will not be used in any way other than for the delivery of your prize. Geek of Oz and Sony Pictures Home Entertainment do not take any responsibility for the loss, damage or delay of/to prizes sent to winners (blame Australia Post for that one). The judges decision is final and no correspondence will be entered upon. One entry per person, subsequent entries will be void. Prizes are not redeemable for cash or any other kind of trading currency such as creds, latinum, sen, kan, zeni, double dollars or Ankh Morpork dollars. Geek Of Oz take no responsibility for head explosions caused by utter awesomeness. This competition is only open to Australian residents. Any questions or queries can be submitted through the comment section at the bottom of screen. Good luck!
Anime Appleseed Competitions Shinji Aramaki