75 years of Batman: A love letter to the Dark Knight

Just over a week ago the big bad Batman turned the ripe old age of 75, although if you ask me he doesn't look a day over... twenty fi...thirty...Wait, how old is he meant to be again!? Age ambiguity aside, here at Geek of Oz we love us some Batman so to prove it we thought we would share with you some of our all-time favourite stories starring the caped crusader. Enjoy! - Christof 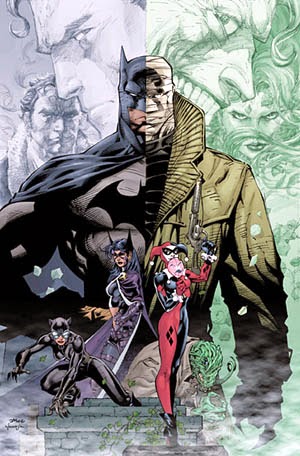 I know Hush has many issues (the problematic kind, not the $6 a month kind). I know there are plot holes, that Loeb’s writing can be inconsistent at times, that characters can feel static, that the narrative can diverge here and there…

But the thing is, I kinda don’t care. Hush was my first experience with Batman on the page, and through the six years I’ve read, studied, critiqued and digested (figuratively) comic books since reading it, I still love the basmeezus out of it. As the old saying goes, you never forget your first.

During my Batman Week celebrations over at my blog I pretend to sound intelligent on, I did a re-read of Hush just for kicks. The plot’s still just as accessible and straightforward as it was during my first reading; Batman has to disassemble a conspiracy involving damn near all of his rogues gallery, and each issue features an appearance by someone major in the Bat-canon. That’s it. This is no epic Grant Morrison continuity kerfuffle, no Scott Snyder reinvention, no Frank Miller exercise in hypermasculinity. This is a nice, simple, engaging and, with Jim Lee on pencils and Scott Williams on colour, very pretty story from start to finish.

I know many who take umbrage with my declaration that Hush is my favourite Batman comic, but to them I say that beauty is subjective. It is not the “best” Batman story, but it’s the one I think of most often when I remember my roots as a comic reader. That leaves a mark on me so indelible that no magnum opus, no matter how flawlessly executed, could ever hope to erase. 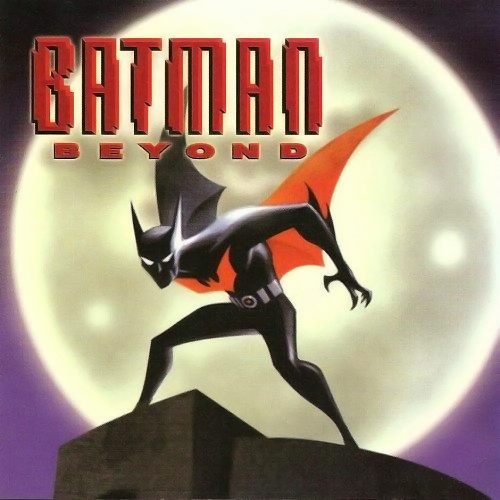 OUT OF THE PAST
Batman Beyond - season three, episode eight

Christof: Batman Beyond was such a wonderfully concocted and executed concept. The Batman of the future, Terry McGinnis, is trained and mentored by Bruce Wayne who is now too old to don the tights. It broke bold new territory, with an eclectic cast of brand new villains and miscreants for Batman to punch square in the jaw, whilst the inclusion of Bruce acted as an anchor to the past and the already established Batman mythos.

Penned by legendary Bat-Scribe Paul Dini, ‘Out of the Past’, brings back one of Bats' key villains, Ra's al Ghul, in a most unexpected way. An episode that opens with Terry taking Bruce to see ‘Batman: the musical’ for his birthday soon delves into highly emotional territory as Bruce begins to grapple with his own mortality.

All the beats of a great story are there. There’s plenty of emotion, action and a gut wrenching twist. What this episode does so well is present a fairly basic story that works on so many levels. It’s a story about accepting our own mortality, letting go of the past, and passing on our legacy to the next generation. Oh yeah and Ras ah guhl kisses Batman, but the less said about that the better. 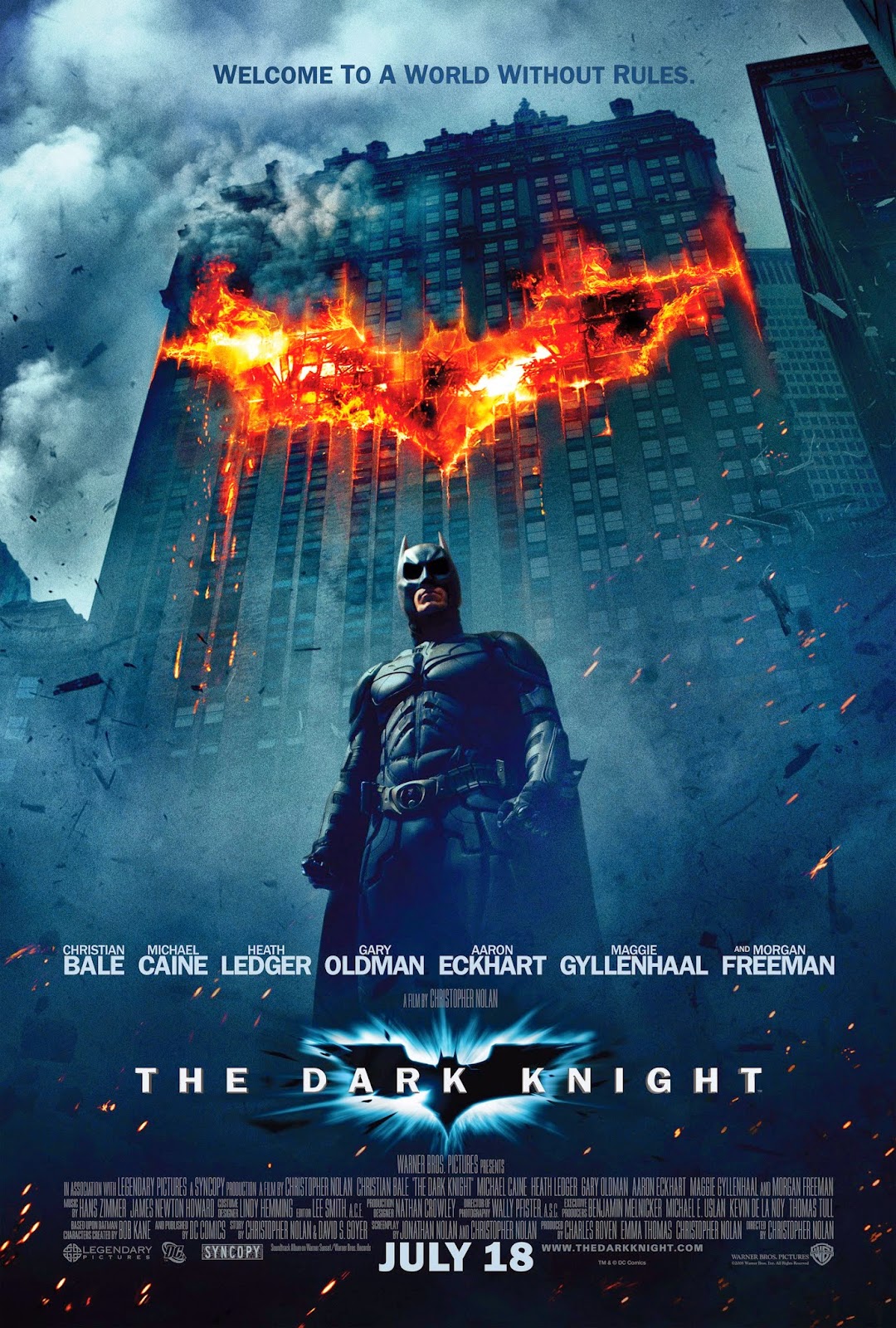 Stu: Christopher Nolan’s The Dark Knight is the kind of film which both intrigues and amazes me a little bit more each time I watch it. In a way, it’s like studying a magician’s trick, trying to work out how he slips the ace up his sleeve, or if can I see the rabbit poking out of his hat. But each time he still manages to fool me. Nolan is a magician who continually tricks me because he distracts with exceptional visuals and lulls me in with compelling storytelling … and for that I proudly salute him.

By no means a perfect film, The Dark Knight is nonetheless an immensely powerful one. What could easily be a silly story of characters running around in wacky costumes is presented as a heart-wrenching tale of epic proportions. Let’s face it,  even when Two Face turns up in all his beautifully-mangled-glory the film doesn’t skip a beat, it all just feels like a truly fleshed out world (pun intended).

In trying to work out why this film works so damn well i could only really come up with one answer, it’s the character of Batman. Nolan’s film works because he was able to capture the very essence of what makes Batman work as a character. Which for me is that Batman is a symbol of justice yet Bruce Wayne as a man who is tortured by demons. The film presents this dichotomy with such efficiency and grace, the likes of which is rarely seen in ‘comic book’ films. I love the fact that the film explores the moral conundrums that Batman finds himself in, instead of just beating up baddies.

It’s no wonder why the Nolan’s Batman trilogy is a benchmark for comic genre filmmaking. The Dark Knight is not only the best film of the series but also one of the best films of the era. 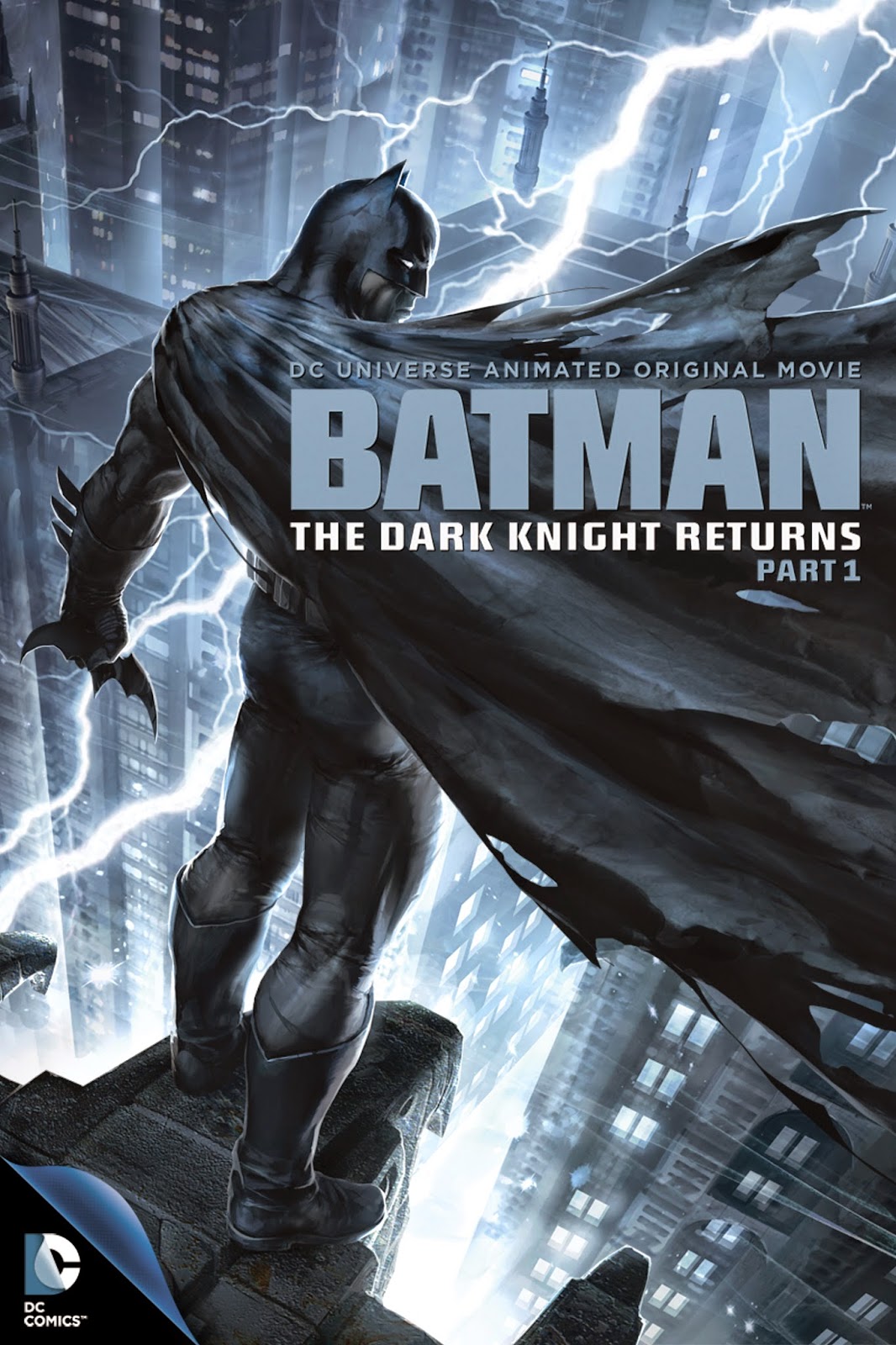 Christof: There’s no denying that Frank Miller’s ‘The Dark Knight Returns’ is an essential part of the Batman canon and mythos. Indeed, Miller was the first writer/artist to really take Batman in the grim and gritty direction that is now so often seen as a quintessential part of the character.

The only problem is, this masterwork was made back in 1986 which means with all the advances in modern colouring, scanning, and printing, the art can come across as somewhat dated, especially compared to the flashy digitally coloured comics of today. Combine this with Millar’s dense writing style and unique literary voice and you don’t really have a book that screams accessible.

And that’s where the talented people at DC Universe Animated Original Movies come in. The movie adaptations look as stunning as they are faithful to the source material. The animation style carefully mimics the feel of Miller’s original work, whilst never going as far as blatantly imitating it. Throw in some bells and whistles such as Peter Weller’s intimidating performance as an elderly Batman and a killer synth soundtrack and you just know you are in for something special.

Seriously, the animated films are such a well handled adaption of Miller’s the Dark Knight Returns that I struggle not to recommend them over the source material. If you haven’t yet checked them out I urge you to do so. Although Frank Miller may have lost his relevance, The Dark Knight Returns Part one and two prove that his ground breaking work on Batman certainly hasn’t.
75 years of batman Batman Batman Beyond DC Comics The dark Knight The dark knight returns