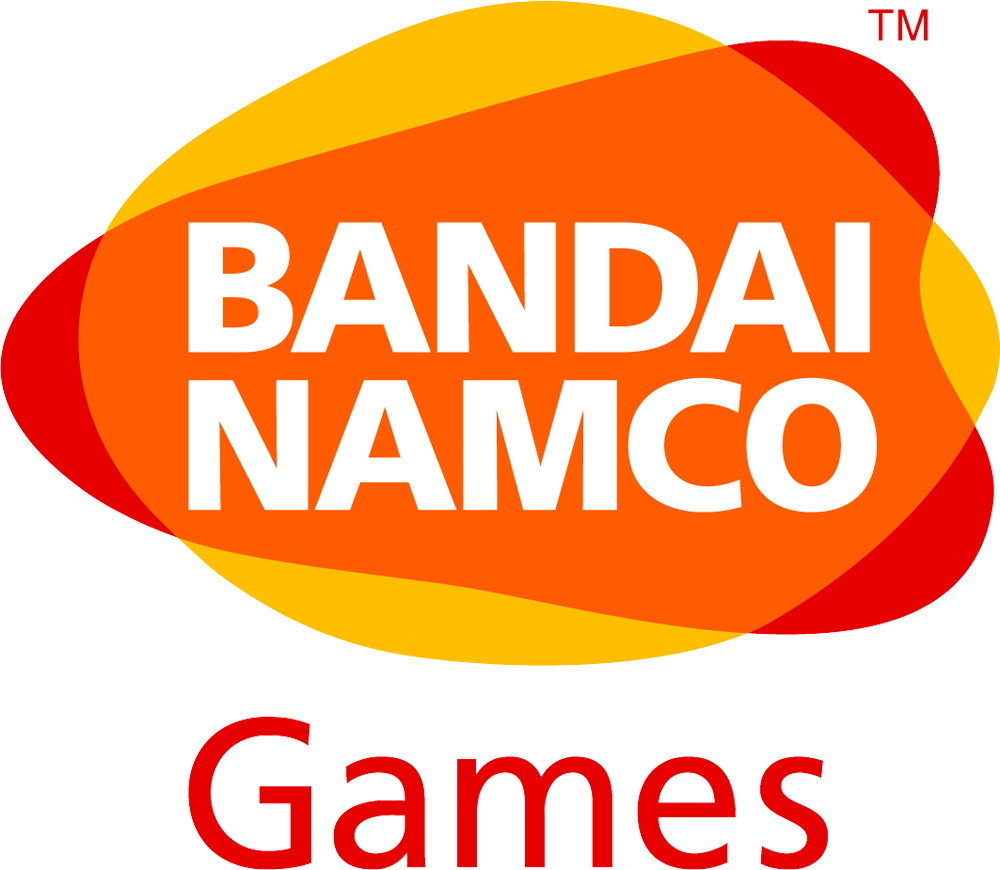 First of all, I’d like to once again thank Bandai Namco and their Sydney studio for giving me the chance to check this advance stuff out last week. They’re a rad crowd, and had some fantastic games on offer.

Second, all these games are good. Seriously. No, I’m not secretly being paid millions of dollars by Bandai Namco, I’m being honest. As a gamer I’m quite hard to please, and despite a few hiccups and one particular game that wasn’t my thang, yo, the offerings on hand were all excellent. It behoves one to at least give them each a look; chances are you, like me, might find something you didn’t know you wanted until you played it.

So, in no particular order, here’s the first lot of gems I got my hands on:

I don’t know about the rest of you, but I was mighty disappointed by Final Fantasy XIII. As a fan of many of FF’s preceding entries it was disheartening to see the gameplay chopped down to almost nothing and the story pared back in favour of attempts at one instead. But if FFXIII forgot a lot of what made the series great, Tales of Xillia 2 is the game that remembers it.

The story concerns a young hero joining an elite military organisation as darkness gathers on the horizon, set within a diesel punk grandstand of architectural beauty and with an enveloping soundtrack channelling the very best of Nobuo Uematsu’s FF work. What sets Xillia apart from its competition is a cel-shaded graphical style, conversational dialogue that explains just enough but not too much, great use of humour and a combat system that, amusingly, is mostly concerned with mashing the X button until the thing in front of you dies.

Oh, don’t get me wrong, there seems to be hints at more complex battle strategy further down the line, but I only played about an hour or so and I really loved that I could kill things just by, y’know, whacking them.

Having not played the first game I’m unsure how Tales of Xillia 2 connects to its predecessor, but if it’s a true sequel then it does a great job orienting new players without overloaded exposition or reliance on reading the manual. It should tell you something about Xillia that I’m able to recall most of it immediately and substantially without the aid of the notes I wrote – from what I played it is that damn good, and certainly stuck in my mind enough for days after playing it.

If you’re a stalwart fan of the good ol’ Final Fantasy days of VII and VIII like I am, Tales of Xillia 2 will be like coming to a warm, cozy home from a long day in the mucky muck. 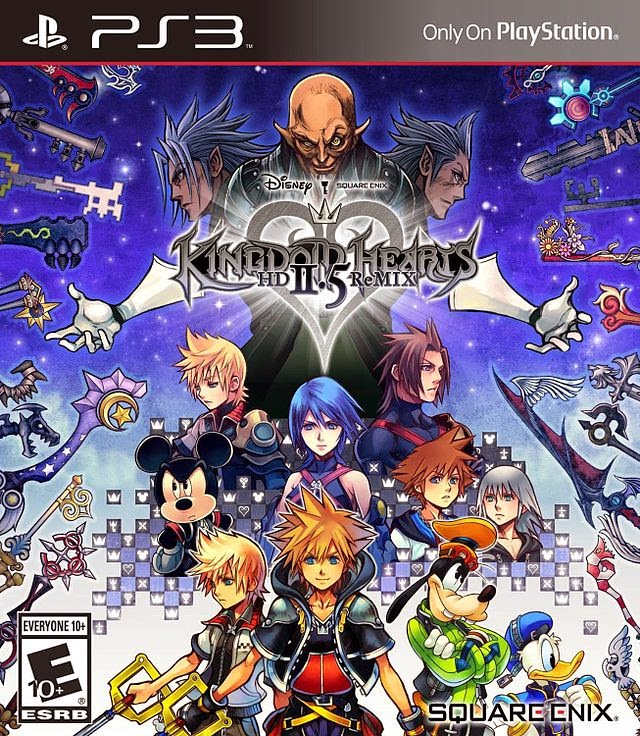 This is really hard to judge because:

That’s it. Literally, the moment the strange black thing I was fighting exploded, the demo ended. The only thing before the battle was a cinematic of Beauty running away, then it was clobberin’ time.

With that in mind, I guess Kingdom Hearts 2.5 was pretty good? Certainly graphical and colourful, which is a plus, and bore some combat similarity to the wonderful whack-a-mole approach Tales of Xillia 2 utilised, but I was confused by lack of context and a complete absence of instruction; a tutorial certainly wouldn’t have gone amiss.

I feel I’m not in an adequate position to judge either Kingdom Hearts or the brevitous demo simply through what was on offer; I gather this is predominantly intended for veterans of the KH series, so y’all might get more from it than I did. It definitely wasn’t bad, just a bit confusing and very colourful. It certainly entices me to see the full product, if only to know why I was fighting a shadow creature and why Beauty had to bail instead of sticking around to kick ass with me. Coz man, that’s a game I would eat up with a soup ladle. 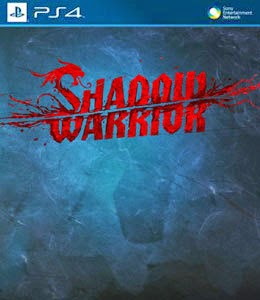 Like Tales of Xillia 2, the other game that springs to my mind without notes is Shadow Warrior, though for comparative but decidedly different reasons.

Basically, if you stuffed Doom, Painkiller, Bulletstorm and Serious Sam in a blender, then served the concoction with a garnish of the scant few best bits from Daikatana, then you’ve got Shadow Warrior. It’s a fist-pumping, adrenaline-fuelled slashfest where a dodgy businessman with a katana is aided by a Japanese trickster demon in slicing more meat than a discount deli in order to attain a magical sword and possibly kill a God. 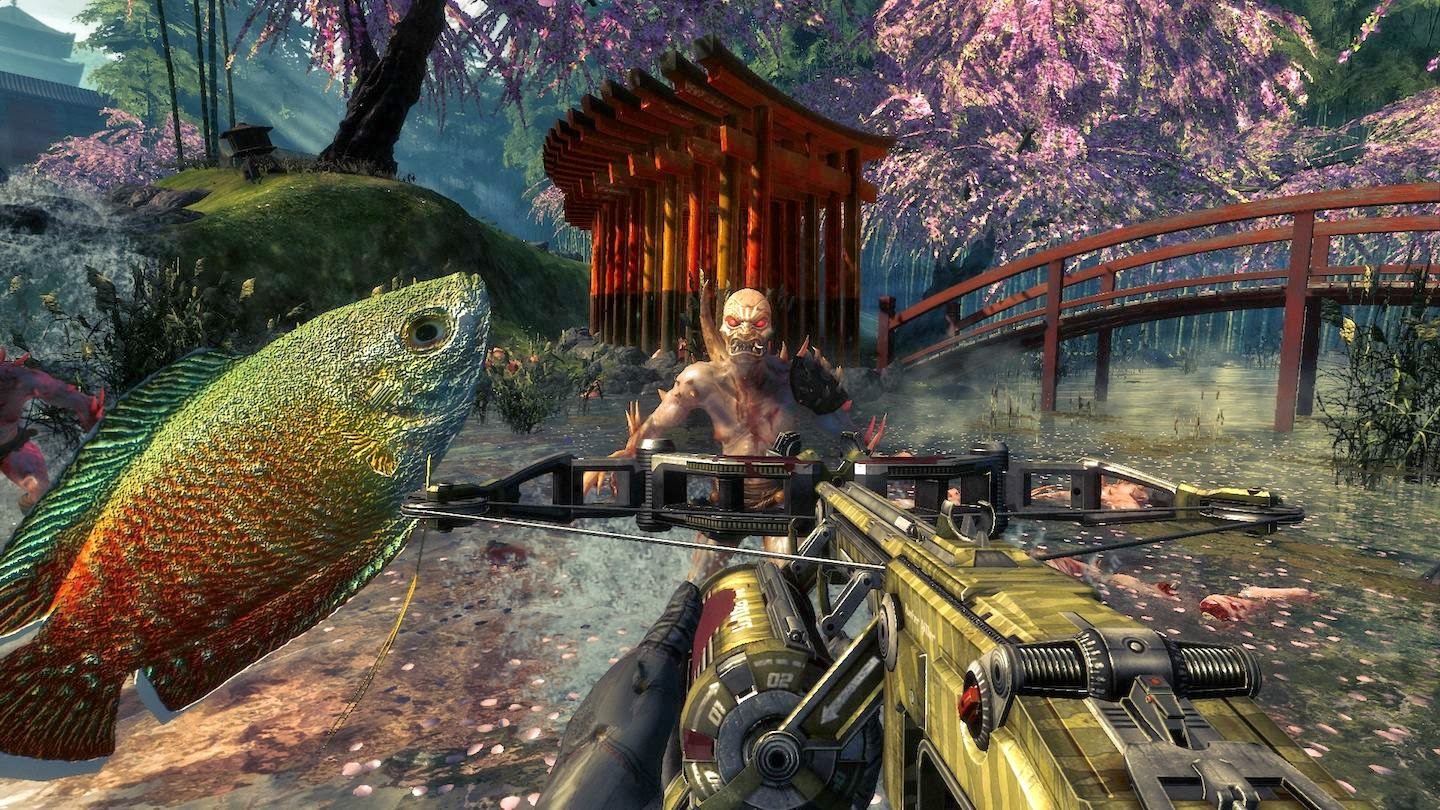 I had Shadow Warrior described to me as possessing a “special” kind of humour, which is an accurate statement. It does not, however, do justice to the complete, sheer and utter insanity the game presents on a steaming platter with a side order of pickled yak’s head.

If copious swearing, severed limbs and progressively more awesome magical sword slashs to learn are your thing, Shadow Warrior will potentially scratch several itches and possibly a couple you didn’t know you had. The controls are nicely streamlined for easy slashifying and the pace only occasionally drops when orienteering efforts in bamboo forests get muddled, but it’s a great little game. I can see the humour value drying up a little over time, so it’s better suited to small doses at a time rather than marathon Skyrim-esque weekends of slash-and-shoot. Also strikes me as a great game for parties to take turns at.

Also also, Shadow Warrior features the best implementation of Stan Bush’s “The Touch” since that animated Transformers film from back in the day. You know a game that deals the Stan Bush card needs to be played for that alone.

Shadow Warrior hits shelves on the 25th of September 2014.