Chris: Low is best described as Finding Nemo meets BioShock, if the opening issue is any indication. It does take most of its page count to get to the central thrust of the narrative, but once it does it manages, much like one character does to another near the end, to really hook you in. 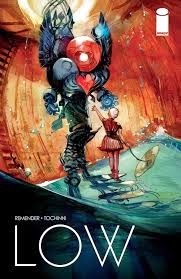 I’ll admit my initial desire to read Low was because of its cover. No other reason; I had no idea the story was about an underwater colony of humans looking for a new world, nor that it would end with the two children of our parental protagonists getting captured by a guy stealing a genetically-encoded Big Daddy suit. I just saw that cover by Greg Tocchini and my jaw dropped. It’s the kind of art Fiona Staples might make if she lived in Rapture.

While it’s not as attention-grabbing as its cover, Low still manages the task of giving me enough story to make me want seconds. It’s a narrative deep-end in terms of audience orientation, with little backstory given as to how and why humans live underwater (though there is a nice undercutting near the start when a character prepares for exposition that is swiftly curtailed). I’m ok with that since this seems like the kind of story best unfolded over time and I trust Rick Remender as a writer.

I’d recommend giving it a look, if nothing else because Tocchini’s art is damn, damn pretty.

Christof: After reading Imperial #1 I'm at a loss for words. Like, seriously, for once in my life I don't 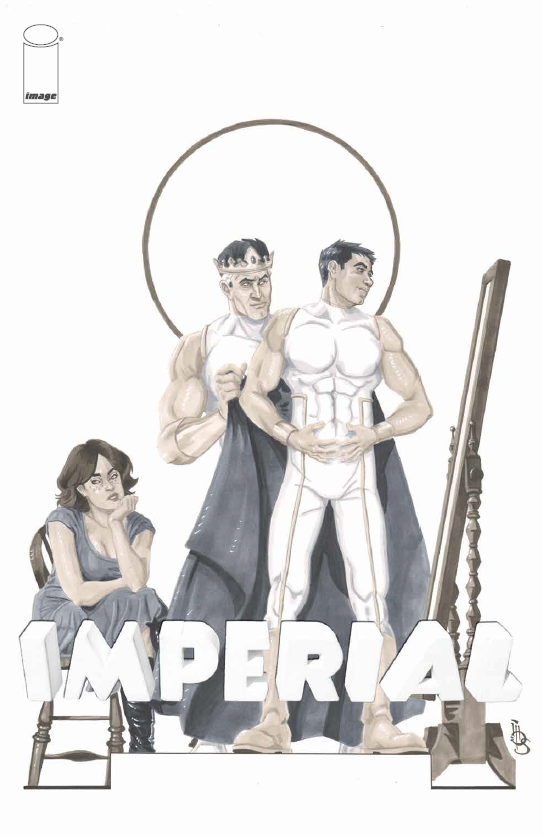 have anything to say about a comic (there's a first time for everything right?). It's not because it's mind-blowingly good, but it's certainly not because it's bad either. Rather, Imperial #1 left me thinking 'is that it?'.

In Imperial, Steven T Seagle promises a comicbook bro-mance/ comedy about an average dude who inherits the mantle of the world's greatest superhero. Don't get me wrong, its a killer premise that single-handedly sustains the entire first issue, but the execution is lackluster. The writing feels heavy handed with lots of clumsy text boxes cluttering panels that would have been more powerful left silent, and the dialoge just feels awkward. Plus it barely got a giggle out of me. Don't get me wrong, maybe it's because I’m a soul-less monster who hates fun (a.k.a the humour wasn't to my taste), but for a comedy book this is not a solid start.

Although the humour may have not been to my taste Mark Dos Santos' art certainly was. Bold line work and a playful flair make Dos Santos' art the stand-out for me and very much the redeeming aspect the issue. Throw in the cliff hanger ending and it's just enough to make me want to come back for more next month. Well played Imperial, well played indeed. 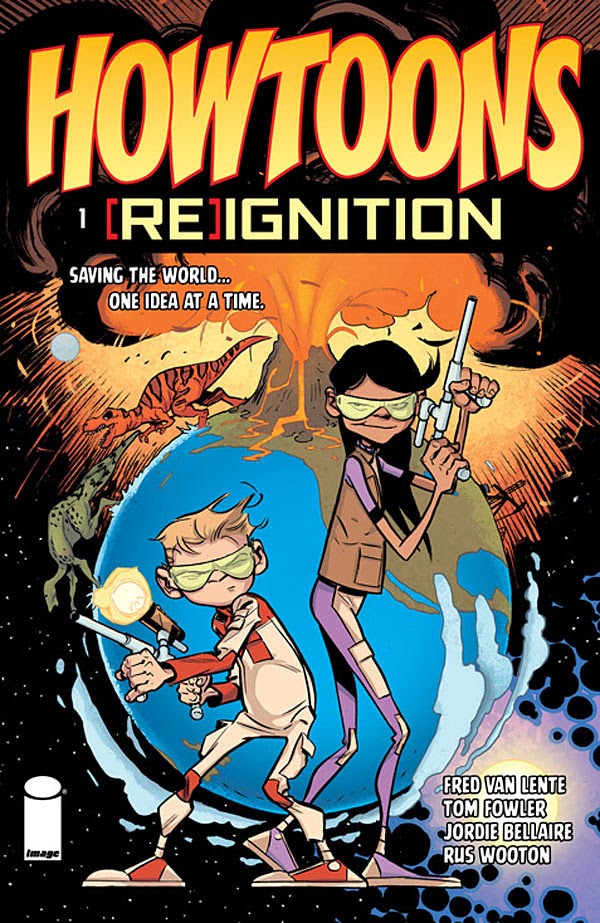 Billy: Sometimes after reading a lot of heavy drama filled comics it's good to take a break and read something heartfelt that soothes the soul. Howtoons (Re)Ignition #1 is that heartfelt story.

Howtoons is an awe-inspiring, adventure-loving, science-doing, energy-literacy series that was originally co-created by East of West's Nick Dragotta. It taught readers how to use everyday objects to invent toys and other things. The series returns under the creative reigns of Fred Van Lente, Tom Fowler & Jordie Bellaire.

The first issue flowed quite well as it combined the story along with the Howtoons project plans teaching the reader about various energy types without skipping a beat. A testament to Fred Van Lente's writing skills. The art is amazing as well as Tom Fowler and Jordie Bellaire compliment each other like a beautiful machine.

I cannot express how great this series is. It's something the parents can read with their kids, kids on their own, or adults themselves. It also teaches to make cool things like a PVC Pipe Marshmallow Shooter!