Chris: SMASH, Rosehill's anime answer to Sydney's Supanova, has come and gone. And what a convention it was!

Those looking for cosplay, anime-themed karaoke and a graffiti wall with scribbles from participants need look no further than SMASH! It's a mega-super-hyper-kawaii-awesome con that scratches the manga and anime itches, and even a couple of itches you never knew you had. For instance, I got my photo taken with Evangelion Unit 02, which is something I never knew I wanted until I stood beside the cosplayer and smiled like a dork as Christof took my photo.


The con this year was packed to the rafters with people, purchases and purveyors of fine artwork; it's easily one of the fullest conventions I've ever visited outside of San Diego, which is heartening to see especially in somewhere a little off the beaten track as Rosehill. Inside and outside the main event I witnessed a cornucopia of cosplay and colour, and coupled with a day that began cold and foggy before eventually metamorphosing into a sunny, idyllic afternoon just made it all the better to be there.

Guest-wise, we were treated to three international people of note: first was Reika, touted as the "number 1 cosplayer in Japan", who showed up as Levi in probably the best Attack on Titan cosplay I've ever seen, who expounded on her love for anime and the channeling of that love into her costuming craft.


We also had Kotono Mitsuishi, the seiyuu (voice actress) behind Misato Katsuragi from Neon Genesis Evangelion and the eponymous protagonist of both Sailor Moon and its reboot Sailor Moon Crystal, amongst other characters. Resplendent in a royal purple kimono, Kotono-san talked about how her initial wish to enter childcare in Japan instead gave way to one of the most prolific anime voice careers in recent memory.

Finally, we had Toshihiro Kawamoto, art director and character designer for anime such as Cowboy Bebop, Space Dandy and Fullmetal Alchemist, who spoke of the stark contrasts and subtle similarities between animators, actors and cosplayers in the world of anime.


SMASH was definitely a big hit this year, especially in terms of the spacious and almost-certainly-filled-to-capacity Artists' Alley towards the back of the convention. What'd you think of it all, Christof? What stood out to you? 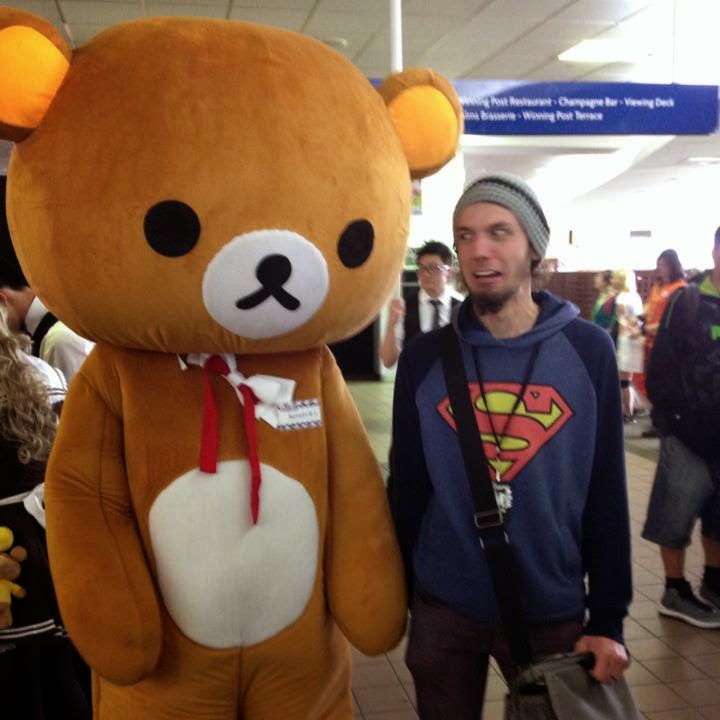 Christof: Now in its eighth year, SMASH has continued to gain momentum and become not only an impressive convention from the perspective of sheer size and organisation, but also a unique one in the role it plays in Sydney's 'geek' scene. At no other convention will you get karaoke, origami and paper crafts, video-games, a Gundam building station, trading card games and a maid cafe all under one roof. SMASH! is eclectic to say the least, bringing together all aspects of anime and manga fandom under one convenient roof.

It isn't a convention as much as it is a place to hang out – there’s so much to see and do and plenty of places to sit and chat. A big kudos to the organisers for really putting an emphasis on this, all too often conventions turn into a day of battling crowds and way too much standing. This sense of fostering the local community and geek scene really came through in SMASH's artists alley. 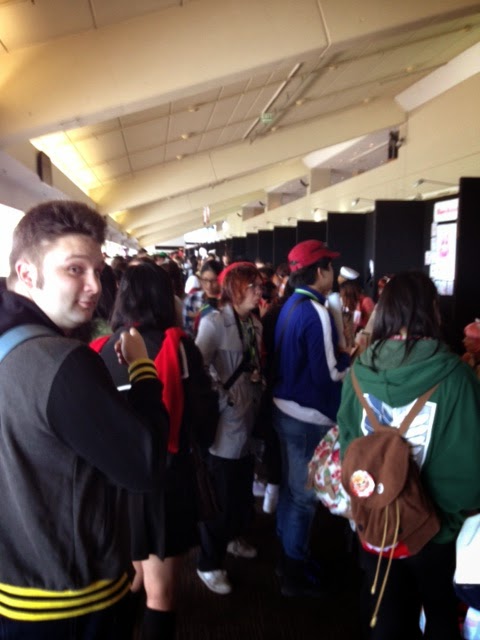 
Never before have I seen so many con-goers not only in artists alley, but actually interacting with artists, checking out their wares and buying their art. I picked up a gorgeous little indie comic called Princess Princess by the very talented Katie O'Neil (http://strangelykatie.com/), she was among many talented artists all selling prints, comics and hand crafts.


Festivities aside, the biggest draw card for any convention like this is their line-up of special guests, and this year's SMASH! certainly didn't disappoint. Chris and I were lucky enough to start the day with a flashy media-only (yeah, I don't know why they let us in either!) press conference in which we were able to get some Q and A time with the guests.

But before we could even get to the questions I was already gob-smacked by Reika's amazing Levi cosplay. Seriously, her costume was the real deal. With every minute detail covered, from each hair on her head to each thread in her leather jacket, it was easy to see why she is Japan's number 1 cosplayer.


Toshihoro Kawamoto and Kotono Mitsuishi were both insightful and entertaining, and although I was only familiar with a small portion of their body of work, I could appreciate their love of and contribution to the anime industry.


Chris: Me too, Christof. Definitely some entertaining guests.


SMASH! was a helluva lot of fun, heartily recommended to any with even a passing interest in manga, anime or cosplay. Coz seriously, where else could you get a photo of yourself defending Wall Rose?
Anime Comics cosplay kotono mitsuishi Manga reika rosehill smash SMASH 2014 smashcon toshihiro kawamoto