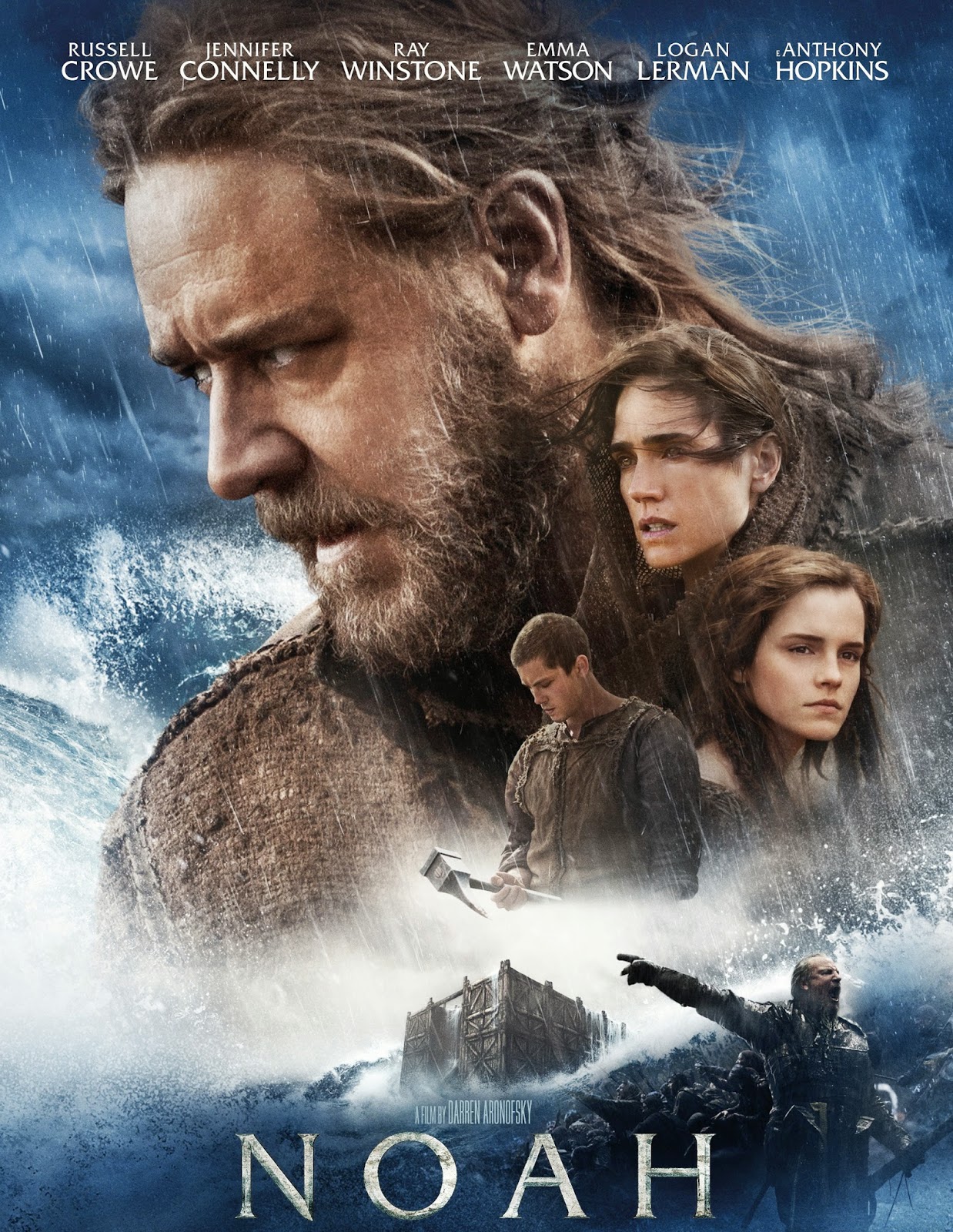 The cinematic release of Noah was marred by boycotts and controversy from the get-go. It seemed that some people just weren't able to stomach this different interpretation, claiming an unreasonable ownership over it, a story that is both universally found in myth as well as being very much in the public domain. As director Darren Aronofsky was quick to point out in interviews, the story of the flood is one that belongs to all people, not just those identifying with a specific faith. Look, all I'm saying is 'Hansel and Gretel: Which Hunters', another beloved public domain story given the Hollywood treatment, didn't have to put up with this crap.

Controversy aside, Noah is the biblical fable come to life, combined with the visual overlay and spectacle of epic fantasy. It's big, it's bold and although at times a bit outspoken, it's a movie with a message. Understandably the film has to take quite a bit of artistic license to expand the story to fit a two hour film but this is not at all surprising given the brevity of description in the original biblical account. 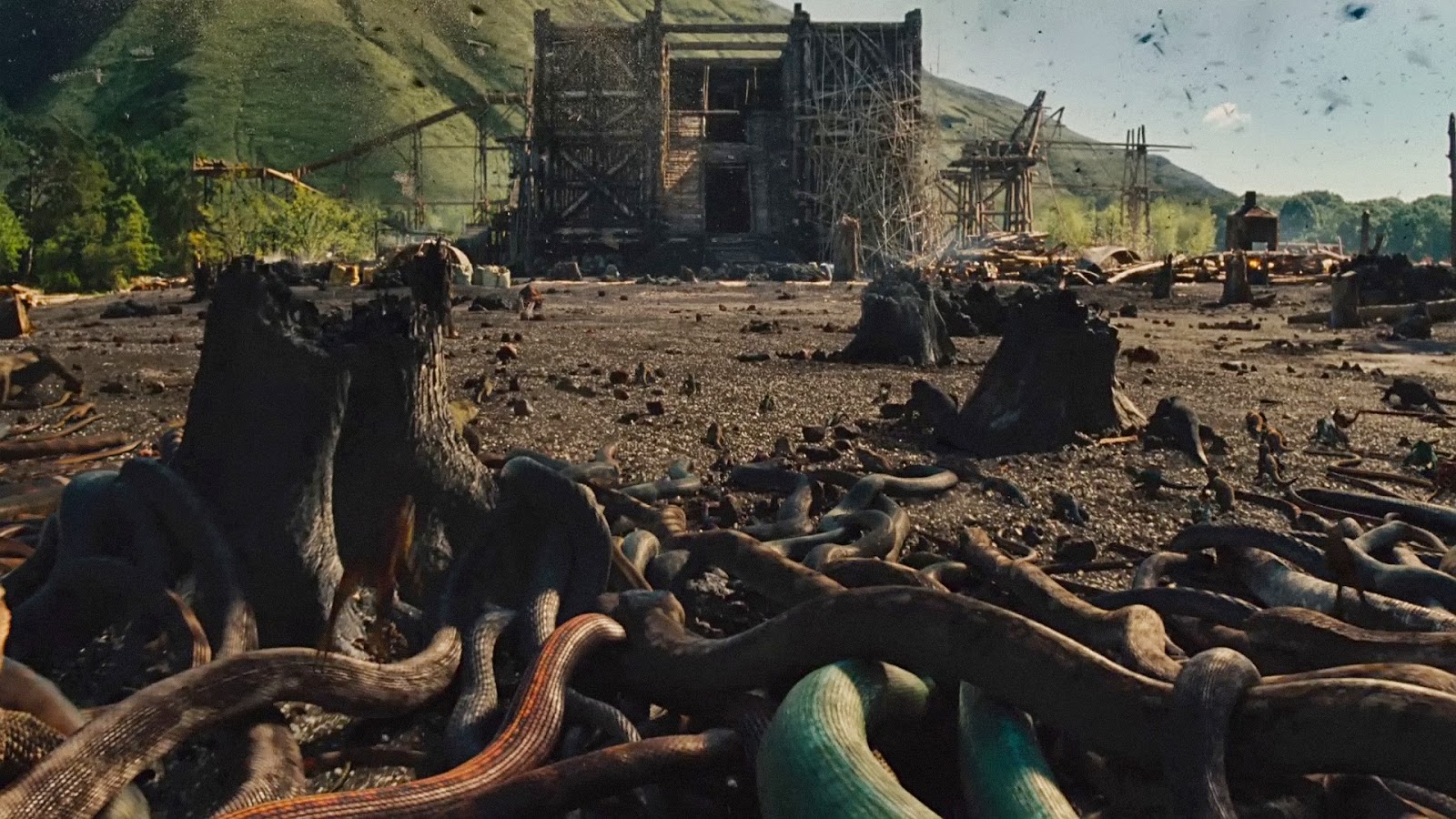 Noah opens in this sort of ancient 'post apocalyptic' world. The descendants of Adam and Eve's murderous son Cain have dominated the planet consuming almost all the natural resources in the pursuit of wealth, power and war. In fact, the only good people left in the world are Noah and his family, the descendants of Seth (Adam and Eve's other child).

In order to save what's left of the planet, as well as punish  mankind for their selfishness and irresponsibility, the 'creator' (a.k.a god) sends a giant flood to engulf the earth. Although there certainly are a lot of embellishments and interesting sub plots, the story is more or less the same as it always was; Noah builds an ark, all the animals get onto the ark with Noah and his family, and everyone dies in the flood except for those on the ark.

What does change, however, are the moral implications of what's going on and the lingering question of whether or not mankind is worth saving. It's as morally complex as it is challenging, and at times downright horrifying. A big kudos is  to Aronofsky for turning what is usually sidelined as a childrens story into a parable for all of mankind about the sort or terrible fate that might befall us if we don't get our act together and start giving a toss about the planet. 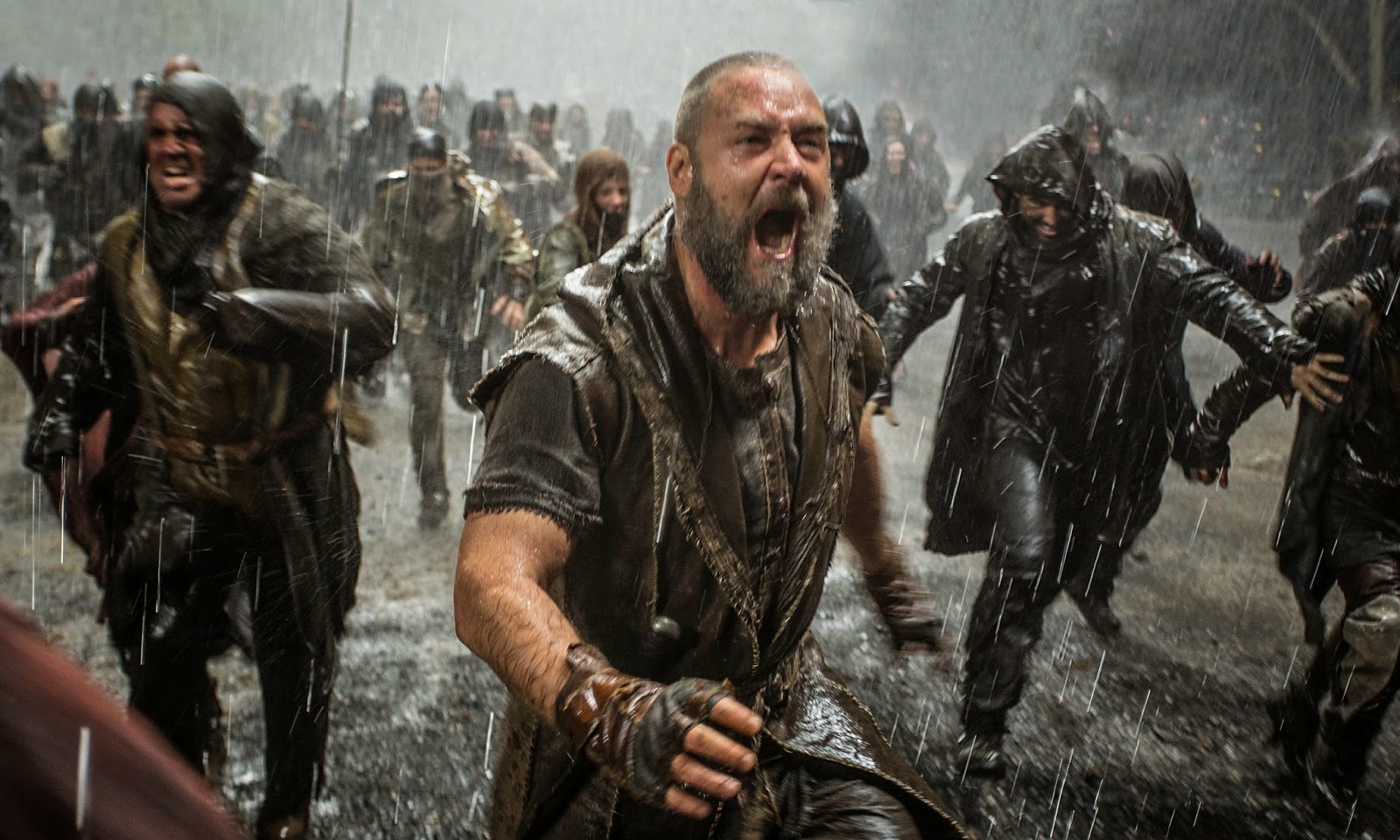 Although it features quite the star studded cast including Jennifer Connelly, Emma Watson and Sir Anthony Hopkins, Noah is Russell Crowe's film. Crowe brings a real sense of drama and gravitas to the role of Noah. At times he can be over the top but it isn't really out of place given the film is about a giant influx of water destroying almost all life on earth.

Overall I thoroughly enjoyed Noah. Any scepticism I may have had was instantly washed away (pun intended) by the stunning cinematography, great special effects and solid writing. If you can buy into the drama and view it as a fantasy film rather than an adaptation, then I think you too will find much to love.

Noah is available now on DVD and Blu-ray.

I reviewed Noah on Blu Ray and apart from the feature film, it contains about an hour and a half of bonus footage documenting the film making process.