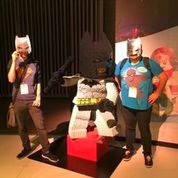 Last Friday Billy and I were lucky enough to attend EB Expo as media, and man did we have a blast. Everywhere you looked there were sweet, sweet video games just waiting to be played. In order to communicate the awesome that was the EB Expo to you in a way that's more understandable than me drooling in the corner whilst repeating the word 'games' over and over, Billy and I thought we'd have a chat over the highly personal medium that is Facebook chat and edit it into something that resembles a write-up on the convention. Enjoy! - Christof

Christof: So what was your first impression of the expo?

Billy: It was actually pretty schmick! The lights, displays and sounds that greeted us made me go a little "Whoa!" in a Keanu kind of way.

Christof: I know, right! The level of showmanship that went into the expo was truly impressive. 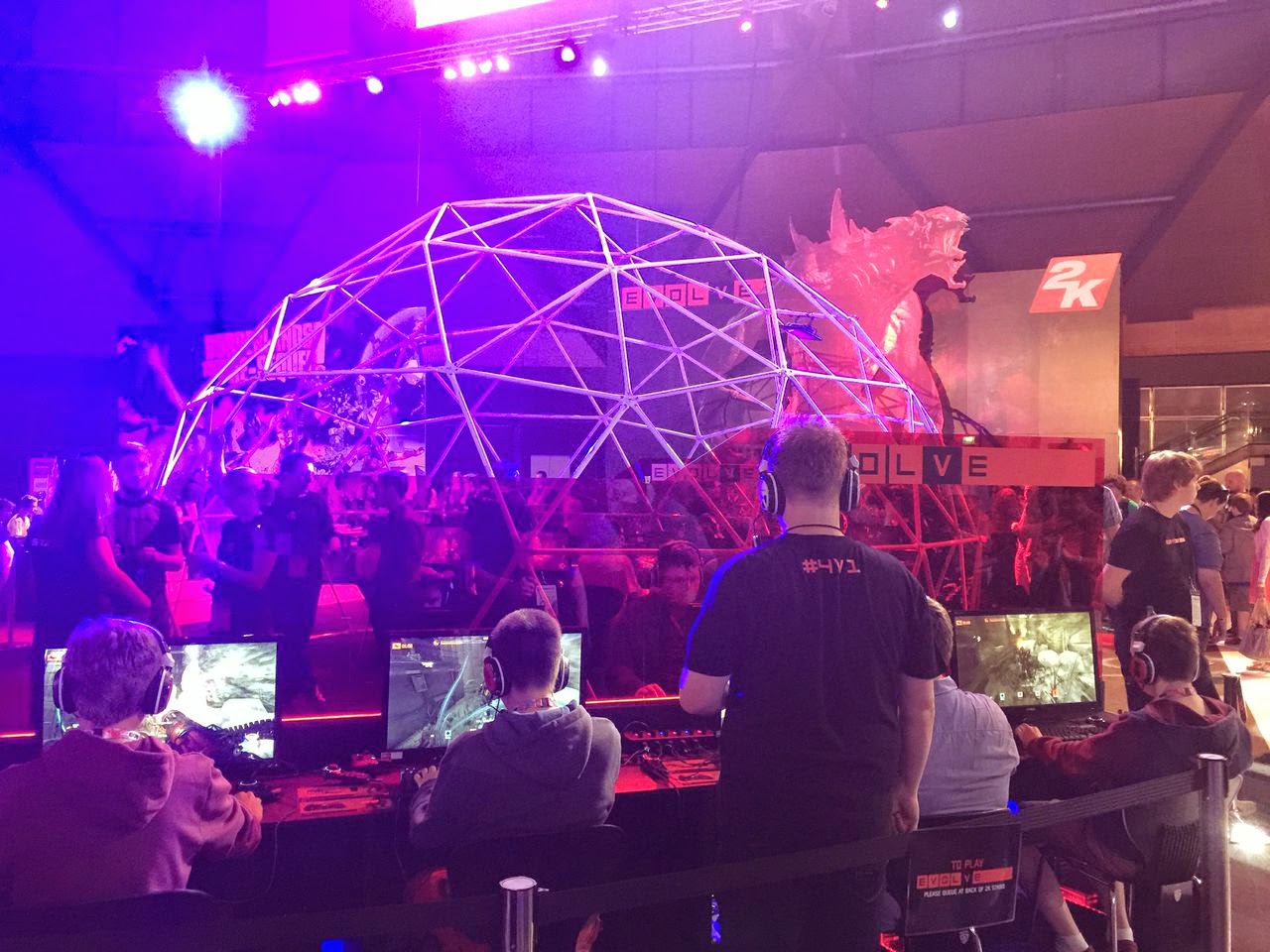 Billy: The ease in which the crowd and entrance was organized was great. Everything seemed to flow so smoothly.

Christof: I remember when we were trying out Evolve half way through the game I started coughing and looked up to realize right above me there was a giant monster cut-out complete with a smoke machine emitting smoke from the creatures nostrils.

Man, the games industry knows how to put on a show.

Billy: Oh yeah, they really do.

Christof: To me it sends a message of caring about the fans, going to that extra effort to grab your attention and keep you entertained. The expo is kind of a love letter to the gaming fans of Australia in a way.

Sure it's a commercial event, but it also provides Australian gamers with what we have wanted for ages: a dedicated gaming event where we get to try out the latest games before they are officially released and interact with the people who make the games we love.

There's something very 'gamer' about wanting to play a new game before everyone else, even if it's only a month or a couple of days early.

Billy: It did feel kinda cool playing Lego Batman before anyone else. I could have stayed there all day playing that. Those 20 minutes seemed to go by all too quickly.

Christof: Man, those Lego games are moorish. Plus the Batman masks we got to wear while playing it were a nice touch.

Although not my pick of the show, Lego Batman 3 was definitely a standout. Sure it's more of the same, but I never get sick of that Lego sense of humour or the intoxicating mix of puzzles and action

Billy: I do like how each Lego game made seems to be a jump forward game play wise. 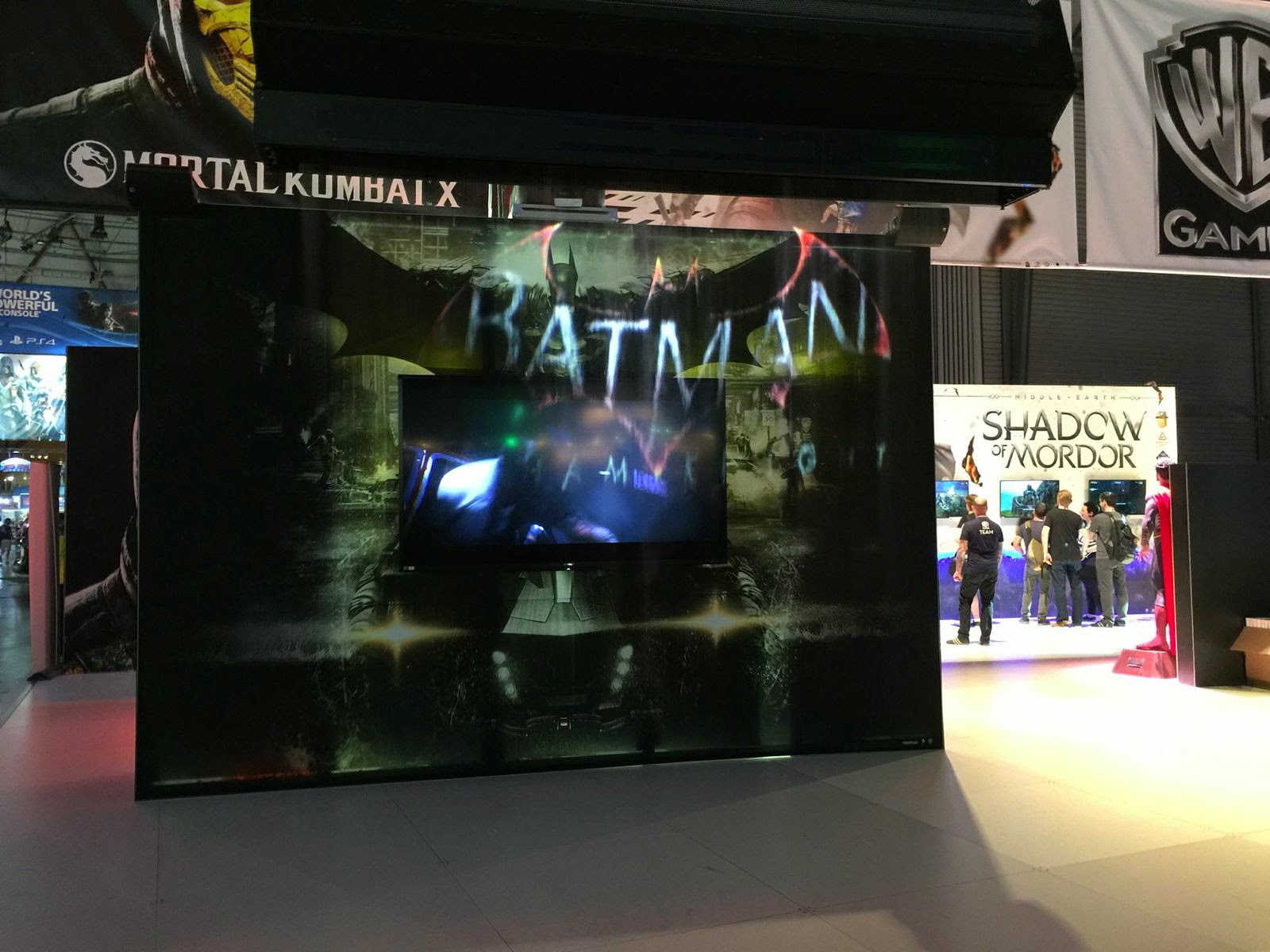 Billy: I'm not sure if the demo is exactly like the game, but it was great to see so many new costumes/weapons available so quickly. The Justice League as well.

Christof: It's pretty impressive how easily the series seems to handle the different power sets too. The heroes always feel powerful enough, but never overpowered

Billy: Exactly. Constrained by level design or some of their weaknesses. Speaking of superheroes, we swung by the Disney Infinity 2.0 booth and had a quick play. Of course, I HAD to play as Spidey which made it all the more fantastic. To add icing to the cake, we had a photo taken in the special Infinity figure case! My dream of being a superhero is one step closer.. . kinda.
Christof: Another game we got some decent hands on time with was Evolve from publisher 2K games.

Billy: So good! I had no knowledge prior to jumping in with you and three other members of the public. I liked how they had an intro video for us explaining the game and the importance of teamwork. Even though I still kicked your team's butt.

Christof: For those playing at home Evolve is a 5 person co-op shooter only instead of fighting against AI, four players take on a boss monster controlled by the fifth player, in our case it was Billy. And yes Billy, you did hand our butts to us.

From my end, playing as a medic, it seemed pretty standard fps fare. I had a rifle, a medi-gun and a group heal style effect. Oh, and a jet pack which was a cool addition. 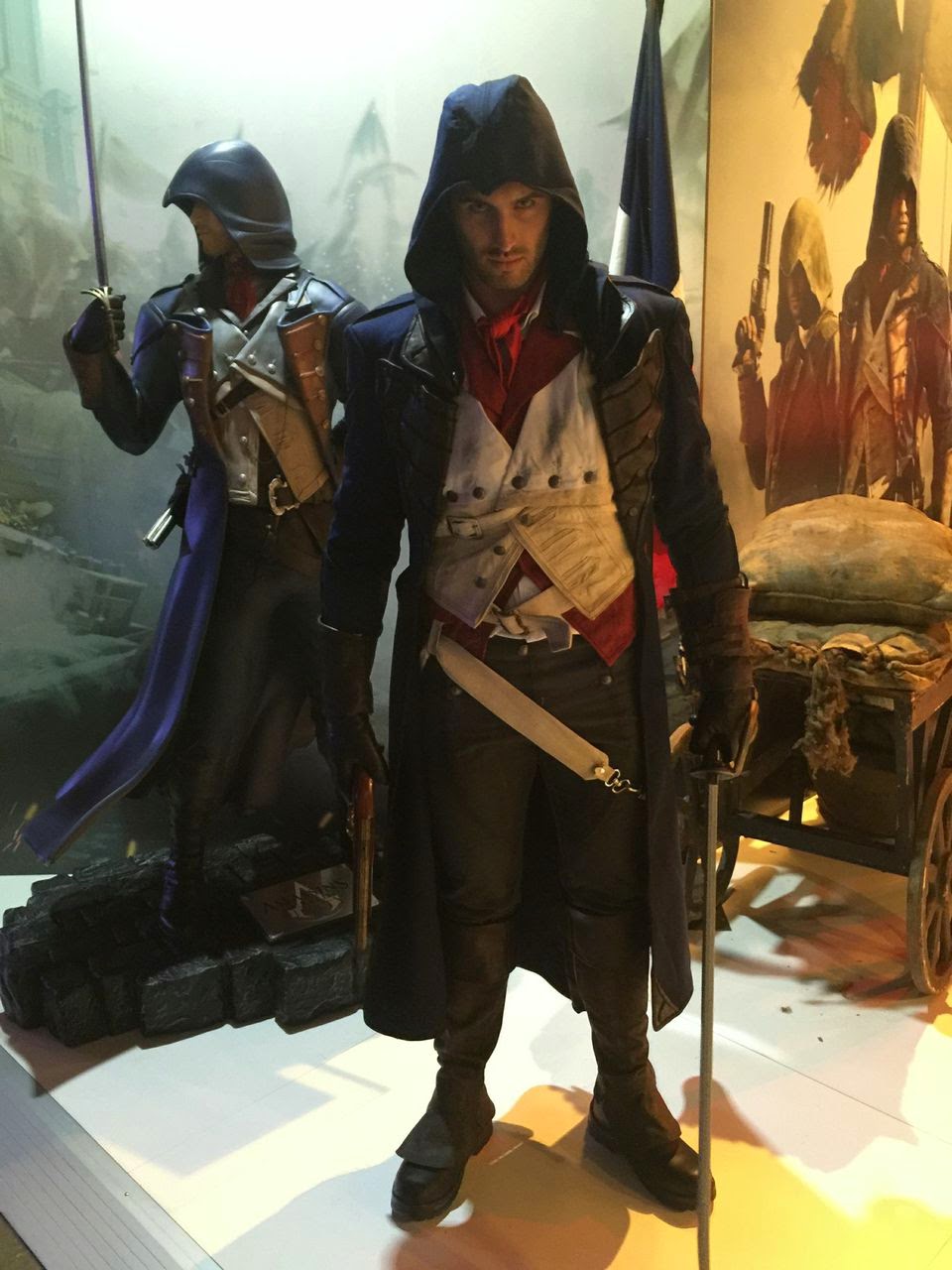 Billy: I did like how your team thought it was best to send the medic forward and use him like a human shield.

Christof: Apparently my team was asleep for the whole 'team work' part of the intro video.

What was it like playing the big bad monster?

Billy: It was interesting. There were two monsters to choose from. A close attack one and a ranged attack one. The Goliath & The Kraken respectively. At the start of the game you choose a monster and what abilities to focus on. Also a perk to help game play as well.

Each monster has 4 special abilities. Once you're in game you have to attack and eat wildlife to build up your XP meter. Once it's done you evolve into a stronger version of your monster, as well as gain points to upgrade your abilities. The aim of the monster is, obviously, to kill all four players.

Christof: Even though you wiped the floor, as my team didn't do the whole teamwork thing very well, I had a lot of fun with Evolve. Will definitely pick it up when it gets released early next year.

Christof: We were also lucky enough to be invited to some media only Q&A sessions with some of the developers at the convention, namely Simon Barlow (design director of Driveclub), Marcus Smith (Creative director of Sunset Overdrive), Ben Penrose (art director of Forza Horizon 2) and the guys from 2K Australia who recently finished working on 'Borderlands: the Pre-sequel'. Was there a stand out panel for you?

Billy: For me it was the Borderlands one. It had a larger panel and it was the game I was most interested in. Listening on the other Q&A panels made me intrigued for the other games.

Christof: It was obvious the developers were really passionate about the games they were creating and being part of that dialogue between consumers and creators was a rare treat. 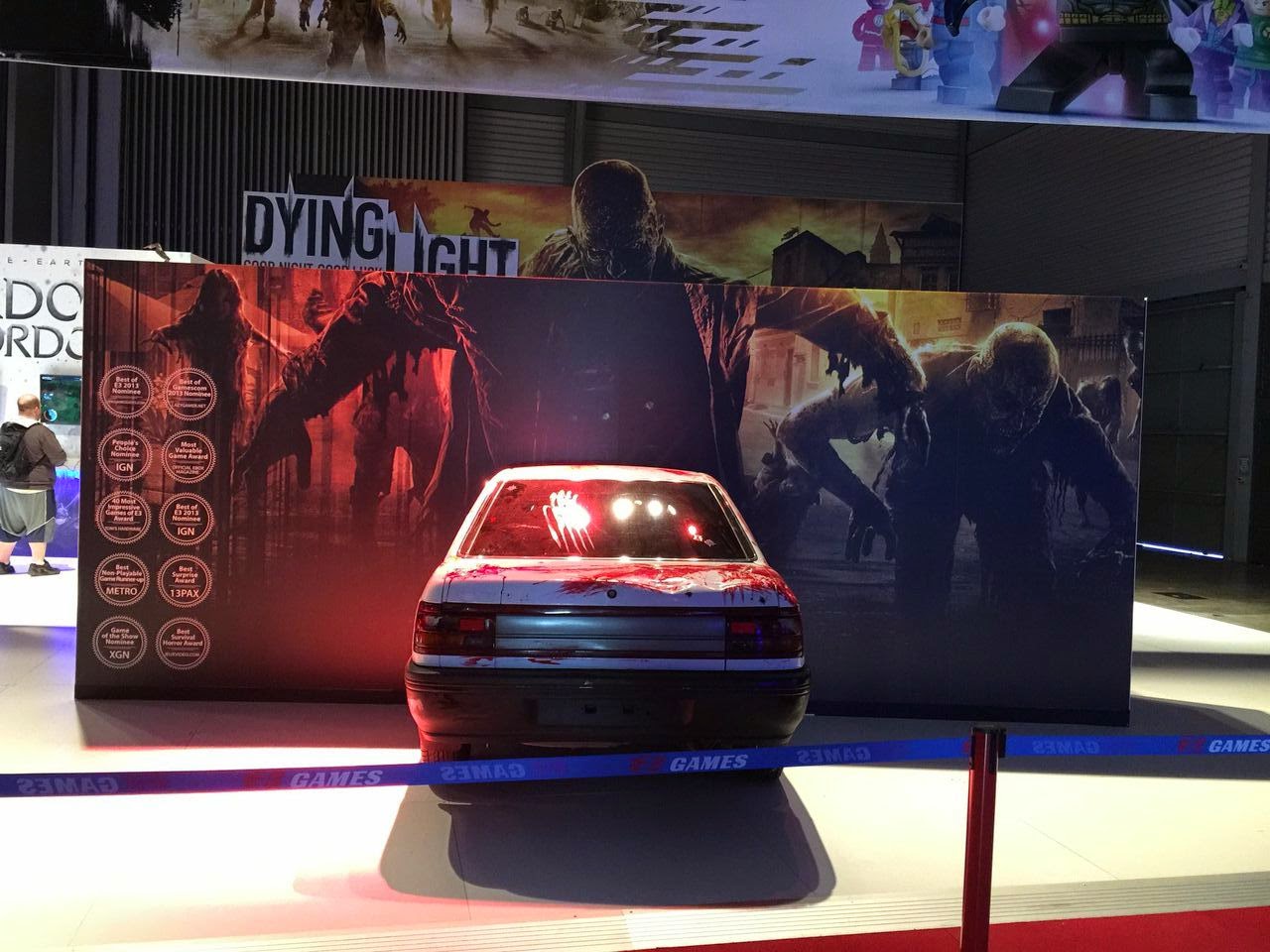 To answer your question, probably Marcus Smith from Insomniac Games. As well as being a  charismatic dude he gave a really cool glimpse into the process of making of the game

He was also quite charming.

Christof: I appreciated how he talked us through the process of how they come up with all their crazy weapon ideas.

Billy: Yes! That was amazing! It made more curious about the game. The fact he mentioned Jet Set Radio Future as an inspiration was great too. I loved that game.

Christof: It's always nice when the energy of the developers translates across to the audience.

Well That's all folks! Thanks again to the wonderful people at the EB Expo for making sure we got our daily dose of video games. Until next year!