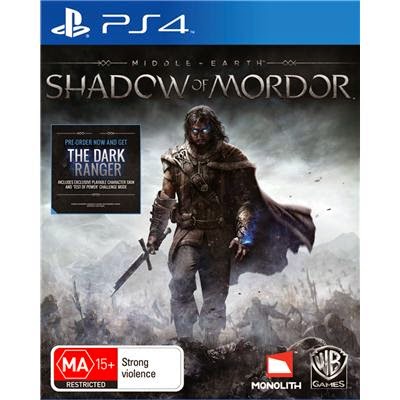 Over the years there have been numerous vidja games set in the Tolkien realm and just about every one of them has been worse than a Ring Wraith’s hand writing. Seriously, how are they supposed to have any sort of dexterity with those spindly, armour clad fingers? Anyway, just when you thought all hope was lost, along comes Middle-Earth: Shadow of Mordor from WB Interactive Entertainment and Monolith Productions.

Set between the events of The Hobbit and The Fellowship of the Ring, you take control of Talion, a ranger of the Gondor garrison who, along with his family, are cut down by some of Sauron’s baddies before being rejected by death. You then find yourself bound to an amnesiac Elven Wraith and adventures abound. By adventures I mean lots of heads get chopped off.

Those fiercely bound to Tolkien’s lore will have a bit of an issue with the story as it not only diverts from the general feel of Tolkien’s Middle-Earth texts by focussing on what is essentially a revenge story, but also mucks about with the timeline by introducing Gollum, and also with the power of Celebrimbor and apparent immortality of Talion. That said, if you’re a common, garden variety fan and not an absolute purist, you’ll absolutely adore the amount of lore that Shadow of Mordor has on offer. 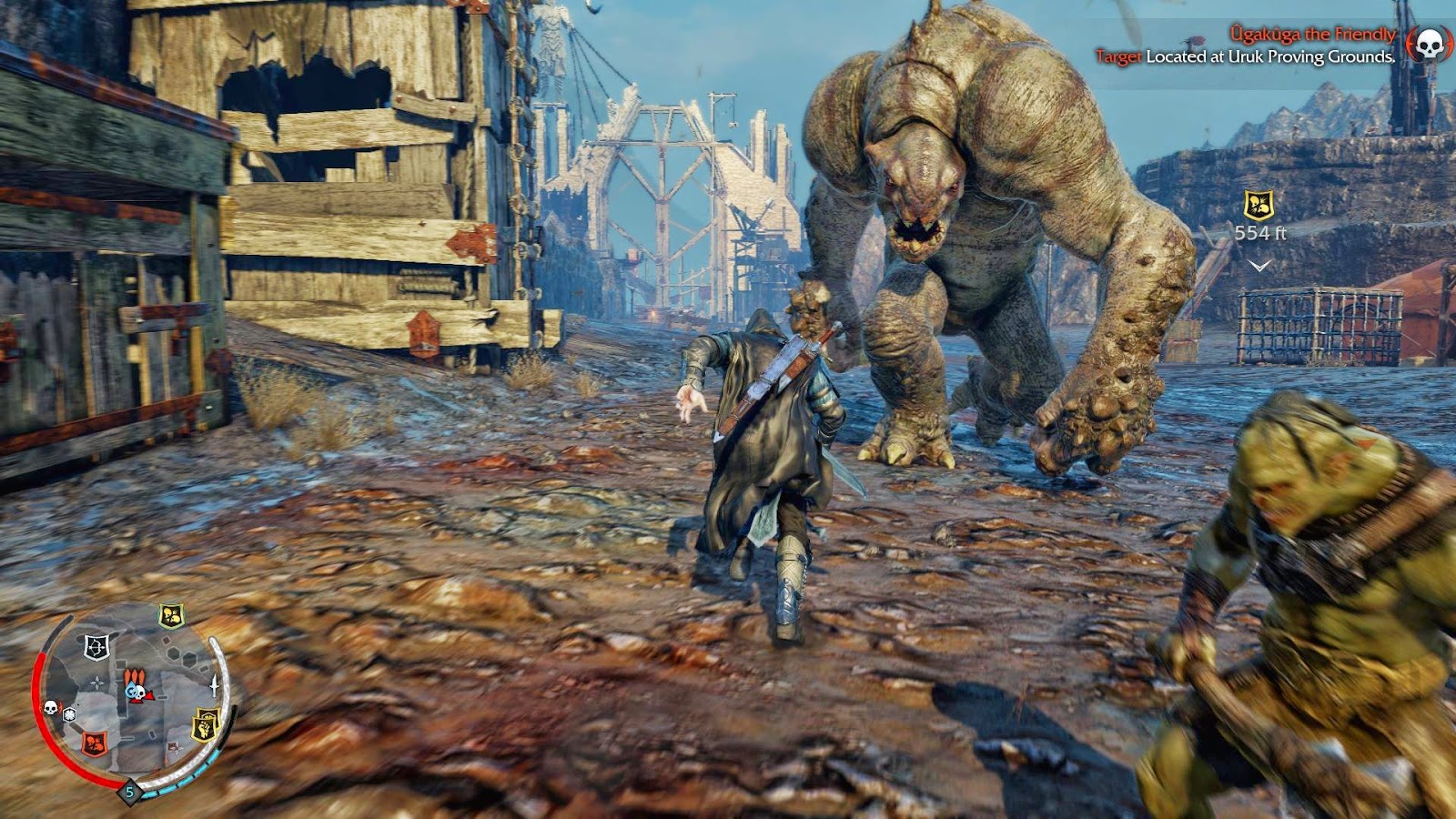 Almost everything you encounter, or kill, has an interesting lore article or appendix attached in the game menu. From the menu you also get to upgrade Talion via two separate skill-trees which unlock certain abilities of both the Ranger and Wraith variety. While you may think that upgrading your ghostly abilities would be a better value proposition, the Ranger abilities are equally as useful and arguably more brutal. To promote a balanced style of play, these two skill trees are unlocked by increasing two separate levelling platforms which involve missions tailored towards either Celebrimbor or Talion while simply going around and chopping Uruk’s heads off will increase your general skills or, in the case of Uruk Captains, unlock runes to power up weapons. These differing ways in which to upgrape your character, specific skills and weapons is a great motivation to take part in side missions and even free-roaming, instead of just ploughing through the main missions. 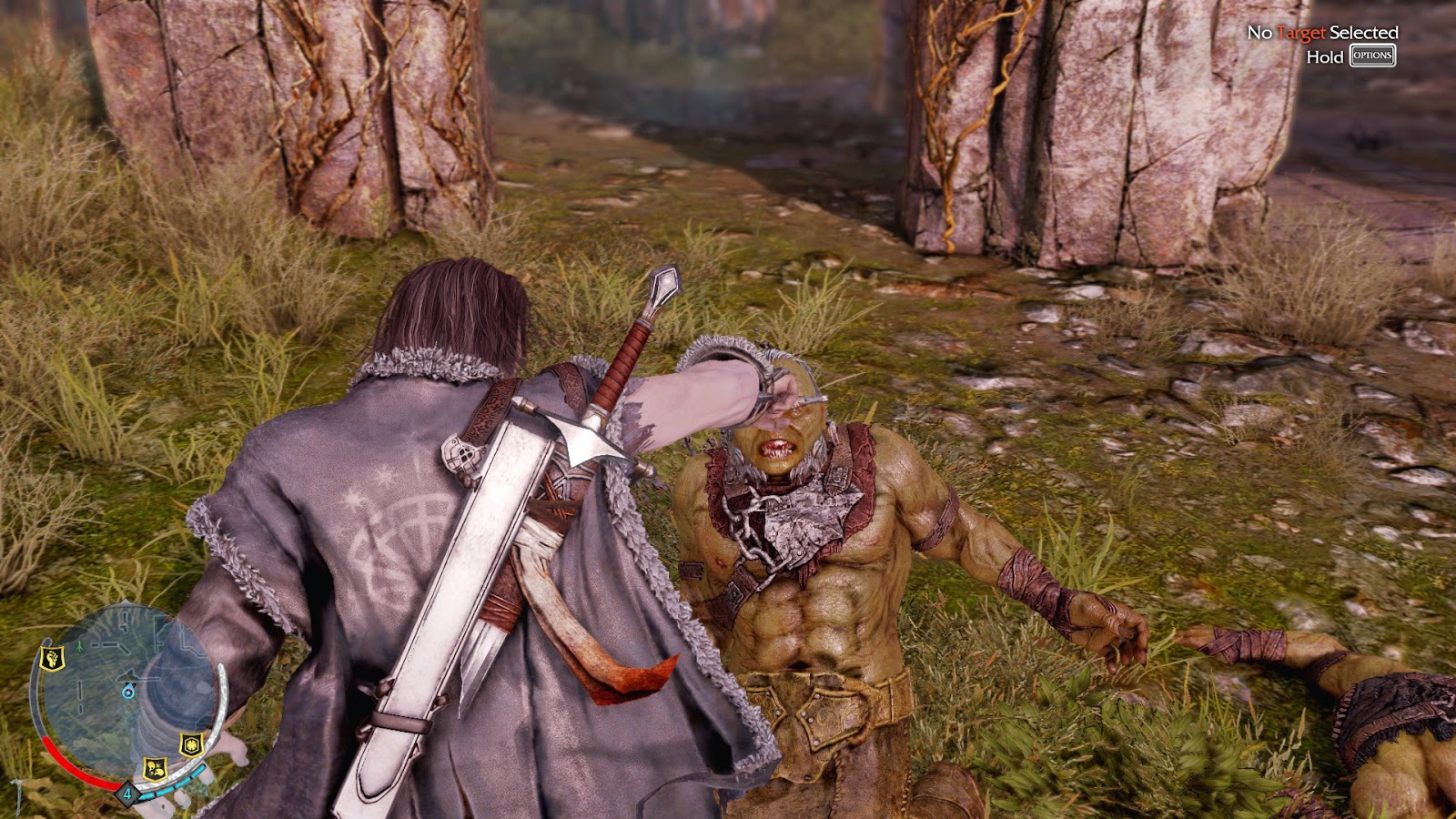 The visuals in this game are fantastic in every way and are incredibly polished. The landscapes are suitably desolate but still manage to exude a beauty that fantasy fans will surely appreciate. While I can't comment on other platforms, the PS4's textures, draw distance and sheer volume of action on screen at any one time is remarkable. Stand upon a high point and you'll be able to see Uruk hassling human slaves, Caragon ravaging characters one after the other and a whole scenic view of a despair filled, yet strangely beautiful landscape. Muddy puddles, red earth trails and battered ramparts are your general view until you stumble upon strongholds which, after the abandonment of Gondor, look as splendorous as they do ramshackled. It’s in these moments, when under siege from hordes of almost entirely unique baddies, that you may well encounter a Captain.

These sub-level bosses all have their own strengths and weaknesses which can become known to you by interrogating the right minion. At times this allows you to finish them in one swing of your blade or release of your bow, but at times can be extremely perilous. If you so happen to die at the hands of a captain, their own power level increases, making them an even more lethal opponent and initiating the very impressive ‘Nemesis’ system. This system sees your opponents challenging each other as they increase in power and as they do, their physical appearance and even armour will change as well. In fact, each of these foes will remember you and make comments such as “I won’t go down so easy this time” if you beat them previously or “why won’t you stay dead?” if they beat you. Going even one step further, enemies who were defeated by fire may exhibit burns, or one downed by an arrow to the face may wear a patch on your next encounter. This system is truly impressive and makes the your interactions with these Uruk captains feel unique and personal, giving weight to what feels like a constant threat. 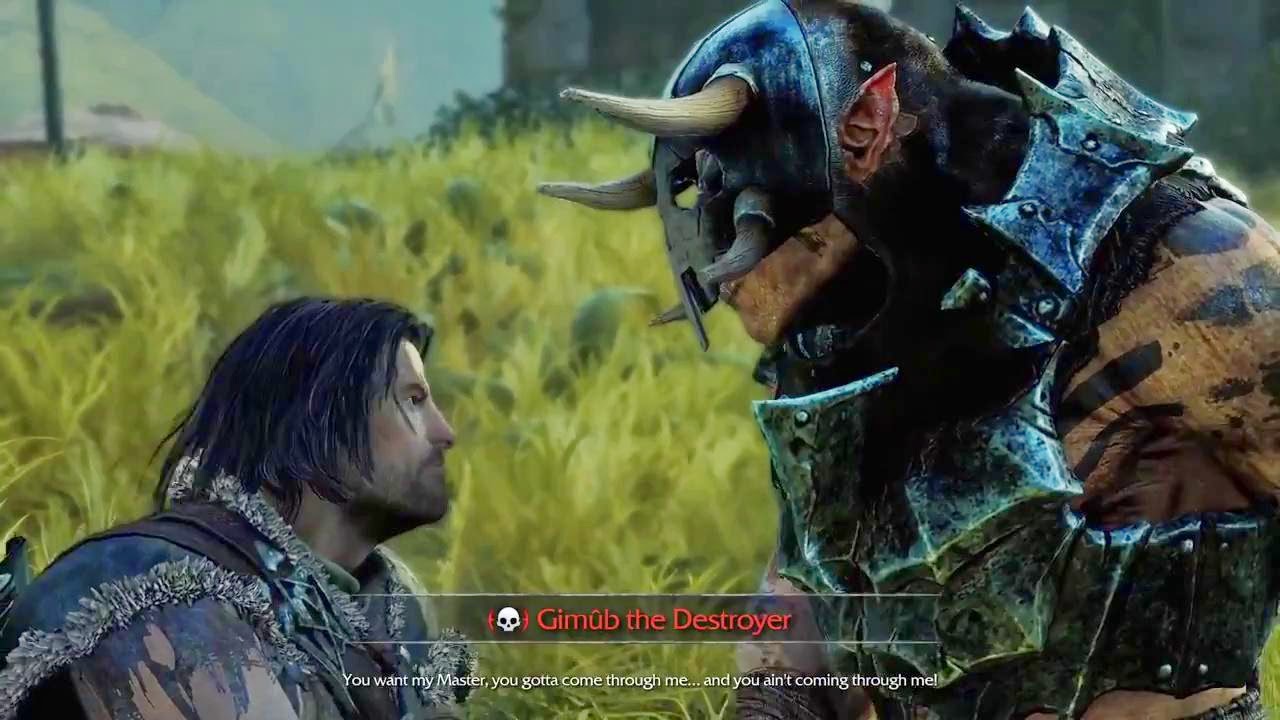 The gameplay feels like a mash-up of Batman: Arkham Origins and Assassin’s Creed which is in no way a bad thing. It gives you the freedom to utilise the environment to your advantage, strike from afar, go in guns (figuratively) blazing or lurk in the shadows all the while flowing between attacks and being prompted to conduct counter-attacks or fantastically brutal executions. The counter-attack function is very fluid, even when breaking mid-attack, but not so much as to make battles simple. You’ll easily find yourself overwhelmed by swarming Uruk.

This is the Lord of the Rings/Tolkien game that we’ve been waiting for. Sure, it takes a few liberties here and there but for the most part it feels as though this is a tale that may very well have been left out of the history books following the desertion of Gondor and the rise of Sauron. Encounters with known characters, albeit lesser known characters, is always a thrill as are mentions of previous events and hints of what’s to come. It may not be Tolkien canon, but Middle-Earth: Shadow of Mordor is a very well executed game with more than enough lore to keep Rings fans very happy. Now if you'll excuse me, I have Uruk to cleave.

gaming Lord of the Rings PS4 Reviews Shadow of Mordor