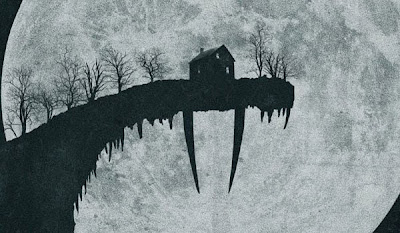 You’ve got to admire the way Kevin Smith does business. Last year, Smith and his partner-in-crime Scott Mosier cooked up the idea for Tusk during a particularly hilarious episode of their weekly podcast, the Smodcast, during which Smith read out an advertisement from Gumtree purporting to be from a person seeking a flatmate who would be willing to dress as a walrus in order to live rent-free. This led to Smith penning a script for the film and turning to his loyal army of twitter followers to decide whether or not it should be made. With overwhelming support, Smith’s fans got behind the project and now, just over a year later, Tusk has arrived. If this is where Smith’s career is headed, it’ll never be super-profitable but I’m on board for whatever comes next. Tusk is a challenging mixed bag of a film which is lodged squarely in the ‘seen to be believed’ category.

Wallace Bryton (Justin Long) and Teddy Craft (Haley Joel Osment) host a podcast titled The Not-See Party (say it with a German accent to reveal the joke) which involves them interviewing internet ‘celebrities’ and searching for wacky online stories. Wallace travels to Canada to interview one such guest, however fate intervenes when he reads a letter attached to the wall of a public toilet which piques his interest, given his thirst for the obscure. In response to the letter, the intrepid Wallace heads into the wilds of Canada where he meets wheelchair-bound, kindly old Howard Howe (Michael Parks) who regales him with stories of oceanic adventures, Russian treasure hunters, Hemingway and, of course, walruses. All sense of decency is thrown out the window as Tusk explores where one man’s love of a walrus can take him. Safe to say, it’s somewhere near the depths of depravity.

The action is weaved around scenes where characters are locked in prolonged conversations, which of course plays perfectly to Smith’s strengths as a writer. These conversations do come within a hair’s breadth of being self-indulgent as they tend to drag slightly, and it was quite clear that Smith was pouring much of himself into the script, but then that’s always been present in his work (along with his propensity for dick and fart jokes). It can all be forgiven because there are so few filmmakers of late who seem to relish scenes consisting only of conversation, like he does. It’s partially the reason why I’m enamoured by the works of not only Smith but the Coen Brothers, David Mamet and Quentin Tarantino, because they produce such deceptively simple yet enthralling scenes primarily focused upon dialogue. The writing is the key to the success of the film, since it sets a tone of relative seriousness over what is otherwise a ludicrous concept. I don’t mind dumb when done smartly.

Michael Parks is fantastic as Howard Howe, inducing a real sense of unease whenever he’s on screen. His chemistry with Justin Long anchors the entire film in a realm of believability, despite the craziness in which they are eventually embroiled. Just as the leads in Woody Allen films tend to take on his mannerisms, Justin Long feels like he’s channelling Kevin Smith as Wallace. He’s quick-witted and juvenile, yet wants to be taken seriously when it suits him. Haley Joel Osment and Wallace’s long suffering girlfriend Ally (Genesis Rodriguez) have very little to do on screen and only really feature in the final act of the film. The film’s only other major contributor is Johnny Depp as Guy Lapointe, an eccentric Canadian investigator who’s hot on the heels of Mr Howe. Depp’s performance is part Colombo, part Inspector Clouseau, part whatever-you-call-that-particular-Johnny-Depp swagger nowadays. It’s not a bad performance as such, but not as effective as you might want from a Depp appearance.

Tusk is a weird little film with some pretty nasty imagery which should appeal to you body-horror fans. I’d suggest getting a few mates, downing some beers and experiencing the wackiness together. Tusk is out now in select cinemas. If you see the film and agree or disagree with my thoughts, feel free to call me out over on our Facebook page or drop a line below.