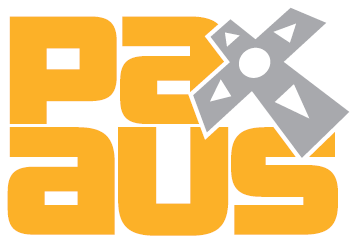 Are you ready for a MASSIVE weekend of wall to wall gaming awesomeness? How could you say no?!?

Thanks to our pals at PAX Australia, we've got a double 3 Day Pass (valued at $300) to PAX which is being held in Melbourne from October 31 - November 2. Considering that weekend passes have been sold out since November 2013, I guess you could say that this is a money-can't-buy kind of scenario!

In 2004, the folks at Penny Arcade decided they wanted a show exclusively for gaming. Sure, comics, anime, and other nerd hobbies were cool, and those activities all had their own shows... so what about games? From that idea spawned a small 4,500 person event in Bellevue, Washington, focused on the culture and community that is gaming. Since then, the show hasn't looked back. Doubling in size each year until venue capacities were reached, in 2010 the show expanded into Boston for PAX East, drawing tens of thousands of attendees in the inaugural year. The shows in Seattle and Boston represent the two largest gaming events in North America, and in 2013 for the first time PAX expanded internationally to Australia where it is now a yearly event!

All you have to do is fill out the form below and you're in the running to win yourself a double 3-day pass. Don't forget, you can get yourself a bonus entry just by following us on Twitter or liking us on Facebook!

Entries close 11:59pm on Sunday 26th October 2014. This prize includes 1x double 3-day pass to PAXAUS 2014, flights, accommodation and other costs are not included. Your details will not be used in any way other than for the delivery of your prize. Geek of Oz and PAX AUS do not take any responsibility for the loss, damage or delay of/to prizes sent to winners (blame Australia Post for that one). The judges decision is final and no correspondence will be entered upon. One entry per person, subsequent entries will be void. Incorrect answers will be void. Prizes are not redeemable for cash or any other kind of trading currency such as creds, latinum, sen, kan, zeni, double dollars or Ankh Morpork dollars. Geek Of Oz take no responsibility for head explosions caused by utter awesomeness. This competition is only open to Australian residents. Any questions or queries can be submitted through the comment section at the bottom of screen. Good luck!
Competitions gaming PAX