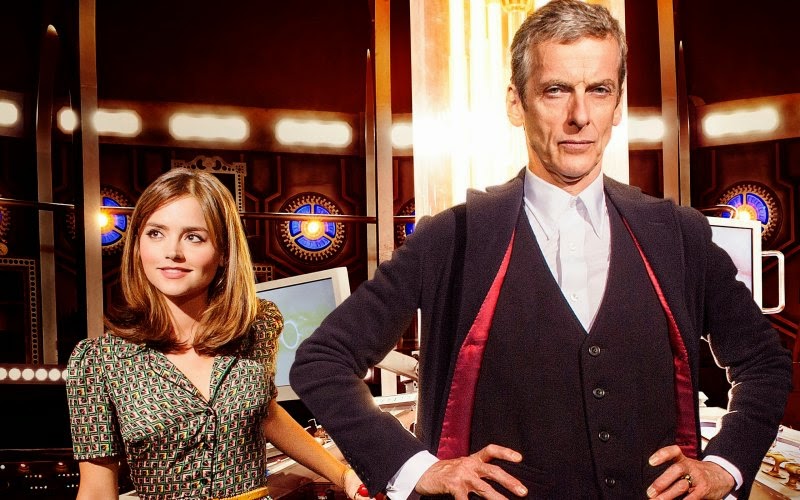 I'll be the first to admit I'm a lapsed Doctor Who fan. Although I've watched on and off since Christopher Eccleston stepped into the TARDIS back in 2005, I've never really stuck with the show for more than a season at a time. And at the risk of being torn apart by a pack of rabid Whovians, Steven Moffat's promotion to head writer didn't really help me stick with the show. But before the Who fans lynch me, I can promise you I went into 'Deep Breath', the first episode starring Peter Capaldi in the iconic role, with an open mind, and I quite like what I saw.

'Deep Breath' is an episode that doesn't save its silver bullets. In the opening sequence alone we are treated to a T-rex pacing up and down the River Thames only to spit out the TARDIS a couple of seconds later. What follows is a delightfully bizarre narrative framed as a sort of murder mystery concerning the murder of the aforementioned time-displaced T-rex. In true Doctor Who fashion, the story appears straightforward enough only to throw a curve ball in the form of a creepy half mechanical/half human creature aptly named the half faced man. 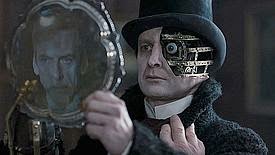 What progresses as a promising and off-beat sci-fi narrative soon succumbs to the usual Moffat story problems, namely a plot that doesn't quite add up. Sure all the pieces are 'there' so to speak but between the references to past episodes (namely 'The Girl in the Fireplace') and the Doctor's erratic dialogue, I never really felt like I had the 'Eureka' moment the episode was building to. Call me old fashioned but I don't think you should have to read several pages of wikipedia to understand the plot of what is meant to be a soft reboot.

Intertwined with this sci-fi romp is the better executed, much more interesting character driven story about the changing relationship dynamic between Clara and the Doctor, how both characters cope with his regeneration. This is where Moffat's writing truly shines, and more than makes up for my gripes with the plot. Throughout the episode, pivotal character moments help to establish who (pun intended) this new incarnation of the Doctor is, what his moral limits are, and most importantly what the Doctor was trying to tell himself by picking a more senior visage. It's all wonderfully executed and was more than enough to make me want to continue on with the season. 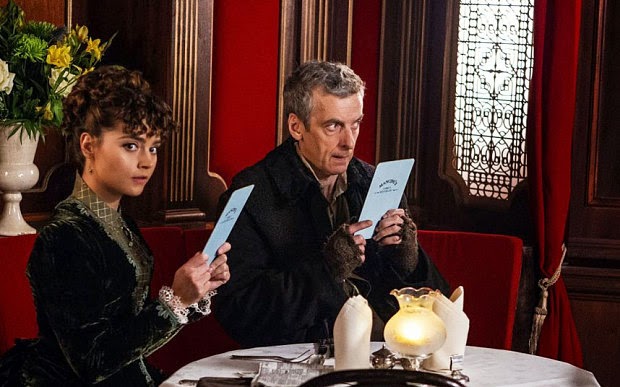 As for Capaldi's performance you ask? Well although I'm still convinced he was a safe choice for the role, I really can't fault his performance. It channelled the fun and playfulness that was so iconic of Smith and Tennant's runs whilst evoking a sense of the past and something a bit more serious. In short he nails it. 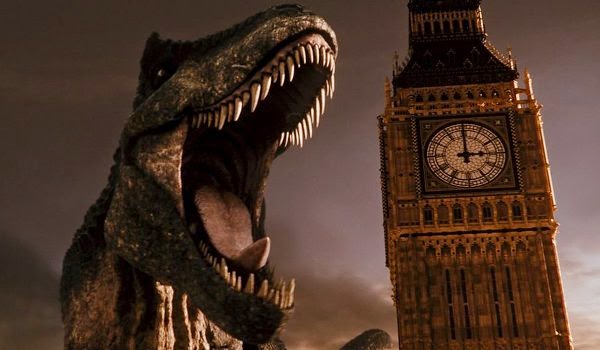 And now to the business end of the review. As I reviewed the episode on DVD it would be careless of me not address the elephant (or should I say T-rex) in the room; and that is the fact that the DVD contains just a single episode, 'Deep Breath'. Although the episode has a longer running time (clocking in at just over an hour) than your average Doctor Who adventure and the DVD does have a couple of extras (namely 'the making of' and the live announcement show that revealed Peter Capaldi as the next Doctor), I just can't in good conscience recommend a DVD featuring only one episode. Sure, if you are a hardcore Who fan then maybe you can justify shelling out the cash. Otherwise my recommendation would be to wait until they release the entire eighth season on DVD.

With that in mind please see the below score as a judgement of the DVD not the episode 'Deep Breath', which for the record gets a strong 8 out of 10 from me.