Podcasts you should be listening to

- January 08, 2015
My personal stash for podcasts I highly recommend checking out. 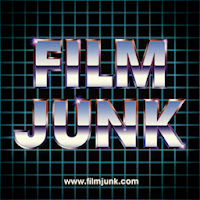 Film Junk is my gateway drug into the podcasting arena. And I’m forever grateful. I first stumbled across it about seven years ago and have never looked back. The show is an hilarious blend of film reviews and, at times, slightly-too-revealing but very amusing anecdotes of its hosts Sean, Jay and Frank. This is the perfect show to keep you up-to-date with movie news and possibly broaden your film-watching horizons.

MAMO is a podcast about movies and popular culture hosted by Matt Brown and Matt Price. These two fine gentlemen sit atop the wall of pop culture nonsense like sentries in the night, and are a subtle blend of Statler and Waldorf, Rosencrantz and Guildenstern and Colonel Jessup. Trust me folks, we want them on that wall, nay, we need them on that wall! For the princely sum of nothing, these two scalliwags will let you eavesdrop on their coffee shop chit chat about current cinema events. Guaranteed to bring a smile to your dial.

3. See You Next Wednesday

If you like your bitties itty and in a committee then, my friend, this is the podcast for you. Easily the funniest on this list and, to continue the narcotic metaphor, as addictive as crack. Join Dan, Casey and Greg as they digest the week that was in film news and music goings-on. This is the show where a single die roll decides the fate of the lads (well, at least the topic for discussion). The show consists of  several film reviews, an album review and plenty of other goodies for your listening pleasure.

In this crowd, Filmspotting enters as the crusty Dean of the film school, but this is THE essential podcast for any cinephile that wants to listen to educated and insightful debates about recent releases. Hosts Adam Kempenaar and Josh Larson have an excellent chemistry and their arguments are sometimes more interesting than the very films which they are reviewing. I highly recommend Filmspotting to anyone who is looking to fill that void left by Margaret and David’s At the Movies television program. 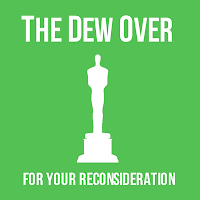 A newcomer in the podcasting world, but its making a hell of a splash. The show’s host Jamie Dew has assembled a ragtag bunch of bloggers and podcasting aficionados to go year by year, looking at the Academy Award winners for best film, to determine if the Academy was awarded justly or not. Perfect for the budding film historian who loves trawling through the archives to see if justice was served. 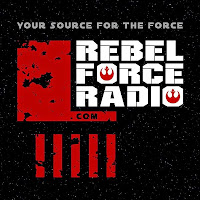 Simply put, Rebel Force Radio is your source for everything Star Wars. Hosts Jason Swank and Jimmy Mac are well entrenched on the Star Wars frontline, bringing you up-to-the-minute news. Their weekly show is chock full of interviews, insights and of course the weekly wisdom of Billy Dee Williams. This is the one-stop-shop for you Star Wars fans and what better time to jump on as we all begin the countdown to Episode 7? They also have a whole raft of spin off shows covering collectables, the music of John Williams (the oxygen of Star Wars), Star Wars: Rebels related shows and much, much more.

If you feel like chiming in with your favourite podcast, feel free to drop a line below or come over to play on our Facebook page.