Arrow is a fan favourite of the Geek of Oz crew for being a hard hitting action series which grabs years of the source material from decades of comics and creating an amazing new TV comic universe. Now thanks to Roadshow Home Entertainment you can be in the running to win a copy of Season 3 on DVD or Blu-Ray!

If you haven't seen the series at all or are only familiar with the DC Comics here is a quick recap:

Season 3 opens with Arrow now a hero to the citizens of Starling City.  Crime is down, people feel safer, and Captain Lance even calls off the Anti-Vigilante Task Force.

Basking in his success, Oliver believes he can finally have a private life and asks Felicity out on a date.  But the second Oliver takes his eye off the ball, a deadly villain reappears in Starling, forcing Oliver to realize that he can never solely be Oliver Queen – not as long as the city needs The Arrow. 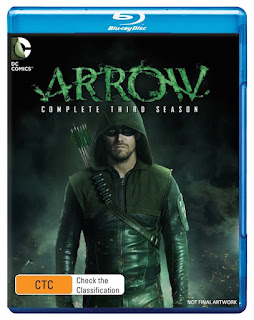 It's that easy! The competition will close this Wednesday 23rd so get Cracking! Winners will be announced on our Facebook page (you must live in Australia to be eligible)


Also we have an added bonus for Arrow fans!

You can launch a bonus Arrow deleted scene from Season 3 using the Augmented Reality app LAYAR!

How So?
(1) Download the LAYAR app from the App Store or Google Play (it’s a small download and FREE) (2) Scan the below Arrow trigger image on your screen using a mobile device or tablet.
(3) Watch the Arrow bonus content launch! This is a deleted scene from season 3
(4) By moving your mobile device towards and away from the image you will be able to zoom in and out of the content 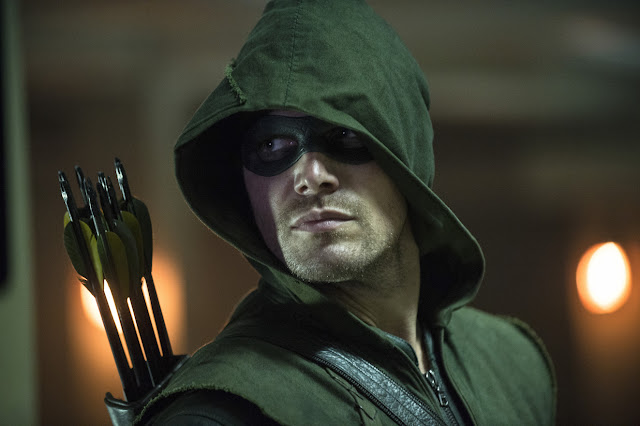