- September 25, 2015
Before there was Batman… there was Gotham, and now thanks to Roadshow Home Entertainment you can be in the running to win a copy of season 1 on DVD or Blu-Ray!

GOTHAM is the origin story of the great DC Comics Super-Villains and vigilantes, revealing an entirely new chapter that has never been told. From executive producer/writer Bruno Heller (The Mentalist, Rome), GOTHAM follows one cop’s rise through a dangerously corrupt city teetering between good and evil, and chronicles the birth of one of the most popular super heroes of our time. 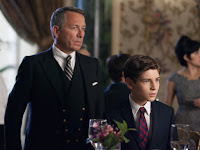 
GOTHAM was released September 23rd on DVD & Blu-ray. To be in the running to win a copy answer the following question: "What Batman Character do you want to appear on the show and why?" 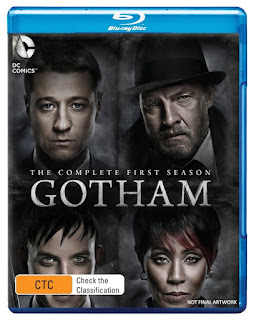 It's that easy! The competition will close this Sunday 27th so get Cracking! Winners will be announced on our Facebook page (you must live in Australia to be eligible)
#BringYourDCHeroesHome Batman Bruce Wayne Catwoman DC Comics Gotham Jim Gordon Roadshow Home Entertainment