Some of our Favourite Christmas Movies

- December 24, 2015
Christmas. You know, that time of year when they blast the same three carols at every shopping center you step into, and you find yourself trapped in the homewares section of Myer for three hours trying to find the perfect floral teacup for an auntie you have never met? To me that's Christmas.

It's a stressful, expensive and frustrating time of year. However, much to my Scrooge-like dismay, the other folks here at Geek of Oz don't feel the same way, instead associating the occasion with such things as great food, presents and *shudder* happiness.

If, like me, you need a little extra help getting into the holiday spirit there's no better way than watching a few festive flicks. So for your reading pleasure (or in my case displeasure) we thought we would put together a list of some of our favorite Chritsmas movies.

Plus as a little Christmas treat we have a couple of suggestions by Geek of Oz creator Ryan Huff (It's a Christmas miracle!). Enjoy!

-Christof a.k.a The Grinch of Oz 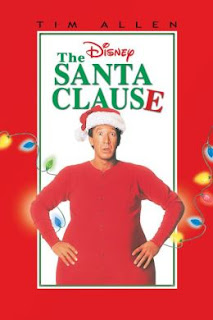 A seminal 90s Christmas classic, Tim Allen inherits Santa's job after the North Pole's favoured son falls off his roof. As hilarious as it is heartfelt, the film may have aged in some places but remains genuinely charming. Also, the first sequel wasn't bad (the second sequel, not so much). 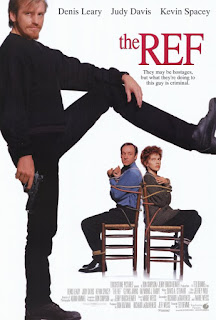 Everyone's favourite Arsehole, Dennis Leary, plays a thief who botches a job at Christmas, and then tries to avoid the cops by taking hostage a couple on Christmas Eve. The couple (played by Kevin Spacey and Judy Davis) are in the middle of marriage breakdown and we're just their way back from a counselling session. It's the dark comedic opposite to those family gathering Christmas type films and really lets Spacey and Davis go all out with off the chain dark humour and Leary stuck in the middle. - Billy 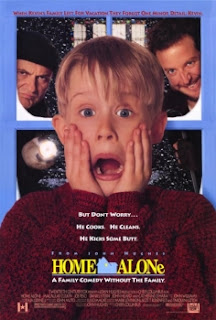 
Oh boy where to start? The fact this film always makes me want a cheese pizza and a coke or maybe that i never looked at paint cans the same after watching poor Joe Pesci cop a gallon of off white to the face, but no, the reason I love this film is simply Macaulay Culkin. I was 9 when I first saw it and immediately thought Culkin was the coolest kid ever.


Watching him stick it to the completely inept Wet Bandits made me happier than hiding a blow torch behind a door or tar and feathering a baddie. It’s no surprise Home Alone was a box-office juggernaut, it oozes christmas at every turn and is laced with that particular John Hughes magic. Macaulay Culkin may not have had the longest acting career, but at least he gave us a few precious gems. - Stu 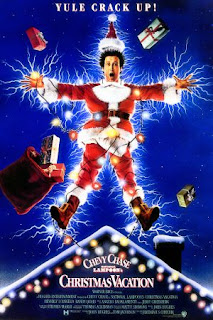 National Lampoon's Christmas Vacation has been a must watch Christmas film in my household since I can remember. It was played every Christmas Eve, my father and I sitting on the couch cackling to the Griswolds while eating a festive doner kebab (with homous, taboulie, garlic sauce). Little did I realise that this film shows a very real aspect of the Laymans Christmas. There're money troubles, awkward family confrontations, but most importantly the realisation that your family, while you may not be able to choose them, will always be there and will always love you unconditionally. Although the same may not be said after they effectively poo in your front yard. Now as a father myself I realise that I have become Clark Griswold. All I want is for my family to enjoy this period of the year more than any other, whether that be through the overuse of Christmas lights or surprises under the perfect Christmas tree.  - Ryan 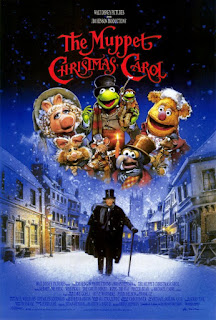 Oh, come on. There is no way you *haven't* seen this. Of course you've seen Kermit, Gonzo, Miss Piggy and all the rest act out Charles Dickens' classic tale, alongside Michael Caine as Ebeneezer Scrooge. If you honestly haven't, you should reassess what you're doing with your day (or just, y'know, watch it). - Chris 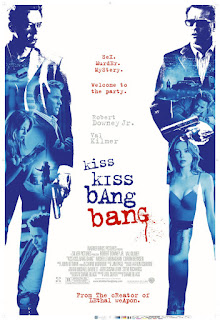 Kiss Kiss Bang Bang is set around the Christmas period, as is the case with most Shane Black films. It sees Robert Downey Jr playing the role of a bumbling thief who after trying to steal toys as a Christmas gift for relatives, manages to involve himself in solving the mystery of the twin suicide of his childhood sweetheart, played by Michelle Monaghan. Throw in Val Kilmer as gay P.I. Perry van Shrike and this twisted-noir-action-comedy is an amazing piece of cinema. This is also the role that reinvented Robert Downey Jr's career. - Billy 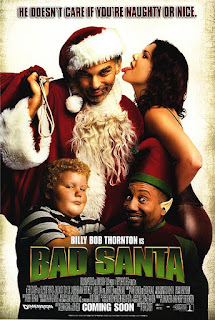 Nothing screams the holidays like a washed-up drunken-fraudster violating just about every aspect of decent society. Billy Bob Thornton is awfully comfortable as the loveable scoundrel with a heart of gold; but there’s zero complaints from me since he’s so damn good at it.  The only real downside to the film is being reminded just how funny Bernie Mac and John Ritter were, two comedic geniuses the likes of whom we don’t seem to see of late. Sure this film is highly offensive and not suitable for just about anyone, but it’s tonnes of fun as it grabs Christmas by its jingle bells and has a jolly old time.  - Stu 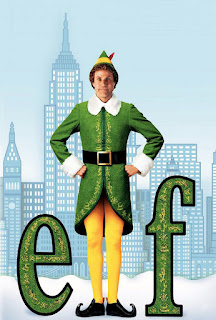 Another more recent Christmas tradition of mine is to watch Elf, by the director of Iron Man, Jon Favreau. Like many other Wil Ferrell movies, Elf is incredibly quotable and while it highlights the ridiculousness of the silly season, it also encapsulates the feeling that I get during Christmas time wherein I basically turn into a child again. I am very much like Buddy the Elf at this time of year, bursting with Christmas spirit I can't stop smiling. Smiling is my favourite.  - Ryan 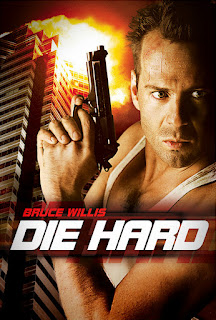 Die Hard is one of the best Action films ever made, but to me it's also a great Christmas flick! Bruce Willis plays NYPD Detective John McClane who heads to L.A, where his estranged wife works, in an attempt to win her back. Things turn for the worse when terrorists led by Hans Gruber (Alan Rickman) take over the building where she works. I know a lot of people are 50/50 about if it is a Christmas flick or not, but this Christmas-set action thriller is essentially about reuniting an estranged family against all odds, and what is more Christmas than that? - Billy