- January 16, 2017
With 2016 behind us I thought I would take a few minutes to count down some of my personal highlights from everyone's favourite procrastination.
-Christof 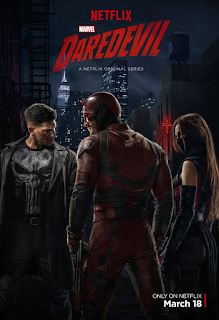 Before it descended into a convoluted mess of supernatural ninja shenanigans, Daredevil’s second season achieved what few other superhero shows or films have; it was objectively good. I can proudly say that season two’s Punisher arc is compelling television without having to follow it up with a ‘...if you like that sort of thing’ or ‘you know...for a superhero show’. As someone constantly making concessions to defend the often lacklustre big and small screen adaptations of my favorite costume clad heroes, it was a relief to not have to.

It was clear from the moment Jon Bernthal appeared in the fleeting minutes of episode one that season two would belong to The Punisher. His fury, pragmatism and instability made for a refreshing counterpoint to the bloodless optimism of other cape media. There was genuine danger and whenever he clashed with ol’ hornhead the stakes seemed dizzyingly high. It all felt very intense, very real and dare I say it… very relevant. Plus for a second there we almost had a meaningful discussion about gun violence in a Marvel show. Almost. 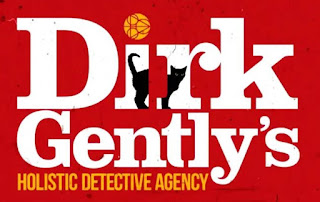 Apart from the Douglas Adams connection, I didn’t really know much about Dirk Gently’s Holistic Detective Agency going in. Having just finished the final episode I’m still not convinced I know anything more about it; I mean this in the best possible way.

Dirk presents like Dr who, only if he was an idiot-savant. He’s energetic, enthusiastic and most of the time he has absolutely no idea what’s going on. Grounding Dirk is his reluctant assistant Todd, Todd’s sister Amanda and the kick-ass Farah. This supporting cast of characters manages not only to make up for Dirk’s incompetence, but also keeps the show emotionally complex.

Dirk Gently is a series that delights in disorienting the audience. Dozens of cogs move independently of each other as the series progresses only to converge and interact in bizarre ways that seem to somehow make sense. It’s an exercise in confusion, not at all aided by the show’s titular lead, who manages to navigate the whole season without knowing much more than the audience.

It may not be perfect but Dirk Gently’s Holistic Detective Agency does manage to be genuinely interesting and disarmingly weird, and for that it’s well worth a watch in my books. 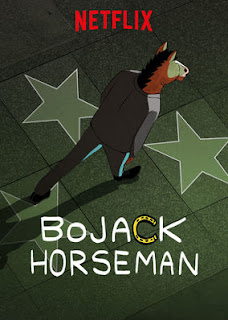 For those not yet acquainted, Bojack Horseman is a melancholic take down of celebrity culture masquerading as a throwaway cartoon comedy. It’s like that Jim Carrey quote “I think everybody should get rich and famous and do everything they ever dreamed of so they can see that it's not the answer.”, only with anthropomorphic animals. Sure there’s plenty of fun animal gags as well as some hilarious slow-burn humour, but at it’s core Bojack Horseman is a brutal exploration of fame and fortune.

Season three sees Bojack’s adventures in self loathing continue as he finally breaks free from his identity as a sit-com actor to become a legitimate movie star. What unfolds is a self-inflicted fall from grace as the titular horse slowly, and continually, realises fame and success can’t fix him.

Three seasons in and Bojack Horseman still has a way of shattering expectations, leading you to believe Bojack is finally clambering his way toward redemption only to reveal he has actually been sinking down to rock bottom the entire time. It’s neurotic. Frustrating. Heartbreaking. And I can’t stop watching. 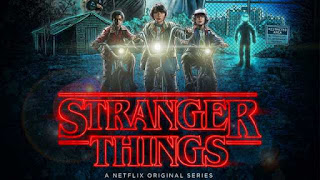 Who would have thought a show that starred four child actors and opened with a Dungeons and Dragons game would become one of the biggest hits of 2016?

Although it’s popularity shocked me at first, it really isn’t surprising that Stranger Things is as huge, or as good, as it is.  It’s weaponized nostalgia. Your childhood fantasies brought to life and repackaged for adult consumption. Yep, Netflix finally decided to tap into that whole ‘child inside every grown-up’ thing that Disney has been exploiting for decades. Well played.

Stranger Things really is everything good about 80’s movies coupled with what we expect from modern storytelling. Arc storytelling, character development and high stakes are doused with all the charm of an Amblin film to create this irresistible kids-own adventure. 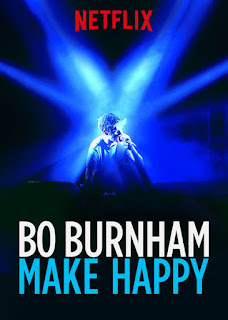 Make Happy was the best thing on Netflix nobody was talking about. In the onslaught of comedy specials released by the streaming service it was easy to overlook, especially if you haven’t been a fan of Burnham’s past work. Burnham’s comedy has a  fairly well-earned reputation for being smug, arrogant, a little bit mean, and at times descending into crass shock comedy. He also happens to be one of the sharpest comedians out there with an incredible skill for satire and deconstruction.

Make Happy manages to masterfully balance all these elements, bringing Burnham's finely honed comedic skills to bear on the entertainment industry and our unhealthy relationship with it. Through his repeated attempts at ‘observational’ comedy, his clearly manufactured audience participation segment, his country music parody, or endless fake anecdotes about his life, Burnham begins to shine a light on the insincerity of performance and celebrity.

Of course it wouldn’t be a Bo Burhnam comedy special without his brand of musical comedy. Highlights include ‘Kill yourself’, a song that uses shock comedy to warn of the dangers of looking for answers to life’s complex problems in pop music; ‘Straight white man’ in which Burnham succinctly deconstructs white privilege with the line “We used to own all the money and land; we still do but it’s not as fun now”; and ‘Eat a dick’, a seemingly heartfelt break-up song which degenerates into Burnham angrily singing ‘Eat a mother-f***ing dick’.