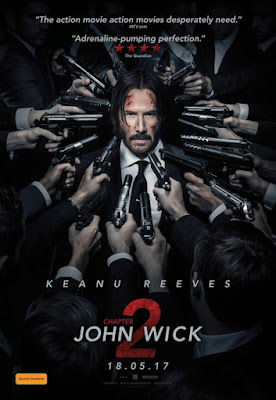 To celebrate the fact John Wick: Chapter 2 is hitting cinemas on May 18, we're giving you the chance to win 1 of 5 double passes. How do you win one? Good question and thank you for asking, simply head over to our Facebook Page RIGHT HERE and find the John Wick: Chapter 2 giveaway post. So simple!

In this high-octane sequel to the 2014 hit, legendary super-assassin John Wick (Keanu Reeves) is forced back out of retirement by a former associate plotting to seize control of a shadowy Italian assassins’ guild. Bound by a blood oath to help him, John travels to Rome where he squares off against some of the world’s deadliest killers in an adrenaline-fueled thrill ride that takes the non-stop action of the original to a whole new level.