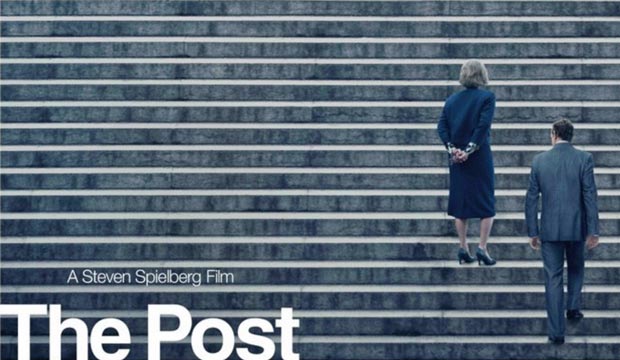 A cover-up that spanned four U.S. Presidents pushed the country's first female newspaper publisher and a hard-driving editor to join an unprecedented battle between journalist and government - IMDB 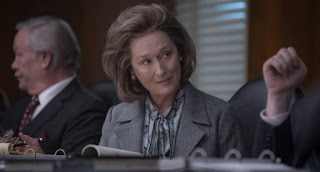 Even though Steven Spielberg’s latest film The Post is set in the 1970s, it carries two important lessons still highly relevant today: protecting the rights of the press, and the importance of gender equality. Despite not being an overly subtle affair, I couldn’t resist the inherent charm of this film.

From a certain corrupt Mayor of Amity Island to the meddling shadowy government figures in Bridge of Spies,; Spielberg has often taken aim at those in power. Yes, they make for easy-cookie-cutter villains. But maybe that’s because many in power have been just that: villains.

The Post chronicles the efforts of both The New York Times and The Washington Post attempting to publish details from an explosive government report compiled at the behest of Robert McNamara. The report reads as a confession of sorts by the government that they knew the Vietnam war was a relatively futile expenditure of military lives, all in a vain attempt for the U.S to save face. 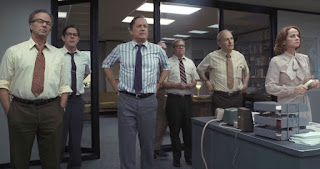 Meryl Streep and Tom Hanks lead a formidable line-up of veteran characters actors. For the most part, the supporting actors easily portray the battle-hardened newsroom warriors, the kind of people you’d expect to see sniffing around for leads.

Meryl Streep delivers a quieter, almost reserved performance than what we’ve grown accustomed to in playing Katherine Graham, publisher of The Washington Post. It’s through Streep's performance that Spielberg delivers his criticism of the blatant sexism of the day. In several scenes he cleverly shoots Streep in a seated position with her male counterparts standing around and over her. There’s a constant air of male dominance over Ms Graham’s thoughts and perceived purpose. This is evident in the way the males loom over her as they speak whenever she’s on screen, until Ms Graham finally asserts herself in a rousing moment. Tom Hanks is doing what he does best; playing the nice guy who doesn’t mind sticking it to the baddies no matter the cost. It’s his lovable nice guy routine we’ve seen many times before, but it works for the material. 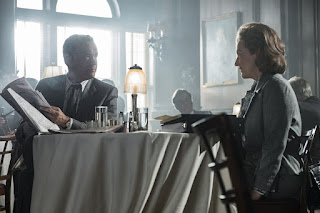 Spielberg once again teams up with long-time cinematographer partner Janusz Kaminski, which means we’re treated to oodles of the brightest of bright white light streaming in from every window. The films captures the look and feel of the 70s, without ever feeling too indulgent. I never enjoy it when films go to extravagant lengths to recreate the period.

Thankfully the action is restricted to only a few key locations. The newsroom of The Washington Post was awfully reminiscent of All The President’s Men, which surely influenced the design work on display here. Oh and the score is delivered by some unknown composer by the name of John Williams… need I say more?

Although we’re barely into 2018, The Post is your first must-see-film of the year. It’s a little manipulative and at times schmaltzy, but that’s Spielberg, baby! The guy wears his heart on his sleeves and delivers a film that we need right now. It’s the ultimate antidote to #FakeNews.

If you see The Post and agree or disagree with my take on the film, feel free to sound off in the comments below. Alternatively come over to the Geek of Oz Facebook page for more film content.