WIN AN IN-SEASON DOUBLE PASS TO DANGER CLOSE: The Battle of Long Tan (In cinemas August 8) 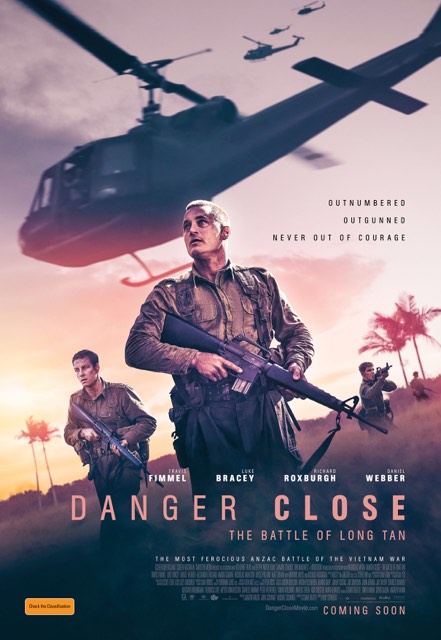 Late afternoon August 18, 1966 South Vietnam – amid a rubber plantation called Long Tan, Major Harry Smith (Travis Fimmel) and his dispersed company of 108 young Australian and New Zealand soldiers are fighting for their lives, holding off an overwhelming force of 2,000 soldiers. With their ammunition running out, their casualties mounting and the enemy massing for a final assault each man begins to search for his own answer, and the strength to triumph over an uncertain future with honour, decency and courage.

Thanks to the generous folk at Transmission Films, we’ve got 10 in-season double passes for Danger Close: The Battle of Long Tan to give away.

For your chance to win simply head over to our Facebook page (click here) and on the Danger Close: The Battle for Long Tan post, in the comments (Facebook), tell us what your favourite war film is. It couldn't be easier to win. There’s no limit to how many times you can enter. Australian residents only.


Danger Close: The Battle of Long Tan in cinemas August 8