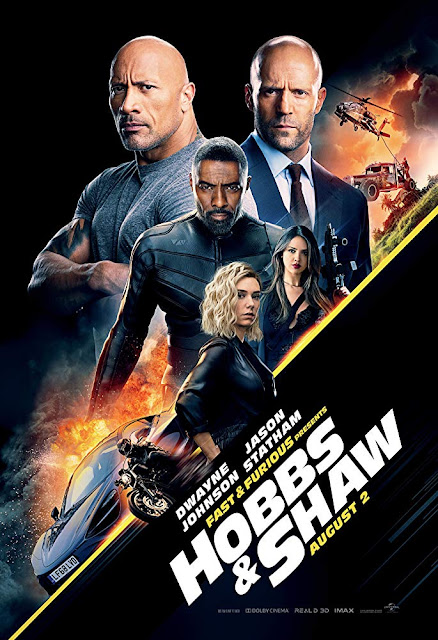 Hobbs and Shaw is dumb, bordering on ludicrous, but dripping with self awareness. Which ultimately makes it a big ol bag of fun. I personally hate when people suggest they just “switch their brain off” when they go into a film, because it implies a lack of connection with the screen. I understand what they’re saying though, they want a movie that does what it says on the box. Let me tell you my friends, Fast & Furious Presents: Hobbs and Shaw is just that kind of movie.

Is it any good? Well here’s the thing, the action is plentiful without ever being too original, the jokes flow thick and fast and the chemistry between the leads is palpable. So yeah, I’ll go so far as to say it’s good. It’s worth a watch on a Friday night with mates after a few post work beers. 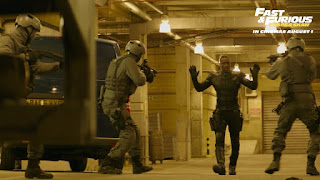 I predict Hobbs and Shaw will dominate at the global box office, not only cause of brand recognition but mostly due to Dwayne Johnson’s goliath presence and Jason Statham’s well established charm/athleticism. Idris Elba let’s us see a glimpse of what he could’ve been as James Bond and it’s frustratingly beautiful. Vanessa Kirby however matches the boys blow for blow, almost out shining the lot of them . Kirby is quickly becoming the secret sauce that blockbusters need. I first saw her in my beloved Mission Impossible: Fallout and immediately craved what she brought to the table. Sprinkled throughout are some superb cameos, which land to maximum comedic effect. Which I won't spoil here.

I won’t even attempt to break down the plot, because like most Fast & Furious entries, the plot is flimsy at best. Someone needs to do something and there’s the people who don’t want them to or something something or other. You know what I mean. You’re not lining up for lengthy exposition and deep dives into the human experience when you slap down your cash to watch the Rock v Transporter v Stringer Bell duke it out.

Fast & Furious fans will dig the ridiculousness of Hobbs and Shaw. It knows that it’s all a little silly, but IT’S A BIG POPCORN FILM, IT’S MEANT TO BE SILLY! Sorry but that was more for the people polluting the world with their takes that this film needs to judged like it's high art. It's not pretending to be anything more than that which it is. A refreshing change from recent Fast & Furious films.

Watch the trailer, it’s that for a smidge of 2 hours. Doesn’t seem like your thing? Then don’t bother. But if you’re up for some easy laughs and things going bang, then this might just scratch that itch.

Fast & Furious Presents: Hobbs and Shaw is in cinemas everywhere. If you see the film and agree or disagree with my thoughts, please drop a line below or hit me on twitter @stu_watches