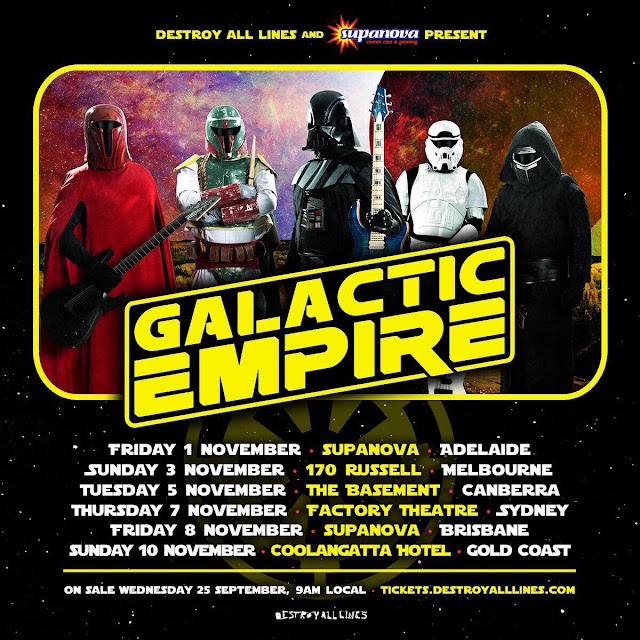 Forget Figrin D'an and the Modal Nodes, Forget The Max Rebo Band, the best band from a Galaxy Far, Far Away are making their way to Australian shores in November 2019 - GALACTIC EMPIRE!

Co-Presented by Destroy All Lines and premier pop culture convention Supanova, Galactic Empire are bringing their Star Wars Metal extravaganza to both Supanova events in Adelaide and Brisbane and to rock venues throughout Australia in Melbourne, Canberra, Sydney and Gold Coast. From a foreboding rendition of ‘The Imperial March’ to the sweeping guitars of ‘Duel of the Fates’ or soaring melody of ‘Rey’s Theme’, the band’s faithful translations of John Williams’ classic scores has created a new "force" where fandom and music overlap.

Tickets for these interstellar shows go on sale on Wednesday 25th September at 9am Local Time at http://tickets.destroyalllines.com. 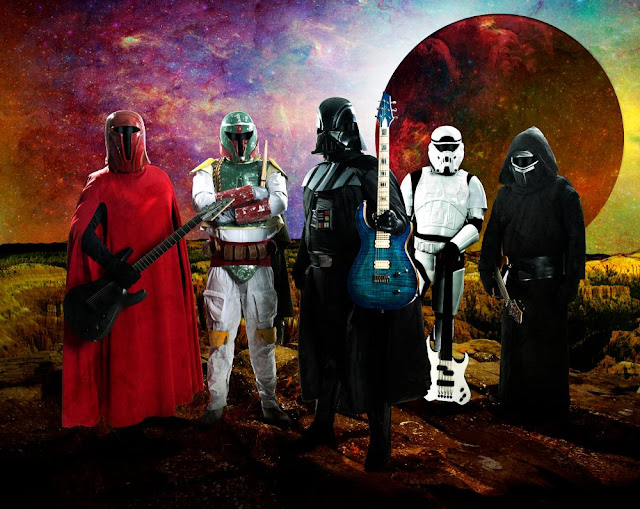