When I first moved to Australia, I was not – as Dave Chappelle would say – having a great go at it. An ethnically ambiguous kid with a weird accent, in a weird city, with just one friend who was also all of those things and from the same country I’d just left, I felt pretty alone. I didn’t have anyone to hang out with, so my granddad would pick me after school on his bike and dink me to the local library. For a suburban Gold Coast joint, it had an impressively dense comic book section with a row of multicoloured beanbags guarding it like a protective fence from the other texts. The first thing I saw on the shelf of that hallowed ground was two collected volumes positioned side-by-side. The first was Batgirl: A Knight Alone, which featured the defining image of Cassandra Cain’s Batgirl: arms flexed gripping a Batarang and poised on a Gotham rooftop as the Bat signal was illuminated in the night sky behind her. The cover by Damian Scott was mostly all black - with the exception of a few yellow and grey highlights - yet perhaps the most striking thing about it was the mouth of the Bat suit sewn shut. It looked terrifying and fucking bad-ass simultaneously, with this 16-year old Asian teen able to evoke as much fear into the heart of a wee kid as Dave McKean’s renderings of the Batman. She – and I cannot stress this enough – looked like an absolute sick cunt. 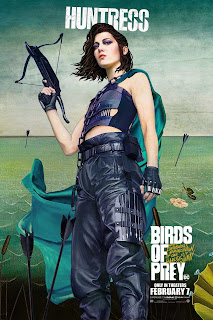 Next to Batgirl was Birds of Prey: Of Like Minds, which had not just one woman but THREE front and centre, including Barbara Gordon’s Oracle who was in a wheelchair. Cue the orchestral choir music, because it was a seminal moment for a burgeoning tween who had spent years looking for the kind of pop culture that contained the kind of women I was so desperate to see. That Birds Of Prey volume in particular was a gateway drug, with that first story arc showing very different types of female characters – prickly and complicated and nuanced and fierce women – all working together despite their differences. My favourite, Helena Bertinelli aka The Huntress, for instance, was big into vengeance and murder. Dinah Lance, Black Canary, was not. For the nerds of us out there, especially the lonely kids, the pop culture we consume helps shape us into the adults we end up becoming. The characters we gravitate towards – their traits, their flaws, their beliefs – help shape our own moral code. That was never more true for me than it was obsessing over the pages of Gail Simone and Nicola Scott’s run on Birds Of Prey over the coming years. 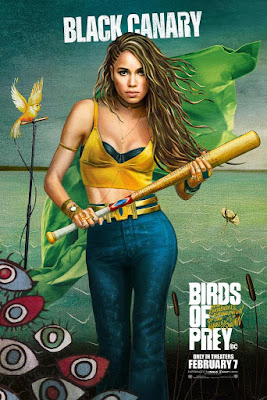 Fast forward a chunk of time and now I’m a best-selling author of several books about female monsters, I’m a film journalist who has been writing extensively about representation and pop culture for the past 15-years, and I’m a screenwriter, trying to keep my head above water in majority male writers rooms where you’ve been employed because you bring an additional ‘flavour’ (Crazy Rich Asians screenwriter Adele Lim said it best when she described her inclusion often as the “soy sauce”). Yet I’m also the same kid who found a sisterhood on the pages of a comic book, with those same characters I adored now inked permanently on my skin. There has never been a movie I’ve cared more about in my life than Birds of Prey: And the Fantabulous Emancipation of One Harley Quinn. That’s saying a lot, considering I couldn’t sleep for a week in the lead up to The Dark Knight’s release in 2008. When whispers first started circulating that the Harley Quin movie Margot Robbie and her production company Lucky Chap Entertainment had taken over was actually a sneaky backdoor Birds Of Prey flick, I didn’t want to believe it. I didn’t want to get my hopes up. It had already been attempted on the small screen in disastrous fashion in the early naughts, with the characters dressed liked extras in The Matrix while Michelle Branch’s All You Wanted played as a way to illustrate all their Complicated Female Feelings. The 85 different yet hugely successful DC Comics shows on The CW gave us a version that was a little bit closer but, Birds Of Prey: The Emancipation Of One Fantabulous Harley Quinn represented something different. It was cinematic. Most importantly, it had a diverse pool of female talent not just in front of the camera, but behind it as well. 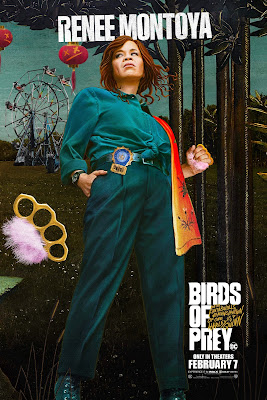 We’ve all read the interviews about how hard Patty Jenkins had to fight to keep the No Man’s Land sequence in Wonder Woman, a film that she was directing based off a script by six men. This was not that. Directed by an Asian American woman in Cathy Yan, written by a British-Taiwanese screenwriter in Christina Hodson (who was the one (!!!!) credited writer and serves as co-producer), and produced by a woman in Margot Robbie, who has repeatedly shown her work by leveraging her star power to make projects like this and I, Tonya and Promising Young Woman and Dollface from the moment she had enough capital to leverage it. It didn’t have to do the Captain Marvel thing, where the studio had to hedge their bets for their first solo female film by having a male co-director (yes, we’re all aware Ryan Fleck and Anna Boden are a directing duo but the point remains Marvel was more comfortable with hiring a team that was fifty per cent male than one hundred per cent female). Birds of Prey: And the Fantabulous Emancipation of One Harley Quinn was a film of firsts: it was the first big screen all-female superhero team movie, based on the first all-female superhero team from the comics, with those same characters not toned down or their edges sanded off to make them more palpable for a male audience. Mary Elizabeth Winstead’s Huntress is as authentic as the one on the page. You know, the same murderous broad who’ll kick in a guy’s teeth for calling a woman a slut. Rosie Perez’s Renee Montoya is just as likely to poke at the sensitive underbelly of a character to get them to do her bidding as she is in the comics, which is before we even get to the significance of a character being a) Latina b) gay c) over fifty and d) sexy as fuck all in a superhero blockbuster for! the! first! time! 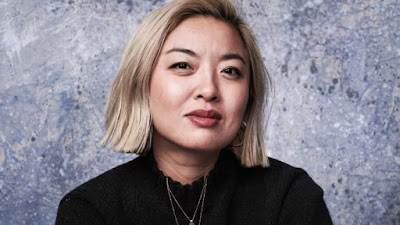 Cathy Yan (pictured) is Tarantino and Birds Of Prey is Pulp Fiction. Yan has style and clarity of vision and the all-encompassing coolness of any QT joint, without the racial or gender discomforts that make you enjoy his work ‘in spite of’. There’s no ‘in spite of’ here, with Yan’s bold direction matched only by Hodson’s bold screenplay that bounces forwards and back, sideways and downwards, upwards and diagonally in a deliriously joyful blur that plays with the conventions of the superhero movie in a way Deadpool can only aspire to. Even the performances are bold, with Robbie seemingly never having more fun with a role as she quips and dips and flips her way through three acts of kinetic mayhem. The visual are jaw-dropping, with every character shot lovingly and in a way that never feels exploitative.The broader cinematic inspirations swerve from Some Like It Hot and The Professional, to John Wick and Whip It all with a tire screech. This isn’t the ‘girl power’ comic book movie male studio heads think ‘the wimmen’ want: these ladies swear and they hit back and they draw blood and they make the wrong decision ten times before they make the right one. They cheer for a girlfriend triumphantly as she goes to take a shit, with the bonds of bowel movements finally taken from the group chat to cinematic representation. They get their hearts broken and they break things. They lash out. They’re hilarious. They’re dirty and they’re sexy and they’re funny in a way that doesn’t even consider the male gaze let alone cater for it.

Birds of Prey: And the Fantabulous Emancipation of One Harley Quinn is already a financial success, not because of Warner Brothers supporting it but in spite of it. The marketing was half-assed globally and especially locally in Australia, and blind items have been circulating for months about how the studio had no faith in this weird movie they didn’t quite understand. Which isn’t surprising, given this is the home of Zack Snyder’s emo Superman era, the completely boring fuckboi farce Joker, and executive reshuffling courtesy of leaked sexcapades with female extras. If it had flopped, it would have been difficult to come back from because this truly is a female vision top-to-bottom: there’s no one else to take the brunt of the blame. Yet its success right now, immediately, gives every women in Hollywood a breather to continue developing these kinds of stories. Its success in the long-term will be more significant. Birds of Prey: And the Fantabulous Emancipation of One Harley Quinn will endure as the Citizen Kane of peak comic book era for being a movie that did something different on screen, off screen, and in the hearts of messy bitches like me who have been waiting their whole lives for it.

Maria Lewis is an author, screenwriter, journalist and pop culture commentator. She's the author of Who's Afraid, Who's Afraid Too, It Came From the Deep, The Witch Who Courted Death and The Wailing Woman.

Birds of Prey: And the Fantabulous Emancipation of One Harley Quinn is in cinemas everywhere. If you see the film we'd love to hear your comments below or pop over to play on our Facebook page