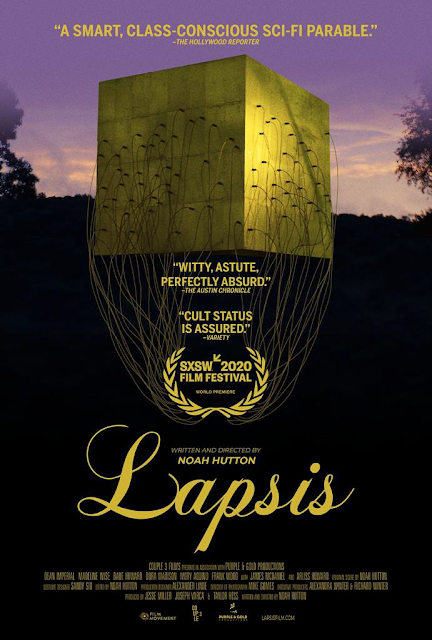 Set in an alternative New York, the quantum computing revolution has begun, and investors are lining their pockets. However, building the network requires miles of infrastructure to be laid between huge magnetic cubes by "cablers", a group of unprotected gig workers who have to compete against robots to pull wires over rough terrain.
Delivery man Ray Tincelli is both sceptical and suspicious of this new technology. However, to support himself and his ailing younger brother, he scores a shady permit and starts cabling, hoping to finally change his fortunes. What he doesn't expect is to be pulled into a conspiracy involving hostile fellow cablers, corporate greed and the mystery surrounding someone called Lapsis Beeftech, who may have previously owned his permit.
Hailed as ‘a smart, class-conscious sci-fi parable’ (The Hollywood Reporter) and ‘cult status is assured’ (Variety), LAPSIS provides a darkly comic, original and timely perspective of the gig economy and the failed utopian promises of big tech. In bringing it to life, Writer / Director Noah Hutton’s intricate world-building and storytelling are masterful and Dean Imperial’s performance as Ray is a revelation.
To celebrate the release of Lapsis, we’re giving away 10 double passes!! Count em’ 10! For your chance to win, simply head over to our Facebook Page by clicking here to get entry details.
Lapsis, will be releasing to Australian cinemas nationally on June 3rd 2021