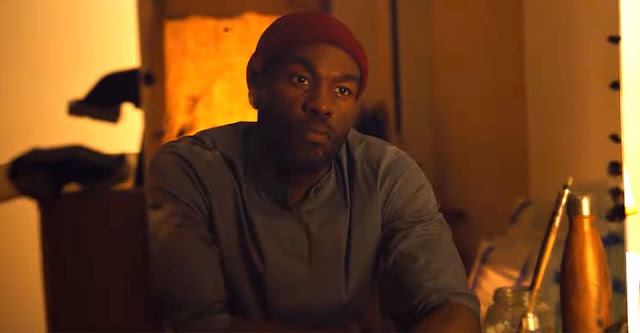 Nia DaCosta’s Candyman (2021) serves both as an examination of intergenerational trauma, and as a portrait of the scars left by gentrification. Just as Leigh Whannell’s The Invisible Man was a metaphor for domestic violence, DaCosta’s Candyman grafts issues of racial and social inequality onto the frame of a slasher film. Simply put, Candyman is hands down one of the best films of the year. Sadly I’m well aware of my limitations as a reviewer. In fact I’ve never even considered myself a reviewer as such, just a guy who loves films. By all this I mean, this is exactly the type of film which makes me wish I could expertly convey my appreciation for the craft on display. So keeping that in mind, I kindly request that you make time for this one.
IMDB describes the film as “A "spiritual sequel" to the horror film Candyman (1992) that returns to the now-gentrified Chicago neighborhood where the legend began.”
Given every film nowadays seems to be an audition for the next Marvel production, DaCosta proves that she can handle any scale of production. She employs a raft of techniques to shroud the film in an eerie dream-like atmosphere. The bag of tricks has everything from simple shifts of perspective to using shadowy puppet marionettes as a flashback storytelling device. They all work to convey a laser-focused tone. Nia DaCosta is an emerging force to be reckoned with. She’s yet to make a bad film and can’t see what she delivers next. 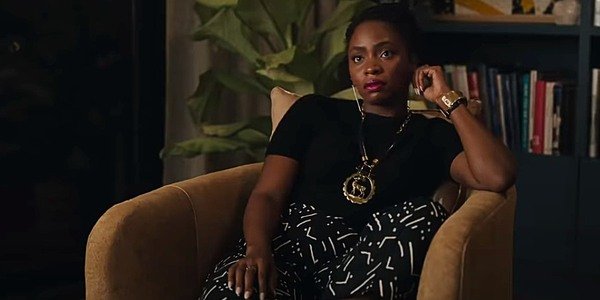 Performance-wise this is Yahya Abdul-Mateen II’s movie. The man is why cameras were invented. He plays Anthony McCoy, a local artist whose fascination with the urban legend of Candyman leads him to make some very disturbing discoveries. Been great to see Yahya Abdul-Mateen II’s rise over the past few years. From bit roles here and there to standout performances like Watchmen. Few leads have command of the screen like he does. He effortlessly conveys strength, but somehow there’s always a sense of vulnerability just lurking under the surface.
My only gripe is that thanks to our old friend Covid-19 I couldn’t see this in a packed theatre with a captivated crowd. I really miss the communal aspect of cinema. It’s our church, our place to worship filmmakers like DaCosta spreading their particular brand of gospel. By whatever means possible, please promise me you’ll see this. I’ll take it as a promise and look forward to everyone thanking me later.
If you see Candyman and agree or disagree with anything I've said, feel free to drop a line below or pop over to our Facebook page to play.
Candyman is scheduled for release on the 26th of August, 2021 in Australia. I fully appreciate that not everyone will be able to catch it in cinemas due to Covid restrictions.
- Stu 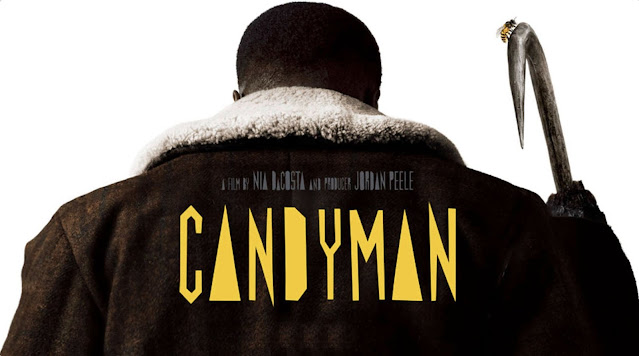