The Short Kiss So Long

It's been a long time coming, but I've made the sad (for me) decision to log off one final time and leave geek duties to Christof, Stu, Chris and Billy. While part of my decision is due to the constant guilt I feel for not contributing as often as I'd like, I've really decided that I want, and need, to spend every moment while not working, with my beautiful and ever supportive wife and my gorgeous little raspberry-blowing baby boy. While I say that it was a hard decision, it's actually a no-brainer.

I started this little venture as a way of expressing my love for all thing pop culture but it quickly turned into something else. That is to say, I had a hell of a lot of fun doing it and didn't realise that along the way we'd grown into a known entity in the Australian geek scene. In no way would I claim to be anything more than an idiot with a keyboard, but somehow I managed to build Geek of Oz into something at least vaguely reputable.

I was able to grow to a point where companies, and more importantly readers, knew of the site. To a point where I was seen to be a good option for presenting and hosting duties of the awesome Kapow! Comic Book Show, on Syfy's GoPop, the Sydney Premiere of Studio Ghibli's The Wind Rises and a fully booked Q&A with Yuko Miyamura of Neon Genesis Evangelion.

I spent years growing this thing into something more than just geek news and more importantly, more than just me. While meeting some of my absolute idols and heavy hitters such as Neil Gaiman, Frost & Pegg, and JJ Abrams is mind-blowing, what I'm really walking away with are friendships. Friendships with creators, distributors, readers and my fellow contributors.

Speaking of which, I leave you in the more than capable hands of Stu, Christof, Billy and Chris who have some grand plans for this little website. Some grand plans that I'll certainly be following, just like you, the reader.

Thank you for reading and for being a constant source of motivation to create content and to improve. The greatest compliment and biggest buzz was to hear "Geek of Oz? Yeah, I know you guys!", of course preferably when coupled with a smile. I can still be found in the monthly Anime Round-Up in JB Hi-Fi's STACK magazine and probably in the anime section of my local DVD retailer. Again, thank you for reading, your likes, follows, comments and support. It means more to me than you'll ever realise. 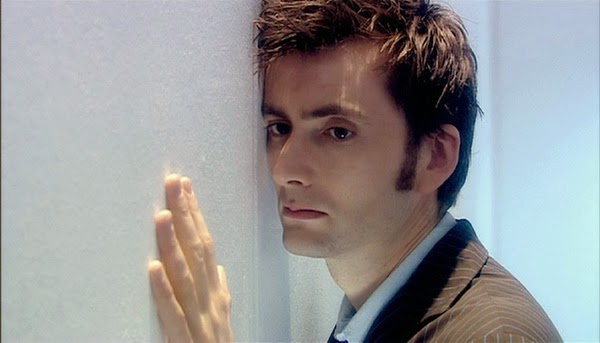